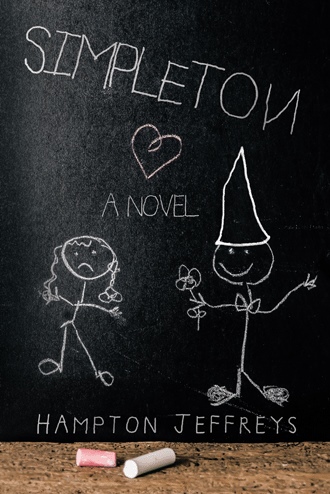 Hortense shrieked from the floor: “I think my leg is broken.” Her left leg was twisted underneath her.

Looking down at her, John said, “I don’t think I care.” Suddenly, he realized that he wanted to be as far away from her as he could be.

John Williams walked to the bedroom and began packing a bag. When he returned to the living room, the whole scene seemed quite ludicrous to him, which caused him to start laughing histrionically. David had hung up the phone and was staring at his father as if he were a lunatic; meanwhile, his mother was sobbing on the dining room floor. John Williams was still laughing as he walked out the door.

It seems David Williams is destined to suffer. As a chubby first grader unable to control his bodily functions, David is relentlessly bullied by his classmates, abused by his overbearing mother, who vacillates between smothery love and mental and physical cruelty, and confused by his sporadic relationship with his spineless, insecure father. While growing up in a less-than-ideal environment, David sadly remains a victim defined by the actions and reactions of those around him.

As David enters tenth grade, he develops a crush on Mitzi Williams, a beautiful fellow student who seemingly has no clue that he even exists. Things become even worse for David after Paul Emmett, a moronic jock, who is harboring a secret and somehow manages to attract the attention of Mitzi, and Kelly Lowe, better known to David as Satan, constantly find increasingly devious ways to make David’s life miserable at every turn. But when an unfortunate chain of events concludes on high school graduation day, David is left at a crossroads where he finally makes an important realization that changes everything.

Simpleton is a bittersweet, sometimes comical, coming-of-age tale about a young man who must rely on perseverance, inner strength, and courage to escape a less-than-ideal fate.

Hampton Jeffreys is a former paralegal who is happy to have finally achieved his lifelong goal of writing a novel. He lives with his family in Spartanburg, South Carolina. Simpleton is his first book.