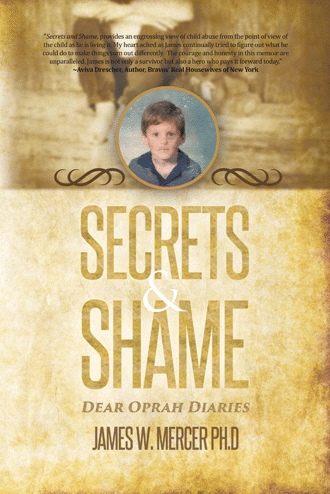 Every child needs a safe hiding place. I now know that it is no accident that mine was a closet. Weeds may have been visible coming up through the rotting wooden floors, but as soon as I closed the door, there were no lies, no cursing, no angry rants, and everyone and everything was perfect. I was a hand in a warm glove, a turtle in my protective shell.
I had a large stack of carefully folded clothes that hid a place I had cut out of the sheetrock. Behind that piece of sheetrock was a 2x4 wooden cross plate that held my journal with a picture of me at four-years-old as a bookmark.
Lots of kids have an invisible friend. My friend, my journal, was a tangible, perfect one – always there, always available, never angry, and yes, always willing to help me add another chapter to a book I would one day work up the courage to write.
When in my fantasy world in my closet, perfect was the operative word -- my mother was perfect – she was already a nurse who was out of town a lot caring for the ill in our county. She never got home from her long workweek in time to have sleepovers, no matter how bad she wanted to. She always drove a beautiful late model automobile.
My dad was also perfect – my favorite memories were of our imaginary fishing trips together -- the kind where guys are just hanging out without saying a word, but silently and lovingly supporting one another. Also, it was clear to me as an observer that they were somehow invisibly and mysteriously bonding.
Those were the stories of perfect families I first heard shared at funerals when a beloved parent or grandparent would die. They soon became my own story to anyone who would listen to me. Instead of imaginary friends, I survived on creating imaginary close relationships with live people. I could go into great detail about our fabulous father/son activities on Monday morning after a particularly brutal and chaotic weekend.
Every day I walked home from school in my too large, baggy sweat pants, girly colored oversized printed t-shirt, and too small shoes from the Love Center, a place where rich people left their used clothing for poor people to come by, try on, and take home. A sweet grandmotherly person, known to the entire town as Aunt Taylor, ran the charity out of her converted garage for a local Christian Church.
I asked her on one visit what made her smell so good. She told me a dear friend in the church had given her some sachet for her birthday and she told me the name. That night I entered in my journal, “Remember when you get rich to buy Mom some sashay called ‘Somewhere.’ Aunt Taylor gets it from the Avon lady.” I thought that was the most romantic name I had ever heard. Somewhere sounded to me as a young child like a place where life was devoid of pain and suffering.
My mother, two younger brothers, and I would sneak off to Aunt Taylor’s while my mother’s first and only husband, Terry, was out with his buddies drinking.
As early as I can remember in my journal and in my head, I started calling him Terry because he told me repeatedly he could not have been my dad because I was a sissy. After the initial shock and anger, I decided that was fine with me because I didn’t want him to be my dad any more than he wanted to be my dad. I remember vividly the day the evil twin in my head I called, “Jamal,” thought up and encouraged this secret act of rebellion. I decided that day that Shame and Rejection are the names of two-way streets in a very bad part of every small town.
When we found a shirt or pants we liked, we put it on under the shirt or pants we were wearing. That way, no one would ever know we took handouts. Taking handouts was a closely held secret in this small Texas town that meant you were poor, most likely prone to thievery, and certainly not to be trusted.
After some experience at the Love Center, I avoided unique clothes that could be identified as a younger siblings of a friend that had been donated. Once one of the rich kids, whose father owned a large company just outside of town, screamed to everyone that I was wearing a shirt his little sister had outgrown and his mom had donated to the Love Center.
I ran to the nurse at school, crying and upset. Between my uncontrollable sobs, she scolded me for faking too many illnesses, and sent me right back to class where everyone continued laughing and taunting me. As much as I loved it, I angrily shoved that shirt, crying audibly like an abandoned child, into a garbage can on the way home.
My brothers and I were repeatedly assured in both subtle and straightforward ways, that rich people were the ones not to be trusted. In fact, they were most likely the reason we were poor.
Terry would explain in many different ways how the rich had selfishly grabbed too much of the proverbial pie, leaving us with the crumbs they had accidentally dropped, or had magnanimously given to us to make themselves feel better. That was how Terry viewed all successful people.
The day I started kindergarten I met a new friend, Becky. She did everything to distract me from my unrelenting fear and sorrow that ensued the minute my mom left me at school. It was true I was sad for my mom to leave, but more than that, I was afraid of what Terry would do to her while I was gone.

James remembers the day he began to plot to kill his father, Harry: It was the day before his seventh birthday, and he finally realized his mom was not going to leave him.

Whenever Harry would beat his mom, James would think, “No, Dad! Stop beating Mom. Look over here at me. I’m the one you are angry with. I’m your sissy son, remember?”

Eventually, Harry would banish James from their Texas home, telling him he was going to pray he’d get AIDS and die. “Our family has been shamed and embarrassed enough by you,” he raved. “You’ll get what you deserve one day.”

James, desperate for the need to be loved and accepted for how God made him, turned to drugs, alcohol, and partying—and before long, he realized he was on the path to becoming an abusive alcoholic just like his father.

He shares how hitting rock bottom led to a Jewish spiritual awakening filled with love and an abiding faith in humanity in Secrets and Shame.

James W. Mercer, Ph.D. holds a doctorate in counseling psychology and a degree in funeral service. He owns a foster care and adoption agency focusing on the hundreds of children throughout Texas who have suffered abuse. He lives in Austin with his partner and three daughters and finds joy in his Jewish faith and community.