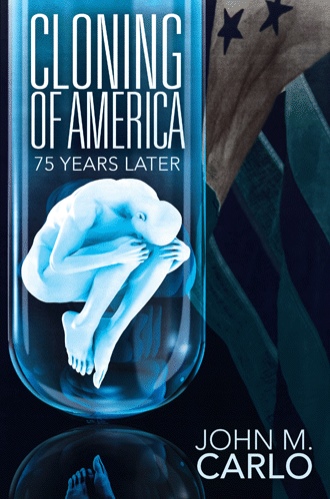 The inner circle of Nazi’s, prior to, during, and surviving the war, concluded that achieving victory thru warfare, was not achievable years prior to the actual end of the WWII. Nevertheless, they trusted that victory over the United States was eventually achievable…with patience. With all the stolen wealth from Germany and other countries in Europe, was now controlled by this elite inner circle of Nazi’s. Money alone, was not sufficient onto itself to declare a secret war on any one nation. Nazi German alumni held the trump card, they were the technological leader since the early 1940’s in cloning and harvesting of body organs, limbs, and complete humans. They believed in their ultimate goal, having a clone eventually being elected President of the United States. Time was their ally, they were prepared to wait 50, 75, 100 years, for however long it would take to achieve their ultimate goal.

The road for the inner circle of Nazi’s to achieve their goal of winning any war with clones, would be truly long and arduous. A secret infrastructure needed to be established. Thousands of clones needed to be created, raised, educated, and trained to be subservient to their masters. When the clones were fully trained, they were assimilated into the general population, but always on instant recall to serve their master.

The secret infrastructure front was a leading broadcasting company which controlled the airwaves, and the hearts, and minds of their listeners. There were secret technology driven laboratories manned by clones in the dungeons of the buildings owned by the broadcasting company.

The Nazi’s inner circle’s own technological quest for perfection, and product development, eventually led to their own demise as a result of one innocent American being shot by clones and a liquid with regenerative cloning capabilities, plus a powerful energy additive accidently entered his body. He eventually recovered from the gunshot wound. With the leadership of a quintessential American, the Speaker of the House of Representatives, directed a team of experts in undermining the inner circle of Nazi Germans, without the awareness of the American public.

The Nazi’s inner circle, ultimately succeeded in achieving there long awaited goal of having a clone elected President of the United States. Fortunately, a select few in government were aware of the continuing threat, and the need to continue the top-secret fight against human cloning and clones. As the number of clones continues to proliferate, the problem is no longer only a problem for the United States, but now, a worldwide epidemic as seen in the Middle East. Many more silent victories by the United States and their allies will be required to eliminate the threat from clones.

When Nazi Germany surrendered in 1945, the world was jubilant—and largely unaware of the technological capabilities that the Nazis had developed. Along with untold wealth and ambitions to create a master race, Nazi scientists had perfected human cloning, dispersing their facilities to remote islands that remained hidden after the end of the war.

Many of the inner circle who escaped decided that victory in an open war was not achievable—but that it might be possible to conquer the United States in time and with patience. Over the years, the Nazis work to install their clones in the US government, hoping eventually to get one elected president. But forces are at work to prevent the Nazi clones from taking over the nation. When auto mechanic Jon Donner is shot by clones, he is accidentally injected with a special gel developed by the Nazis that gives him superhuman powers. With these new abilities, he and the Speaker of the House of Representatives conspire through numerous clandestine missions to try to keep the United States safe and free.

In this science fiction thriller, as Nazi scientists work to install clones in the US government, one man inadvertently gains superhuman powers and works to stop their nefarious plans.

John M. Carlo is a former executive in telecommu-nications and purchasing. He holds BS and MS Degrees and has been published in business journals. An avid volunteer in church, community, and the Knights of Columbus, he received numerous awards honoring his business acumen and philanthropic heart. Born and raised in Paterson, New Jersey, he resides in Miromar Lakes, Florida.