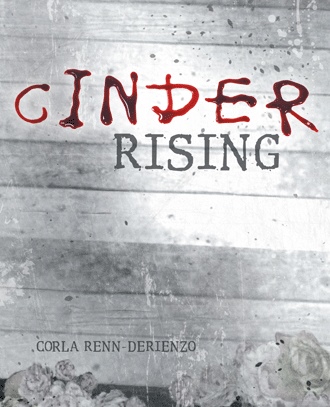 Her motel room was coated in blood; splattered, smeared, pooled everywhere, and lying on that cheap and already filthy aqua shag carpeting was Bryce, throat slashed clean across and back all the way up to each ear. The cut was so deep his head looked like it would topple off with the smallest movement. Elaine grabbed her stomach and began retching and heaving on to the carpet right beside his head, stumbling with disbelief and falling into her own vomit. "No! No! No! Damn you!" she cried out, scrambling to clamp her hands over the wound in his throat with some sort of delusional idea that it would bring him back to life. His green eyes that had been smiling at her so persistently earlier were now cold and lifeless, that sandy brown mop was nearly completely red and matted with his own blood.

Elaine has been running her whole life. She doesn’t get personally involved for fear of dangers that might befall anyone who comes close to her. When she meets Bryce at a bar, she shrugs him off, only to later find him dead—at the hands of someone Elaine knows too well. This final straw casts her into the waiting arms of Willow Tree Asylum. It all started when Elaine was four, and a young apparition appeared to her. She named this new playmate Cinder, a demented play on Cinderella, but her playmate was nothing like a fairy tale princess. Cinder instead did terrible things, but Elaine couldn’t let her go. Now at Willow Tree, Elaine hopes to find solace in therapy and journaling. She thinks Cinder might be a thing of the past—but she’s wrong. Cinder isn’t done yet, and soon, a deathly shadow lingers over the asylum and all who live there. Elaine can’t run any longer; she must face her fears, and in doing so, save the frightened people who’ve become her only friends.

Corla Renn-DeRienzo was born and raised in small town Iowa. She worked in the hospitality industry while pursuing her dream of becoming a published author. She is the proud mother of four and now lives in Florida with her husband Matt and their seven-year-old princess, Francessca, a mini Dachshund.