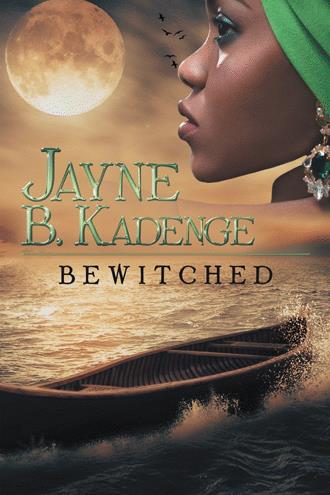 “Tatiana,” Jason interrupted with genuine amusement in his eyes, “when I said I wanted to talk, I didn’t mean talking about this room. Personally, I don’t give a damn who designed it. Have you ever been kissed---properly kissed?”
Tatiana felt herself drowning in a sea of emotions. She was disturbingly aware of Jason’s thigh pressing hotly against her own. Her mind seemed to have stopped functioning. It was like dead meat.
“I take it the answer is no.” He caught her chin and brought her face around. “I want to kiss you.”
When he pulled her in his arms, her breathing quickened alarmingly. Jason rubbed his thumb on her trembling chin. “Do you know what happens between husbands and wives once they’re married?”
Tatiana tried to think, but all she could do was feel. His large hands on her and his warm breath on her lips triggered sensations she never knew existed. “I’ve only witnessed dogs coupling, but I suppose humans don’t do such . . . ah . . .”
Standing up, Jason pulled her up along with him and brought her body colliding against his hard chest. “Let me,” he chuckled softly, “show you.” He crushed his mouth on hers, snuffing the breath from her body. He brought his hands down behind her, cupping her bottom and pressing her hard against his rigid arousal.
Tatiana moaned and gasped in thrilled shock as his tongue slipped deeply inside her mouth. Unconsciously, she pressed her hips closer to his, asking for something deeper, longing for it and yet afraid to know that she wanted it so much. Jason nudged her breast out of the gown and Tatiana felt it swelling and filling the palm of his hand while his fingers caressed her nipple. The fire inside her body intensified, and with it a panic that made her tear from his arms with a strangled gasp.
Desire was pouring like wildfire through Jason’s bloodstream. He had not imagined such a wild response from Tatiana. She wanted him, he knew that and she knew it too, but she was afraid. He watched her carefully covering her naked breast and turning her face away. With her hair tumbling around her shoulders, she looked extremely beautiful. He took a few steps toward her and put his hands on her shoulders. The moment he did, she sagged weakly against him, and he gently tilted her chin upward. Her eyes were wide and bewildered as she searched his face, then whispered, “Oh, Jason!”
She had felt it, then. This sexual attraction between them seemed to be pulling them toward one another with stunning force ever since she had entered that church. His hands started moving caressingly, igniting the fire, prolonging it, getting her where he wanted her to be. “How did you feel when I kissed you?”
Her lips trembled as her eyes dropped to his mouth. Jason felt his erection doubling in size. He forced himself to concentrate on what she was saying. “I felt afraid . . .”
“Why?”
Raw sexual tension built as she looked into his eyes. Even though his hands had stopped caressing her, Jason felt her giving in to him. She was powerless to stop the confusing desire welling up inside her. He wanted her to admit that she wanted him just as much as he wanted her. “Say it,” he ordered roughly, his fingers biting into her shoulders. “Do you want me?”
For a moment Tatiana could not speak. Then, as Jason’s fingers pushed both her breasts out of the gown and it dropped with a soft whisper to the carpeted floor, she gasped, “Yes, I want you, Jason!”
With a loud groan, Jason crushed her in his arms and kissed her deeply before leaving her to dim the lights. He discarded his gown and lifted her in his arms, following her down on the bed. There the magic began. Her breathing stopped, then started again, racing, while her body arched, asking for it. Jason huskily whispered, “Touch me!”

Albert Hinzano Kenga, Kenya’s tourism minister, is politically well-known and respected for his efficiency in everything he does and for his knack in finding solutions to the most complicated situations. For the first time in his life, Kenga is now at a loss on how to tackle this current dilemma. His daughter, Tatiana, has just turned eighteen, and in the African custom, she’s ready for an arranged marriage. But there’s a twist. It’s 1964 and Kenya has just gained its independence. In this new political and economic context, Kenga has entered into an agreement with the French minister for foreign affairs. Tatiana will marry Jason Becks, the French minister’s thirty-four-year-old son The alliance between Tatiana and Jason is intended to benefit both nations. But Tatiana is an independent young woman with career goals and Kenga knows she won’t approve of the plan. In the end, Tatiana accepts her fate and even falls in love. But Jason, a playboy in France, insists he has no intention of reciprocating her love. What might have become a true love story will now reveal true dangers.

Jayne B. Kadenge grew up in Kenya and later moved to France where she lived for twenty years. She currently lives in California with her two children Natasha and Maxime.