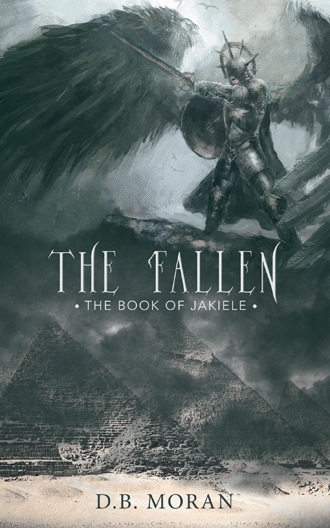 God made a promise to mankind to never again flood the planet Earth in retribution and offered a beautiful rainbow for man to behold as a reminder of that promise. Angels in Heaven that remained loyal to God, are eternal so they have no need to marry or procreate. They can transform their bodies to take human form or be invisible if they wish. They have also been ordered to infiltrate our society to keep an eye on Mankind’s activities, but they are only here to be observe, lead, influence and above all to follow ALL orders given by the Archangels who are directed by God. They are not allowed to disobey God. Ever. Only humans were given the gift of free will.

So why would an angel ever want to give up his holy position in Heaven and ever have the desire to be with a human woman knowing the awful consequences that would befall him? And her? For only the most potent reason in the entire universe. The most powerful reason of all. Love.

There’s a battle brewing on Earth, and it has been for centuries, between the loyal angels to God and the Fallen who took the side of Lucifer after the Great War in Heaven. Thankfully, Earth is watched over by the Archangels and by the lower level angels who have been ordered to take human form to keep a watchful eye on Mankind for God. Jakiele is one such supernatural being.

But the war that started in Heaven is far from over as the Fallen will do whatever it takes to once again gain dominion over the Earth and determine man’s fate. Zadikiele is the one demon they can count on to follow orders without question and see their evil goals to fruition. Zadikiele has no fear and will use or kill anyone who gets in his way and is ruthless enough to take on any angel foolish enough to stand against him.

Jakiele is forced into the fray when the woman he is forbidden to love becomes accidentally entangled in the Fallen’s malevolent plans. Zadikiele has every intention of using her to his advantage to accomplish the Fallen’s goals and then dispose of her. And so begins Jakiele’s race across time and space to not only save her, but mankind as well even if it means he has to give up his own immortal soul.

D.B. Moran lives in Spokane, Washington, with her husband and four dogs that she lovingly refers to as her children. Researching ancient history and cultures is her passion, and she loves turning her research into epic love stories.