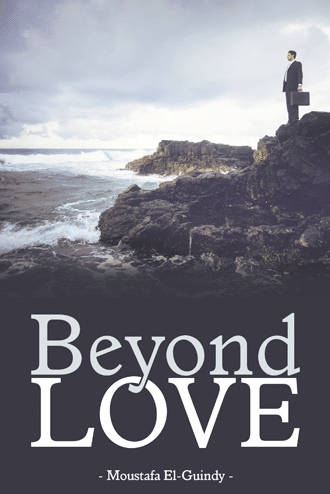 James is a man on top of the world, with a devoted wife and loving children, and now his dream job, director of graduate studies, was waiting for him at Southeastern University in the city of Newport.

At the university James formed a good team from professors and trainees and create an advanced and sophisticated program. After his new program is approved, the university authorizes hiring one of the trainees to help him implement it. But to his surprise, when Jennifer, is selected her name is rejected.

While James is fighting for Jennifer behind the scenes, he is surprised by her visiting him at his house and confessing that she is desperately in love with him. Jennifer’s love and passion are so overwhelming and persistent that James can’t resist, he falls into Jennifer’s arms. In bed they experience the most intense and passionate sex. The conflict with the director escalates and turns into a confrontation that ends with James’ dismissal from the university. James also loses his family and now only has Jennifer to rebuild his life. Jennifer leaves to attend a scientific meeting in another city, and James plans to go surprise her, hoping to spend a wonderful week with her. But upon arrival James is the one who is surprised–and devastated. He discovers that Jennifer really came to the meeting in order to spend the week with another man, Gerald Raymond Jenkins, exactly the one who opposed her hiring by the university and who induced the director to dismiss James.

James’ love dies in a storm of lies, deceit and despair, leaving him hopelessly alone, struggling to rebuild his life. Jennifer also has to face the same destiny one year later when Jenkins tosses her away like a rag doll when he has no further need for her.

The following years are tough for both of them, Jennifer looking for a job that never comes and searching for paternity for her son that no one recognizes. Life also isn’t easy for James; after years of struggle begins to rebuild his life, attending law school and embarking on a new career as a lawyer. But destiny isn’t done with him yet. When James is informed about Jennifer’s suffering and despair, he discovers that he cannot leave the past behind and must return and rescue the one who destroyed him.

The challenge is tougher than anyone can imagine. On the other side is exactly Gerald Raymond Jenkins, the man that made him lose his love, his dream job and drove him out of the university and the city.

What would you do if you had given up your whole life for someone, someone who had proclaimed their undying love for you, only to find that they had been unfaithful from the start? James, a prestigious university professor, struggles to rebuild his life and sanity after giving up his family and career for Jennifer, a young student that he falls passionately, hopelessly, frantically in love with, only to see his life in tatters after she betrays him, helplessly caught in her own web of deceit and despair.

After years of struggle he embarks on a new career and rebuilds his life… only to find that he cannot leave the past behind and must return and rescue the one who destroyed him. Moustafa El-Guindy tells a story of a passionate man who founders on the shoals of love betrayed, but finds hope and redemption BEYOND LOVE.

BEYOND LOVE is a tale of love, betrayal, anguish and redemption, the story of two people whose love dies in a storm of lies, deceit and despair, leaving them both shattered and hopelessly alone. James’ story discloses that one step beyond love can encompass love, life, and everything in between. Moreover, sometimes life demands from lovers more than just love. James faces the challenge of destiny and has to prove that his feeling goes far away beyond love.”

Moustafa El-Guindy is a PhD, dentist, and attorney who has published poems, articles, and books in Arabic, Portuguese, and English. He lives with his wife in Menifee, California.