Miracles on My Watch 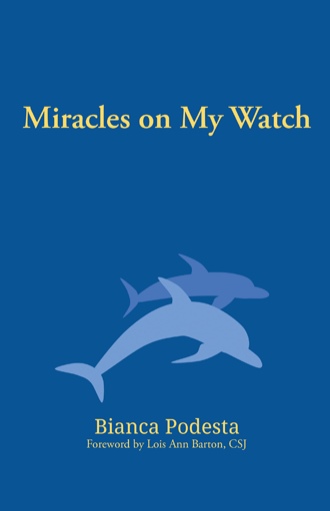 Indescribable, my relief at the clicking sound of seat belts being fastened. We had just boarded the plane from Miami to New York. I’d claimed my aisle seat over the wing, and Jenny, the bulkhead seat close to the front. Following ten days on a boat, we had no need to talk. About a month before, Jenny, swim buddy and new member in one of my churches, had shown me an advertisement for a scuba-diving cruise and persuaded me to sign up. It was a bargain, she said, at less than a hundred dollars a day.

We were a population of fourteen, counting the captain and galley cook. The 45-foot recycled barge had been rigged with mast and sails. On the night of our stormy crossing, its four huge propellers pushed us over the ocean toward the Islands. The captain assigned us, in pairs, to take spells at the wheel while he slept. The next morning, the deck looked like laundry day in the barrio with all our rain-soaked clothing hanging out to dry.

Caribbean waters are lovely and warm, but I never found the courage to tumble in with an oxygen tank on my back. Even during the required scuba-diving class, I balked at the heavy equipment and wouldn’t wear flippers. So, while Jen and the other guests, mostly male, took photos of shark’s teeth and coral reefs, my days on deck were spent reading paperbacks and acquiring a deep, probably dangerous, tan. Snorkeling happened only when the boat anchored close to shore. After making the best of it, I was ready to go home.

In my smaller carryon, chocolate from the bus trip around St. Maarten, a cold raspberry yogurt, and a new paperback insured a pleasurable journey. The couple in the adjoining seats seemed nice enough, but their little granddaughter sitting with her parents in the seat behind, chattered and sang non-stop. Eventually, I told myself, she will grow tired and sleep.

I had just settled in when a young flight attendant stopped to check my ticket stub and ask my name.

“Your friend said you were an EMT,” he began. Who, but Jenny, I thought, annoyed.

“My certification has expired,” I informed him, but listened to his proposal:

“We have a baby on his way to New York for surgery. His transport couldn’t make it. The captain asks if you would take care of him.”

Legal liability came to mind. I had been warned during first-aid training about the dangers of giving emergency care in public places. “How sick is the baby? “ I asked.

“He’s not sick,” the young man began defensively. “The surgery is—corrective.” He frowned, seemingly, at the responsibility of securing my agreement. “The baby is already here,” he said, “on the plane.” Anxiety kept him talking: “He’s fine, actually. Just needs someone willing to take care of him during the flight. You know, we want to make sure the person is—has—some skills. The stewardess, she could bring him to you. I mean, now, right away, in a New-York minute!”

An oddly persuasive soliloquy, I thought. Maybe he worried that my refusal might delay take off. I hesitated, trying to assess the situation. If the baby was not ill, there shouldn’t be a problem.

Looking relieved, the attendant took the canvas diaper bag off his shoulder, put it on my lap, and disappeared behind the first class curtain. I unzipped the bag to find predictable contents: a bottle of formula, diapers, a quilted pad, sterile wipes and tissues. The tiny white undershirt in a clear plastic envelope told me the baby was less than two months old. Only the eye dropper offered a grain of mystery.

This time, a female flight attendant came, carrying the infant wrapped in a blue blanket. She placed the bundle in my arms. Only his eyes were showing.

“His name is Carlos,” she said. “Call if you need anything.”

Eager to see his face, I turned my body as far as I could toward the aisle before lifting the corner of the blanket. The terrible empty hollow beneath his eyes increased my caution. Part of one nostril was missing, a gaping hole where his mouth should be. I peered into the esophageal opening. Even his chin had lost definition from an extreme cleft palate.

I hid Carlos’ face by carefully folding back the blanket so as not to interfere with his breathing. As soon as we were airborne, the older couple in the adjoining seats began to confer in whispers. The wife leaned over and spoke to me, conspiringly.

“I hope you don’t mind,” she said, “we are going to ask the stewardess to move you.” Her husband pointed at Carlos, and added,

I felt as though someone had referred to my own child as it. Moreover, I’d caught the man in a lie. His granddaughter surely had gotten a thorough look. The moment Carlos, all funneled in blue, was placed in my arms, her sing-song vocalizations stopped. As for being frightened, she showed no sign. She remained the entire time learning over the back of my seat breathing her peppermint breath against my neck. Shortly after her grandfather pushed the call button, the woman attendant who had brought the baby came walking toward us. Nonplused by my seatmate’s request, she smiled at my neighbors and led me, carrying Carlos, to the back of the plane.

A gifted storyteller with long experience in ministry, Bianca Podesta has a heart that recognizes everyday holiness. Here you will read how ordinary events and people have been transformed into light-filled windows that reflect grace and Presence. A just-baptized baby giggles, and an entire congregation is drawn into a new awareness of who they are. A dying man is given several months for “catching up with his soul.” From time to time you will be surprised by a story that cannot be easily explained. It will take your breath away—or, more exactly—give it back. Not always pretty or easy, these carefully nuanced and honest tales will challenge you to become more aware of the miracles in your own life.

“A journalist for twenty years, I am always on the outlook for a good story. Bianca Podesta’s Miracles on My Watch, derived from her work in churches as well as from widely different settings, is a treasure trove. Thought provoking and inspiring. I couldn’t put it down.”

Bianca Podesta has a Ph.D. from Union Graduate School and a M.Div. from Drew Theological School, with undergraduate degrees from Columbia University and Centenary College. Having served as pastor and pastoral counselor in New York and New Jersey, Rev. Podesta leads retreats for New Faith Communities for the Upper New York Conference of the United Methodist Church.