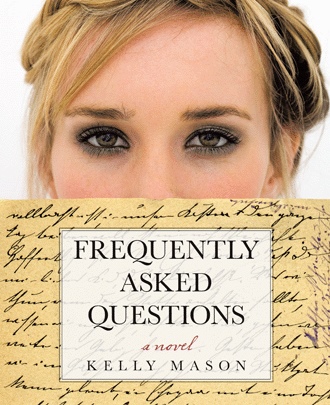 The phone rang and Jennie answered it. “Hello?”

It was Robin. “What are you doing?”

“Laundry,” said Jennie, wondering what on earth Robin expected her to say. Origami? Crossword puzzles? But she realized her irritation was unfair; this was just her sister’s way of starting a conversation.

“Well, you’ll never believe – I went to this meeting yesterday at work, on the big database project. You remember that. Anyway, we had to hire a consultant, and the one that got the contract, guess who they sent to the first project meeting?”

Jennie tried to unravel what all this meant and the question she was being asked. “Um…who?”

“Mark Crosbie. You remember him, don’t you?”

“He was one of those people I hung out with, that summer when I worked at Mario’s.”

“Yes! He works for this firm in the city, but he moved back here last month.”

“Did you have a chance to catch up?”

“Sort of. I mean, we talked after the meeting was over, and I gave him my card, and then today he called me up and asked me out. See, I knew there was a reason I had business cards.”

“Oh, yes. He – you know, we’re already friends, and you wouldn’t believe how much better looking he is now. He cut off that stupid ponytail. And he’s really nice, and he remembered all sorts of things about me from before.”

“But I still can’t place him. He had a ponytail? Would I have known him?”

“You must have been studying for your exams. You were so buried in books you might not have met any of those people. But anyway—” she brushed this aside as of no importance — “we’re going out tomorrow night and I wondered if I could borrow that blue top.”

“The one with the – I’ll just show you which one when I come by.”

“Not especially, just come on over. And stay for dinner, why don’t you.”

Jennie hung up the phone and went back to folding the laundry. She tried hard to remember who Mark Crosbie was and failed utterly. How was it possible that she had been living in the same town with Robin and yet had not known any of her sister’s friends? She knew which summer Robin was talking about, because she remembered studying for her exams – long hot days spent at her kitchen table, reading books and taking notes. And meanwhile Robin had been waiting tables at Mario’s, going to the lake, drinking beer and taking trips with her boyfriend – and who had that been? – to various small towns around the state.

A vivid image from that summer came to Jennie. She was on campus, trudging from Merton-Smithers Hall to the library (or from the library to Merton-Smithers), and she saw her sister riding a bicycle down the middle of the university’s main drive. Robin was wearing a loose blue cotton dress, and her hair streamed behind her. She rode with her back straight, looking neither to the right nor the left. She didn’t notice Jennie; she pedaled right past her, everyone’s head turning to watch, and continued on her way. And Jennie, then and now, envied her for her fearlessness, her buoyancy. What was it like to be so certain that nothing bad was going to happen to you and there wasn’t something less enjoyable you ought to be doing? What was it like to occupy the moment so effortlessly?

Now, changing the baby’s diaper and thinking with part of her mind about what she should make for dinner, Jennie devoted the other part to comparing herself to her sister. For most of her life she had been in Robin’s shade, and normally she didn’t care, feeling that her existence was more comfortable that way. Her experience in high school had been much different from Robin’s. While Jennie dated two or three boys, and none of them seriously, Robin had one boyfriend after another; no sooner did she break up with one than another appeared. Or so it had always seemed to Jennie, who remembered them all now as she cleared off the kitchen counter in preparation for cooking. There was Darrel, then John, then a boy whose name escaped her but whose soft brown eyes she recalled fondly. Then Eddie, then Michael, then… After a while they all seemed to blur together. Robin herself, come to think of it, was a kind of blur – never in one place for long. When Jennie was in college, she studied; when Robin was in college, she went out to the bars, and made decent grades only because she managed to get off to a good start every semester, before her social life became too demanding. And what had all of Jennie’s hard work done for her? She had exchanged one kind of drudgery for another, and meanwhile Robin was still sailing along, turning heads, and no sooner did she run into an old acquaintance than he asked her out on a date. To Jennie it all seemed a little unfair.

Robin Dormer is looking for expanded career opportunities when she accepts a job as Assistant for Special Projects for Daniel Fenwick, the deputy director of the Camden State Hospital. Through a period of growth, Robin copes with her new job at the mental-health facility in her Midwestern college town, a new romantic relationship, and a new understanding of her place in the world.

Meanwhile, her sister Jennie, settled into marriage and motherhood, also begins to see herself and her family differently. She starts reading a journal written by Anna Fielding, an English clergyman’s wife during the nineteenth century. The volumes, dating from 1853 to 1888, show how women’s lives and relationships have changed, and have stayed the same, from generation to generation.

Frequently Asked Questions blends Anne Tyler and Anthony Trollope, modern women and Victorian ladies, to offer an absorbing story about the choices we face as we navigate social life and relationships.

Kelly Mason holds a PhD in English literature, specializing in the Victorian novel. She has two children and lives in Kansas.