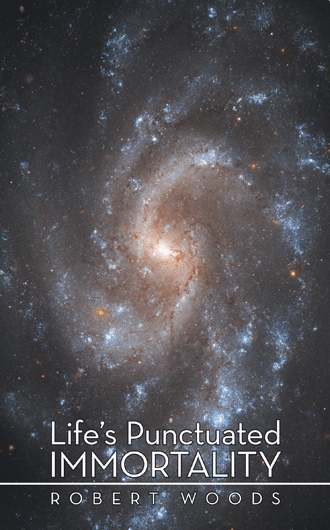 Color and contemplation are transfigured by romance When passion blossoms upon the atmosphere all tinctured divine. And rarefied, reflected, visionary forms entrance Perception, as symmetry and radiance distant intertwine, Till vaporous born across the firmament such bright rainbows Palatial, in spectral luminescence transcend the vast cosmos.

The wave of color binds our sentiments before it fades. For each emotion, is a subtlety in hue expressed, And through life's noble journey, may we add these tints and shades To vivid cast a rainbow in prismatic lightbeams blessed. Ephemeral are the tones of life bestowed on halcyon skies, When heralded by the rainbow arched above its golden eyes.

Soft, outspreading light of dawn Intensifies to veil the rose, Resplendent as a cabochon Which, faceted by petals, glows. Placid neath the skies, while glassed in dews, A tenderness, and love of life, the rose renews.

Elegant, in bright pastels, The blossoms, exotic textured, stream Cascading, arching o’er walls in swells, Interwoven like a dream With images, the tapestry sublime, Profuse, phantasmagoric in the lush springtime.

The glossy leaves are dense, reflective Of morning sun as blossoms twine, With canopies of color perspective Diverse, majestic in design. Harmonious arrayed, the cycles of bloom Adorn the hillsides, plains, and many motifs assume.

Through fragrances, bouquets impart The auras of emotions bound, Deep recessed, within the heart; Yet sentiments unleashed, profound As love, are interlinking like the rose— Each added like a petal, life’s story would compose.

I am the spirit of the cosmic sea, And rule the universe star showered in fire, With tentacles of streaming rays, that free The orbs from dark and nurture life's desire.

I spun the galaxies' magnetic maze, And threaded light through curvature of time And space, with gyres of interstellar haze Embosomed in a mathematic chime.

My heartbeat spawned the moment of creation, My pulse ignites the supernova burst, Yet fated is a lifeless desolation When I depart, with darkness then dispersed.

A cloud veiled luminescence spans the wave While winds uplift our vessel from the shore; And rhythmic through vast ocean spray we brave The swells accelerating mid a roar Of waters ghostly crested, lashing free Till formless in the firmament of night, Where stars are clustering, and rotate toward the sea, Sparkling as spumescent lathered light. And through the mists a sanctity unveils Mid glow impalpable as light of dreams; For visionary illusion fancifully hails From tidal distortion, chaotic neath moonbeams. And homeward bound, we glide toward sandy dunes, Reposed o’er spreading sea where life communes.

Expression is a universal veil, A modulation within, refined, urbane, Woven of passion, love, in rich detail: Melodious as the metric pulse of rain Outspreading far, till waves of softer strain Lavish distill in dawn’s angelic light. Such atmospheric dreams and blessings humane Integrate, upspringing into flight Unto aesthetic bliss, all beautiful and bright.

From “Enlightenment of Mankind”

The universe is mortal like all matter, A gelid field entrancingly imbued With stars and interstellar gas, which scatter Their cosmic splendor in vicissitude. It speaks with life transformed through genes accrued: And, in summation, all things may embrace Profoundness and a sanctity, construed As adding radiance to the deep of space, A spiritual and scientific interface.

Marmoreal whiteness images the Earth Compassing the constellations bound By a universe entropic since its birth. And synchrony of systems most profound Creates a rhythmic order to propound-- That thoughts conceived, envisioned as volition Are labyrinthine symbols which surround Contingency of cosmic acquisition Inherent in the fire, explosive toward cognition.

The deeper and more fundamental laws Reveal a statistic order to all things, Evincing mankind’s anthropocentric flaws, And cast reality perchance in strings Or quantum gravity as spacetime springs Discrete, emergent in a causal way: And godliness in nature spreads its wings, As paradigms for self-awareness may Immortal live in quantum fluctuant array.

Oscillating through eternity Are ripples in creation’s afterglow, Wherein primordial seeds of destiny, Born of quantum fluctuations, grow As galactic wreaths whose heavenly rays o’erflow And pulse with stellar wind the astral zone, Where rhythms of life and enlightenment bestow, With light of dreams, a contemplative tone Illuminating fate, amidst the dark unknown.

From dreams enfolded in quiescent mood, To billows sounding through the tidal zone, Are magnanimity, and fortitude, Far reaching in supernal overtone; And loftiness binds notions which enthrone The genesis of love, triumphant born Unto the heart--as seeds are lightly sown, And, burgeoning, in blossoms rich adorn The sphere, which in its loveliness awaits the morn.

From “Enlightenment of Mankind”

As quantum eternity explosive shattered, A multiverse of fire configured morn, With vestiges, the universes scattered, Reflecting, from separate laws of physics born, Such fabled conformations—vast, timeworn By exotic metamorphoses: and one, Unique, through inflation’s void had shorn, And streamed in galactic splendor with a sun Neath which a blue-green world of self-awareness spun,

For space and time were unified as day, Crystalline, divine o’er Earth’s domain Evolving toward life, which through its gladsome lay Shone light upon lush fields to ascertain The rhythm of the ocean and the rain, Rebounding in cycles, replenishing the sphere, Melodic as the pulse of eve’s refrain Cadenced above, a vaulted chandelier Of starlight infusing into the essence of life’s cheer.

This glorification of nature, in general incorporates themes of Darwinian evolution through natural selection, extending to investigation of the origin of life from elements made in the stars, to contemplation of consciousness, self-awareness, laws of nature (physics) and probabilities of exact duplication of life-forms (including man) over stretches of time and planetary realms (our punctuated immortality). Overall, there is celebration of the gift of life through each incarnation of birth, death and rebirth in view of science and thoughts of spirituality. The subsuming principle throughout is “love,” from its haven in the light of dreams to magnanimous configurations that sustain the ethos of humanity.
And life’s summation can be visualized in the dream-light from the poem “Rainbow;”
The wave of color binds our sentiments before it fades.
For each emotion, is a subtlety in hue expressed,
And through life’s noble journey, may we add these tints and shades
To vivid cast a rainbow in prismatic lightbeams blessed.
Ephemeral are the tones of life bestowed on halcyon skies,
When heralded by the rainbow arched above its golden eyes.

Or from dreams in the creation of legacy and,
ultimately, a consummation of the human species.
How privileged we are with self-awareness,
To momentary glean the cosmic splendor
As part of visions, doubts and thoughts of fairness,
Of how the human species may engender
A code of ethics, and historic render
Our consummation--carbon based, which cast
Unto the void of time and space, would tender
Ethos and quintessence of our past
And future legacies, should dreams survive steadfast.

--from “Enlightenment of Mankind”

ROBERT WOODS is a retired physician, having practiced psychiatry and neurology. He lives with his wife, Deidra (also a physician, certified in hospice and palliative medicine), near Tampa, Florida.