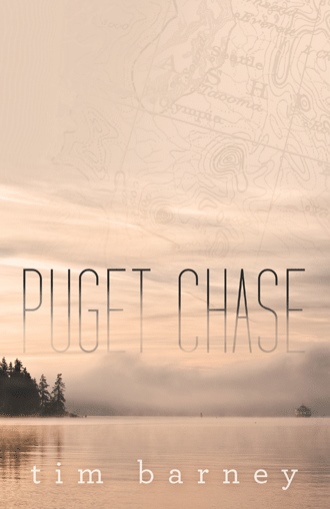 Davis Jefferson, known to his friends as Deej, lives on Bainbridge Island in Puget Sound off the coast of Washington. He’s a good natured, well-meaning guy with tons of friends. He wishes the best for everyone, which is why he’s friendly when newcomer Deirdre arrives in town with her young son Jimmy, all the way from Manhattan.

However, Deirdre has a dark secret. She didn’t move for a change of scenery; she moved to escape a dangerous past. She’s hoping to run from regret and find freedom in her new home, but the past has a way of coming back. Deej just happens to be in the right (or wrong) place at the right time and becomes embroiled in Deirdre’s troubles.

The hunt for revenge is on. Deej and Deirdre have to dodge kidnappers and murderers in a world of misdeeds and gambling. Luckily, the small Puget Sound community bands together to protect their own, so ordinary folks and a troupe of war veterans team up to fight some angry mobsters in the hopes of good conquering all that’s evil.

A compelling action-intensive thriller that examines the idea which mankind ultimately seeks and needs--to be seen and understood and for others to take us as we are. This riveting tale highlights the fight between good and evil and the gray area that lies between as Barney’s characters struggle for the things that matter most to them--family, honoring thy self, and love.

tim barney is an avid reader who decided to try his hand at writing. A native of Ohio, he travels often and fell in love with the beauty of the Pacific Northwest where Puget Chase is based. His next novel will take place in the coastal Lake Erie region.