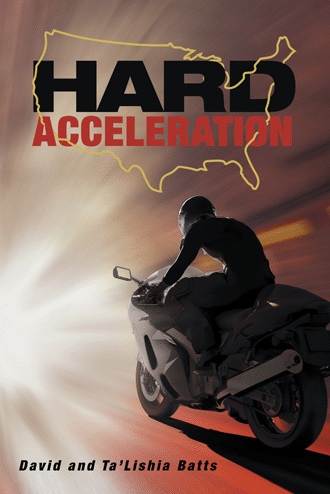 As I sat in the living room trying to watch television, I had to listen to Maria, for the sixth hour, complain about why I was honorably discharged from the military. She felt that she could have had the good life and been a travelling housewife, if I had passed the last physical training test and prevented getting out. I tried to explain to her that running two miles in sixteen minutes and thirty six seconds was much harder than it sounded and she needed to try it if it looked so easy to her. I have always had a problem with running fast enough to beat the clock. The quickest timing I have made the two miles in was fifteen minutes fifty three seconds and that’s when I was younger and had only fifteen minutes, fifty four seconds time limit. However, four years ago when I became twenty two years old, my time limit was increased by forty two seconds. I did the two mile run in sixteen minutes, forty two seconds and I felt as if my time was done. I could not believe it when my commanding noncommissioned officer started the paperwork to out process me from the Army over ten seconds. He did warn me earlier that it was my second failure, but I was burned out with the military by now. I was tired of eating meals based on the caloric labels and the tape measuring to figure out my body fat percentage. Most of all I was sick of the constant remedial physical training that I was required to do, because I had difficulties with the two mile run. I felt that I was not made to run and it was ridiculous to push someone that hard.

After being discharged from the military, I found it difficult to find a descent paying job in a small college / military town with only a high school diploma behind me. I landed a job as a construction worker after my first three months out the military, as a shoe distribution warehouse worker. I soon grew tired of not being on a path towards a trade and just doing laboring work, so after seven months of that I finally got another job under the apprenticeship program in a mechanical construction company. I was a plumber’s apprentice through a government program from when I elected to have one hundred dollars deducted from my pay each month for the first year in the Army. I worked this job proudly for three years and four months until yesterday when my supervisor handed me a pink slip stating that I was being laid off. The company was not bidding jobs as regularly and he said that they would call me back in a few weeks. I was confident that they would call me, but I was unsure how long it would be. I would have gone looking for a job this morning, but Maria said that she needed to sleep, so that she could go back to work tonight and I was watching our eleven month son walk around the living room holding on to furniture. I wanted him to have the freedom to explore, but I was preventing him from putting things in his mouth and injuring himself. Tomorrow morning I was definitely going to look for a job, because I am used to providing for my family and the bills will soon start getting behind. As each minute ticked by I grew angrier and angrier with Maria, as she kept reminding me of how I failed to stay in the military. I finally said to her “You got in this morning at eight thirty and it is after three ‘o’ clock. When are you going to bed and let me watch our son?” She stated “I’m just making sure that you don’t let him get into something while I sleep.”

I politely got up and went into the bedroom and got my motorcycle helmet, wallet, and keys. When I came out Maria asked “Where the hell are you going?! You need to watch this baby, while I sleep!” I responded “You’ve been fucking with me for six hours, you figure it out!” I was glad that I had backed it in earlier, because I did not have to wait around to face it towards the street. I woke up the 1986 Honda VF 500F Interceptor from its rest, mounted it, and left leave. Maria came outside and said “Davin! You know you are abandoning your family like some fucking dog! I haven’t had any sleep yet and our baby needs you!” By now I could care less about what the neighbors heard, because they did not have to put up with Maria’s mouth and it was none of their business what we were discussing. I made a left turn onto Allen Road and sped off, as if I was trying to redline the bike. I went to a gas station near Highway 24 to withdraw some money for gas. There were three people ahead of me at the ATM, as I waited in line to withdraw my money. Normally, I would have been impatient and wondering why all of these people were in my way, but this time I was contemplating whether I should stay home or leave town right now. As the last person finished using the ATM, I had convinced myself that I was too young to fuck my life up in this town with Maria and it was time for a change. I made a withdrawal for two hundred dollars for gas to make it to Little Rock, Arkansas. I would go back to my home town and stay with my parents until I started over again or possibly attend college, so that I could get a job that paid descent enough whereas I didn’t have to live below the poverty line.

I paid the clerk eight dollars for the amount of gas I suspected that I needed to fill up the bike. While I was pumping my gas, I thought to myself that I would only be leaving behind my clothes, because my parents had taken home my important papers two weeks ago when visiting. We had a long talk about what happened these past few years and they suspected that I wanted to leave also. I had given them my important papers to take with them, in case of a hasty departure. As the numbers continued to roll across the gas pump, the thought came to me that the reason I kept the bike through all of this was more than it was merely cheap transportation. It was my livelihood and the only pastime that kept me from going insane. I finished filling up the bike and went to get my change from the prepaid purchase of the gas. It did not quite take eight dollars to fill up the tank on the bike. As I was walking out I saw my red, white, and blue motorcycle parked and realized that I had my only prized possession in this world that I could call my own, with me. I mounted the bike and left the gas station thinking about what kind of life could I provide for my son, constantly arguing over him with Maria? If I left and started over again, Davin Jr. would not have to hear his parents argue over him on a daily basis. I could also set myself in a better position to make more money to send here for my son. I could attend college and better myself in the process. I got on Highway 24 and headed to highway 177 to get on Interstate 70. I did not feel like taking Highway 24 to Kansas City, because of the fifty-five mile per hour speed limit. When I made it to Highway 177, I began to think about my job and realized that I was the only African American in the apprenticeship class and none of my other classmates got pink slips. I probably was weeded out for my skin color and would have not received a call to return to work. I felt that even though I was a third year apprentice, I was used more as a laborer to clean up behind everyone on the jobsite. I did not get the opportunities like the others to follow behind a journeyman level plumber and really learn the trade, like I should.

Instead, I was assigned to different plumbers and was cleaning up the mess they made installing pipes on the site or doing laboring jobs that they did not want to be bothered with, such as digging holes to lay pipe in or drilling through one foot thick concrete walls to run pipe through. I was in so much of a rush to leave Kansas that I found myself doing seventy miles per hour in a fifty-five mile per hour zone. I maintained my speed, because I was used to traveling this way to Topeka and there was no police around.

Davin Jamison is already burned out when he receives an honorable discharge from the United States Army. After he lands a job in Manhattan, Kansas, his life seems to be on track until his boss lays him off. As a father and husband, Davin already feels the pressure as the provider. But when his wife continually reminds him of his failed military career, an angry David abandons his family for a new beginning in Arkansas.

Anxious to see Kansas in his rear mirror, Davin pushes his motorcycle to its limits. After he speeds past a trooper, the officer pursues him on a death-defying chase into Topeka that grabs news coverage and the attention of two men who bail him out of jail. Donald Walker and Richard Sharpe have been searching for the right driver to represent them in the Transcontinental American Race. As an alternative to prison, they invite Davin to participate in a coast-to-coast race with sixteen others that include an Englishman, an ex-marine, and a beautiful Porsche test driver. As the race begins, Davin soon learns that speed limits are simply suggestions.

In this fast-paced tale, a young man leaves everything behind to learn what he is truly made of during a transcontinental race through America.

David and Ta’Lishia Batts are originally from Pine Bluff, Arkansas. Conceived in 1998, the Hard Acceleration series was completed in 2006. After spending six years in Memphis, Tennessee, David currently works as a travel nurse throughout the state of California, while Ta’Lishia Batts resides in Dallas, Texas. This is their first novel.