A Memoir of My Adventures in France 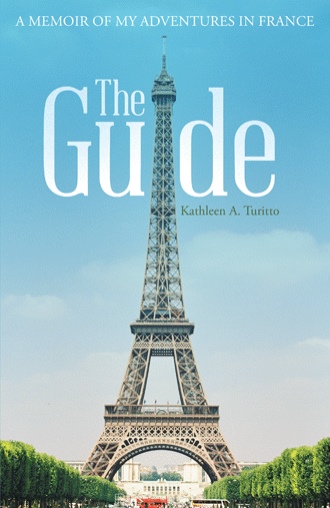 Kathleen A. Turitto is in her late sixties when she tries something new: taking French classes at Palomar College in San Marcos, California. Under the guidance of Professor Ray Adams, she learns to read and even understand conversational French. She is feeling confident when she sees a notice on a classroom bulletin board that reads: “Enroll at the Sorbonne. One month—$999 including meals, lodgings, excursions, and air fare from Los Angeles.”

As someone who is always looking for a bargain, she jumps at the chance—naively thinking that if she can read and understand French, she can easily learn to speak it.

In this memoir, she looks back at her journey to France, and how once there, she navigated taking exams, finding her way through Paris, networking with students, and conquering her fears. Along the way, she meets people she’ll never forget, including an Australian named Paula Burk, who she runs into by happenstance at a cafeteria. Soon, the two women are enjoying each other’s company over coffee, meals, and warm conversation.

If you’ve ever felt too timid to try something new or embark on an adventure by yourself, then you’ll be emboldened by these recollections.

Kathleen A. Turitto was born in Akron, Ohio, in 1915. She began her professional career as a legal secretary to her father. She had two children and briefly lived in Indiana before moving to California, where she lived many years. She moved to an Oregon retirement facility in 2010.