A Book of Powerful Secrets to Finding Happiness 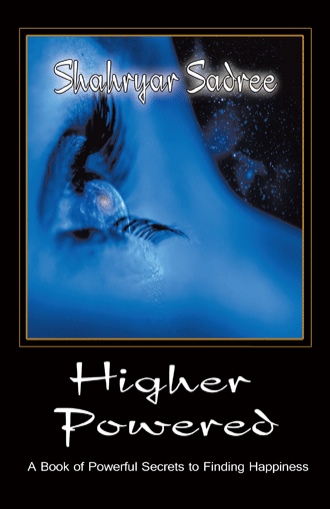 Challenging our Assumptions
For too long we have been led to believe that it is better to accept what we are told rather than to make our own discoveries. Most of our own belief structures developed over the course of many years through constant repetition, from various sources of information. We're blitzed with a fixed set of options on what's true and what's fiction, and then expected to choose the “right” path. Any attempt to challenge these options may lead one to be labeled as an outcast.
Ask anyone walking out of any house of worship if they believe in hell, and they will most likely respond with scripture. What they will tell you is that their testimony is the word of God. What they cannot and will not accept is that the words printed on the pages of their holy books were written by men. Furthermore, the chapters in those holy books were edited by men of power. This is a very hard pill for them to swallow, because if they were to accept and acknowledge even a fraction of that truth, their whole concept of what they were taught to believe will crumble brick by brick. So, herein lies an illustration of the root of our suffering. If people would use their own senses to guide them, instead of scripture given to them to follow by others in power, life would be different.
There are more than 7 billion people that populate the planet we call Earth as of 2015, and that number continues to grow by the second. These people all have their own beliefs, and most stand firmly behind them. When it comes to matters of faith, there are many religions, and each have their own version of the “truth”. So who is holding the real truth? They can't all be right. Truth is based on fact. Only those opinions or theories that prove to be factual can be accepted as truth.
First, let us be clear. None of us were around to see what really took place during the times of the birth of the ancient religions. The only testament we have to go by is what was written and edited by men in the past. So, if our whole way of life and belief system is dictated to us by the opinions of writers from the past, how do we really know what we are told to believe is the real truth? It is very easy to take the word of another and make it our own. It takes time to research it ourselves. The fact remains that we will never know until we do.

“If you tell a big enough lie and tell it frequently enough, it will be believed.
Adolf Hitler

You have more power than you will ever know. It has been said that humans only use a small fraction of the mind’s ability. What if you could unlock that unused potential and open the doorway to your dreams? What if you could make that your reality?

Author Shahryar Sadree’s Higher Powered: A Book of Powerful Secrets to Finding Happiness takes you on a journey to open your mind, awaken the spirit, and unfold the real truth as to who you really are. From there, you will learn what it means to have power, and your life can change forever. Sadree pieces together historical events, science, and his own discoveries to pave a way to a better understanding of human behaviors. He discusses the necessity of changing how we think to achieve a truly happy life. In down-to-earth language and a friendly tone, the author delves into why we think the way we do before embarking on the difficult yet achievable task of changing how we think.

Most of us have no idea how much power we have as creators inside a human body. Higher Powered: A Book of Powerful Secrets to Finding Happiness helps you find that power and use it optimally.

Shahryar Sadree is an international artist and musician on a spiritual journey. After battling addiction and its aftermath for thirty-five years, his life took a turn for the better. This book is the result of that change. He lives in Florida with his wife, Angie, and their many rescue animals.