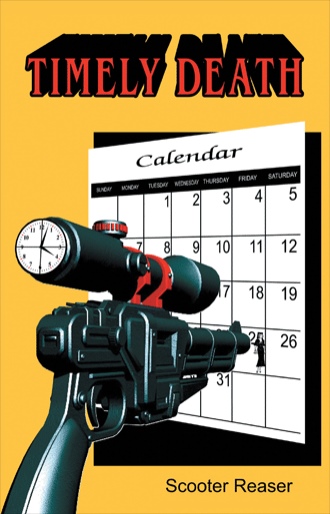 PROLOGUE
The crosshairs of his scope were positioned perfectly on the podium where his target would appear in a few minutes. He was no sniper or trained killer, just a casual hunter with good marksmanship skills—abilities he hardly needed for this shot. His target was a mere two hundred yards from his concealed position and there were no security precautions in place. This was simply a Ladies Garden Society, a function to award a plaque to his target for a donation of some sort. This event was nothing political, no high value targets or attendees. Only a couple of wives of local politicians were there; the remainder was made up of those unable to come up with an acceptable excuse for not attending.
The situation was so impersonal and the cause so just that he knew he would have no remorse for the act. He would just pull the trigger and walk away. The rifle was untraceable and would be left behind. In the din and noise of the traffic below, it would be long after he was gone before anyone determined where the shot had come from. He had no apparent motive, did not know the target, had never met her or even seen her before; there would be no ties to him.
If not for his intervention, this event would not even make the back corner of the back page of the evening edition. Even with the incident, it would not make the front page and would be simply regarded as a random act of violence by some psycho.
The real motive would never be known but to a few like himself.
A limo pulled up near the curb, and his target emerged and went to stand next to the podium to be introduced. She was striking; even in the modest attire probably chosen to fit this occasion. She was a fox—Well—maybe some remorse.
Now she was standing absolutely still, with nothing between her and the rifle barrel. He centered the crosshairs on her bosom. He began to take up the slack in the trigger when he sensed someone else’s presence nearby.
Without warning, something like a thin, steel wire slipped around his neck from behind. It was jerked tight as he pulled the trigger that fired the shot.
He was dead before the bullet struck the wall behind and to the side of his intended target.
One of two men who had just taken part in killing the shooter kicked the rifle out of the dead man’s grasp,
“That was cutting it a little too close, Tom,” he said. “We almost lost her this time.”
“You’re right, John.” Tom nodded. “It seems funny that we are trying to save her when soon we will be trying to kill her.”
“Yep,” said John. “Timing is everything!”

It is open season on the mega-wealthy of America as they are methodically assassinated one-by-one. Samantha “Stormy” Gail, the beautiful thirty-something widow of one of the wealthiest men in the United States, has already narrowly escaped several attempts on her life. Without a clue as to who is trying to kill her, she heads to a remote island to seek counsel from Ross Barr, a high profile lawyer turned recluse.

Ross, a bachelor who is protective of his past and choices in life, divides his time between a home on Elizabeth Isle and a yacht in the Caribbean. After he reluctantly agrees to assist Stormy in her quest to determine why she is being targeted, they embark on a dangerous journey that takes them through the Caribbean on his yacht, and eventually on a plane to a clinic in the Alps where the dead still live and each answer leads to another question. But when Stormy’s past rises up to confront her, both she and Ross must pursue the truth within a mad world where insanity and revenge rule.

In this legal thriller, a stunning widow and a reclusive attorney instigate an international pursuit to find those who want her dead and determine why she has become their target.

Scooter Reaser is a retired class action trial attorney of forty plus years. He and his wife, Gail, live seasonally among homes or boats in the Northern Caribbean, Northern New Mexico, and South Texas. Timely Death is his debut novel.