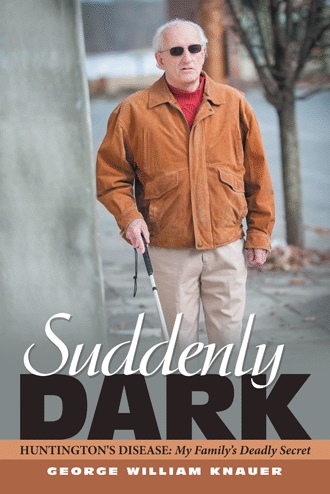 Now that I am in my mid-sixties and reflecting on my life so far, I realize it has been one hell of a journey. I don’t blame any of my misfortunes on my family or childhood circumstances, including foster care from age two to seven, Wiltwyck School for Boys from eight to twelve, being returned to a house full of strangers, and a lifetime of dealing with Huntington’s disease in my family. This book is about survival: a lifetime of dancing with the devil and not giving in to life’s demons

Death, that miserable son of a bitch, has been chasing me since I was an infant. At eighteen months I was almost dead from pneumonia, dehydration, starvation, and weighing only eighteen pounds. At the age of ten, in the middle of winter, I fell into the low side of a dam and quickly sank to the bottom. Seconds before death, I was snatched from the frigid waters. At the age of twenty three, in a middle of a blinding snow storm, I drove off a fifty-foot cliff crashing through the frozen river and sinking to the bottom. Somehow I managed to get to shore. At the age of twenty seven, while headed home from a job with a little excess speed, I rounded a sharp corner. Ten feet before the railroad tracks, I heard the train's whistle. It was too late. I hit the lead engine broadside and bounced off three or four additional locomotives. When what was left of the truck finally came to rest, I was extricated. Death has continued to chase me over the past sixty-six years. In 2002, a critical event caused my near-death experience and total blindness. On August 5, 2006, I fell out a third floor window crashing onto the cement sidewalk below. I've been re-built with some extra screws, bolts, wires, and pipe. I will not let life-altering events get the better of me. God has a reason for keeping me here.

If there is anything I have learned, it is that you can’t plan your life because it can change in a blink of an eye, or in my case, the blink of both eyes - - FOREVER SUDDENLY DARK. Sit back, and let me start from the beginning.

George William Knauer never had an easy life: He grew up as one of seven children and was placed in foster care after his mother was institutionalized with Huntington’s disease.

He ended up at Wiltwyck School for Boys, a reform school supported by Eleanor Roosevelt. When he left school after the eighth grade, he threw himself headfirst into the plumbing and heating field. He established his own plumbing and heating business, marrying and divorcing five times along the way.

When he was in his fifties, Knauer went completely blind, but he continued to take care of two of his brothers—and he kept working as a plumber under the name Blind Mice Plumbing and Heating.

But not everything went smoothly: He survived numerous near-death experiences—even falling out of a third-floor window. After each ordeal, he successfully reinvented himself and continued living life.

In telling his story, Knauer shares what it’s really like to deal with Huntington’s disease. James Pollard, a world-renowned authority on the disease, has lent his expertise about the disease throughout the book.

George William Knauer was born into abject poverty as one of seven children. His mother suffered from Huntington’s disease, and he and his siblings were placed into foster care at an early age. He was a successful plumber and owned his own business before going blind in his early fifties.