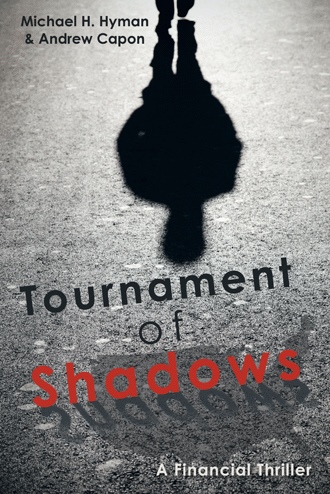 Saul Linderman would much rather have stayed in his hotel room reading the International Times. But he had been invited to a cocktail party downstairs. Some celebration – he couldn’t remember what it was about. A trader’s birthday he thought. But Joel Schwartz had opted out claiming another engagement. Well this was an opportunity – one of the traders might have one too many drinks and would let something slip. He laughed inwardly – that’s probably why they invited him. They hoped he would let something slip. He was not afraid of that. He could be the soul of discretion. He wondered if Nicky would be there. She was evidently the right arm of Joel Schwartz, A billionaire hedge fund owner could probably have his pick of gorgeous women. Yes, Saul was sure she would be there – dressed in some slinky black thing with a cleavage no one could take their eyes off of. What was her real function, he wondered? To get old men like himself – he felt very old tonight – to reveal something? No. Saul had lived too long for that. The oval gold-framed mirror hanging above the faux Louis XIV bureau caught his image as he stared at himself. “I am getting too old for this,” he thought. “If something strange is happening, let the younger ones look into it.” He rubbed his hand over his eyes. “I am too old. Or is this just a welcome distraction? Something to get my mind off what’s happening at home?” The SEC was looking into him. Why Saul Lindermann? Why was he the scapegoat? All the others had been involved in the repo frenzy as well. Was it the age old reason? He didn’t want to think that. Jews had been singled out throughout the ages. But surely not here, not now. Today, something very strange was going on. He had hoped that this trip to Zurich, and his meeting with Joel Schwartz at JS Global, might help clear up the mystery. But everyone at JS Global though perfectly pleasant, had been careful to say nothing that might help him understand what was going on. He sighed. He really didn’t want to go downstairs – he felt weary and uneasy about his late night flight back to the States. He really wanted nothing more than to stay in his room and read. He would skip dinner, get a bite on the plane before settling down to sleep. He stared out the window. It was dark and it had started to rain. He turned back into the room, straightened his tie and headed down the heavily carpeted corridor to the elevator – and to his doom.

In the shadows, there are those who plot to exploit the financial weaknesses of the United States. A well-planned assault could threaten the dollar’s position as the world’s reserve currency. An attack like this would also threaten the business of government, military, and social programs and lead to dangerous instability, in America and around the world. It will take the combined efforts of Sarah Linderman and Jack Romanov to foil an international conspiracy to destabilize the global financial markets and bring America to her knees. However, it’s almost impossible to protect against an invisible antagonist, especially when the adversary is knowledgeable with unlimited funds and determined to humble the whole world. Who is the concealed enemy of the United States, and why are they so hell bent on throwing the world into a financial crisis? Will Sarah and Jack be able to stop them before it’s too late, or will America end up powerless and poverty stricken? This is a work of fiction, but recent events show that in the financial world, the truth can be stranger and sometimes just as sinister.

Michael Hyman “cut his teeth” in the London markets of the eighties and nineties, after completing his post-graduate studies at the London School of Economics. He is the co-founder of RPH Capital. Andrew Capon is Head of Strategic Communications at Insight Investment, the United Kingdom’s biggest active fund manager. He has twenty years experience of financial markets as a senior investment analyst, strategist and award-winning journalist.