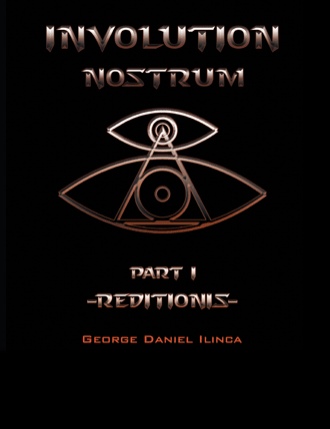 - Who are you? What is your name? ( narrator says)

-Am I dreaming? ( narrator says)

-From the beginning till now my voice has been heard , but unfortunately the noise came with it. ( Incipiens says)

-Are you God? ( narrator says)

-You amuse me! ( Incipiens says)

-I know that I’m asking unnatural questions but I don’t know what is happening to me. ( narrator says)

-Did your parents give you any name? ( Incipiens says)

-Sure, sorry I forgot to introduce myself, my name is Daniel. ( narrator says)

-I asked this because I didn’t had your privilege. ( Incipiens says)

-In what sense? ( narrator says)

-My name was given by time, and time is actually me. ( Incipiens says)

-I love the conversation, although I thought I was dreaming!

I am very eager to ask you questions, is in my nature to search for answers. ( narrator says)

-Naive like always, do you really want to know everything? ( Incipiens says)

-Yes , I am in a hurry beacause I don’t have time, I don’t represent time like you do! ( narrator says)

-Who are you arguing with? Look around and tell me, do you see somebody? ( Incipiens says)

-Are you kidding me? Leave me alone! ( narrator says)

-Leave you alone? Do you really think I exist? ( Incipiens says)

-I thought you wanted to help, but the more I’m confused. ( narrator says)

-Here is the story, imagine that you wake up in an tasteless, odorless, colorless environment, with no notion of your existence.

What do you do? ( Incipiens says)

-I think I would panic very much and I would start to scream for help! ( narrator says)

How much would you do that? Without a clock without any concept of time or any unit of measure.

The only thing I heard was an echo of an explosion, for a while it bothered me, then I got used to it.

-Loneliness? Why didn’t you found somebody like me to keep you company? ( narrator says)

-I am belive you were much better. ( Incipiens says)

-Are you sure? ( Incipiens says)

-I did not think you would tell me that… ( narrator says)

-Your voice, your movement, your existence, are nothing than an infernal noise, and my existence

is a curse. ( Incipiens says)

-Don’t say that, you give me the impression that you have problems to! ( narrator says)

-Why not? I am responsible for your lack of punctuality, for your short lives and for the many other problems related to time. ( Incipiens says)

-I do not know what to say, only God knows why. ( narrator says)

-I knew you'd say that! God? You know how much I’ve looked for Him?

The light never came neither the breath, only void…I never felt different, only darkness and infernal noise. ( Incipiens says)

-I feel sorry for you, but please help me find out what’s going on!

Sometimes I sense a human in you! ( narrator says)

-I thought you were going to snap! See, the less I talk the less you feel my weakness.

Involution Nostrum is a short novel that reveals truthful feelings. It's mission has no link to commercial significance but rather to time and faith. Mankind has fallen and risen too many times and nothing has been learned. It is not a warning, even a piece of advice, it is not a magnum opus, it is far from that. We are ruled by forces that have no scruples, only power. Together readers can be the peacekeepers of this planet and beyond. It's not a shame to recognize the truth, to fear the truth, but masking it will only make you suffer. The author urges people to harness time, do not be fooled by their sweet apples and by their clean windows. My fellow citizens, friends, brothers... Our minds have been hacked.

Ilinca Geroge Daniel was born in Bucharest, the capital of Romania, on 8 August 1989. He studied in his hometown and at the age of 18, passionate for culinary art, he went to Italy to study pizza acrobatica and organic pizza. After he acquired the necessary knowledge, he opened a small pizzeria in the center of Bucharest. His dream was to to something special, a family business, with love, good and healthy. He was wrong. Bad policy that governed at that time till now in the present has effectively destroyed his business in a small amount of time. Depressed and hopeless he continued his journey in another way. He withdrew from the public eyes and conceived another type of art, more vibrant, more powerful, occult. He became a sculptor. A ,,hybrid,, sculptor that works in shade, away from public eyes, away from museums, art galleries, he wanted to be a shadow. Visions, voices, dreams, feelings where combined to create what is now Involution Nostrum, translated from latin means ,,Our Involution,, the degredation. A rotting society that’s on the verge of collapse, again. It’s not an elevated book, it’s rather a short novel about power, confusion and conspiracy. When he was asked by his father ,,Why do you choose to live in that small match box, isolating yourself from the rest of the world, it’s hurting you and it is visible?,, and his answer was ,,Yes it hurts, I have to think in a box in order to get out of it,,.