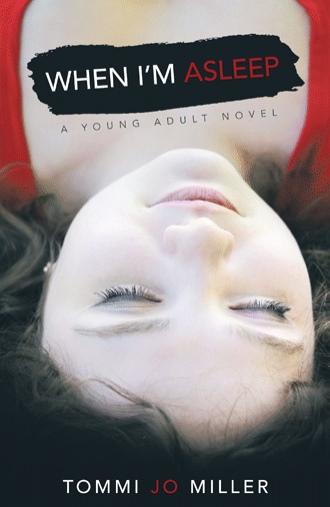 From this high up, all I see is an endless ocean. My vantage point, a steep cliff covered by lush greenery, has a sharp decline straight down to jagged rocks below. Waves rushing inland collide harshly with the solid surfaces, causing fans of water to spurt straight up, each drop catching the light like a precious gem before it falls back into the churning ocean.

Eyes closed and head tilted back, I inhale the subtly intoxicating fragrance of ocean air. Sunlight caresses my face and I buzz with pleasant warmth, like a bee trapped in a jar. I haven’t felt this calm, this relaxed, since…ever.

Another wave lunges itself onto the rocks, and another shower of liquid crystals decorates the air. I open my eyes to catch the spectacle, but I see that I’ve left my safe haven behind. The grass no longer tickles my toes; instead, jagged rock sinks into the soles of my feet. The blistering hot boulders burn me, but I don’t have anywhere else to go but into the water. I look out to the horizon, but it’s gone, obscured. My precious view is now blocked by an oncoming wall of water- a wall several feet taller than me.

Bending at the knees and tucking in my arms, I brace for the inevitable impact.

I just want to go home.

Seventeen-year-old Patty Campbell has lived a normal life--aside from the vivid, unsettling dreams that have constantly plagued her since she was seven. But with support from her family, even the lack of sleep has become merely a part of her existence.

When Dave Casio enrolls at her school, Patty can hardly believe it when he takes an interest in her--a shy girl who loves learning. As things heat up with Dave, Patty believes she has finally found her first love. With hope her life has taken a turn for the best, Patty delves into the relationship without any idea that Dave is harboring a secret. But he is not the only one. As Patty learns the true meaning and power behind her dreams, she embarks down a dangerous path where she must face tragedy, learn her destiny, and journey through time to unveil the truth. But it is what she discovers at the end of her path that will not only shock her, but also everyone she loves.

When I’m Asleep shares the tale of a teenager’s quest to learn the truth after her recurring dreams lead her to unveil her fate.

Tommi Jo Miller is majoring in Journalism and currently lives in Millbrook, Alabama. She feeds her eclectic imagination and inquisitive nature by trying new things and questioning the norm. When she is not studying, she loves reading and, of course, writing. When I’m Asleep is her first novel.