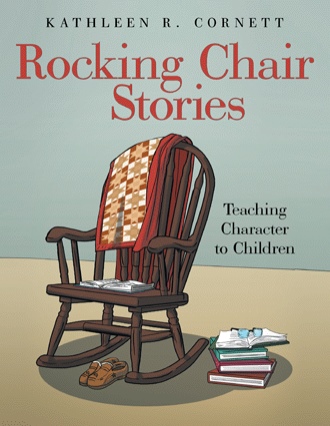 The Moon And Sky

Brian had kept the secret to himself. He didn't want to worry his mother and father, or even his big brother. School was becoming a scary place and he didn't know what to do. He was being teased about his skin. You see, his mother had rosy white skin and his father had ebony black skin. Mom had shiny blond hair that fell in soft waves down her back. Dad had fuzzy hair that looked like a cloud of black around his head. He always thought that they were beautiful and that he was too, with his light brown skin and almost blond hair. But the kids at school didn't think so, They called him "Half and Half" and other names that hurt his heart to hear.

He began to hide from the other kids and stayed in class to clean the whiteboard and help the teacher. Then he would go to the school library to read books by himself. He didn't have to listen to teasing words but he was lonely. After weeks of hiding he decided that he would have to go to his parents and ask for their help.

They were so surprised and sad for him. They hugged and kissed the bad words away, but then they quietly began to talk. "We knew that someday this might happen, Brian." "Some people thought that we shouldn't have children of mixed races but to us black and white are beautiful." "Just think of all the lovely things that are black and white; a full white moon in a black sky, black and white photos of family and friends, vanilla ice cream with chocolate sauce, a white shirt and a tuxedo, a little black kitten with white paws. " "There are so many ways to mix colors and all of nature is a rainbow."

Brian suddenly understood! There was nothing wrong and everything right about colors. What would the world look like if everyone and everything was just one color? If you mixed blue and green you got yellow, if you mixed red and blue you got purple. His mom and dad had mixed black and white and got him! He knew that he wouldn't hide at school anymore, or be afraid of teasing. He was a beautiful boy and he would hold his head high and be proud.

Often it’s hard to be different from others—to look different, to have different abilities, or to feel emotions in a different way from everyone else. It’s important to accept all people, though, no matter how much they might not be like you.

In Rocking Chair Stories, a wide variety of people and animals experience what it is like to be unlike everyone around them. Brian deals with children who are making fun of the color of his skin. Sara is blind from birth and discovers the world through her other senses. Carolyn is an acrobat who is scared of heights, and Doug is a bully who must find a better way to behave. Charlie the peacock has a plain brown tail, while Pinky the pig has two tails—one more than most pigs! As they make their way in the world, the things that make them stand out from others also make them unique and special.

This collection of children’s stories explores the lives of people and animals who are not the same as those around them and helps teach the importance of accepting those differences.

Kathleen R. Cornett is a retired instructional assistant in special education. She worked with specialists for twenty-three years and then opened a tutoring business out of her home. She currently is a volunteer for an ESL program at an adult school. She has five children and three grandchildren and currently lives in Walnut Creek, California.