A Story of Politics, Graft, and Greed 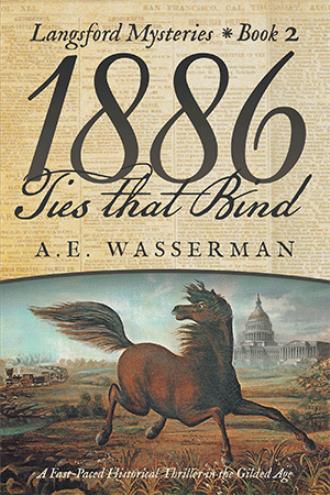 The passengers waited on the Delano Station platform for its arrival; some relaxed on crude wooden benches, while others stood in anticipation, ready to pick up their suitcases to board as soon as they could. The hot California sun danced on the metal rails while the motionless air under the depot’s overhang hung heavy with heat.
They saw it first, a dark dot where the rails converged. Those sitting stood in anticipation, gripping their bags with tight fists. Everyone as a unit slowly moved toward the edge of the worn wooden planks, leaving the stale shade of the overhang so they might encroach upon the edge above the gap where shiny rails on dark ties lay embedded in gravel deep below. Not too close, for that felt dangerous, but close enough to peer up the track as the dark dot rapidly enlarged into the locomotive they expected.
The black steel mass burst forth into the station, as promised, but failed to fulfill its duty to stop. Indeed, failed to even slow. It monstered through, roaring indignation. The would-be passengers instinctively took a step back under the protection of the short roofed area and away from the now-filled gulf as the wheels spun on hidden rails. The whizzing blur of noise and black roared, followed by a dark-gray car flashing square windows as it clacked past, rapid rhythm, the wind-wake whipping onto the depot platform. Everyone stood frozen with the force of the noise, and braced against the hot gust that slammed their bonnets, hats, skirts.
Then it was gone. Silence. A void—above the rails and within their senses. Quiet.
Stunned by the sudden unexpected, they all gasped in unison; a communal breath. Wide-eyed, they tried to speak as they slowly began to recognize what they had just seen fly past.
Two men standing nearest the wooden edge exchanged horrified looks. Clad in dungarees and cotton shirts, they adjusted their wide brimmed hats and, as if practiced, simultaneously turned. “Someone has to stop that train!” The second replied, “Let’s go!” They ran inside the depot sprinting toward the front door and out to Main Street.
The rest remained on the platform. Some had dropped their valises; mothers stood with babes tight in their arms or children held against their skirts. Husbands shielded their wives as they all began to react.
Did you see what I saw? Was that real? Were they …?
Those who spoke would finish with their hands over their mouths for what they had seen, was, in fact, unspeakable. The image burned in their minds, like the lingering light in an eye after a lamp’s extinguished wick.
The raging engine had held no engineer. Instead, draped upon the coal bin behind the cab was a body. The car flew by, a body or two leaned awkwardly on a seat and in one case, flung with shoulders, arms and head hanging through a window, flopping with the speeding rhythm of the iron beast.
The train raged away, diminishing in size as quickly as it had emerged for its arrival.
The metal parade was a dead man’s train.

It is 1886 as Englishman Lord Langsford travels by train to San Francisco. Newly widowed, Langsford is desperate to escape his grief, demons, and life in England. As Langsford completes the last leg of his transcontinental journey, his life unexpectedly changes once again when he crosses paths with Miss Sally Baxter, a beautiful rancher who packs a pistol in her purse.

Sally has made it her mission to find the men who robbed a train and killed her brother. Unfortunately, no one—not even the owners of the Southern Pacific Railroad—seem to care. Unable to resist her pleas, Langsford offers to help Sally and soon becomes entangled in a web of politics, corruption, and greed. As murder, threats, and attacks ensue that endanger both Sally and Langsford, influential men in both California and Washington, D.C. jockey for positions of power. Langsford, who finds himself oddly attracted to Sally, now must sort through criminals and politicians alike to discover the truth behind her brother’s death and prevent his own murder.

“Not only is this a fast-paced historical mystery, 1886 Ties That Bind offers commentary on the political and social issues that are still relevant today.”
– Helga Schier, PhD, author and founder of With Pen and Paper

The daughter of a newspaperman, A.E. Wasserman grew up in a household filled with books and stories. At age 14, she wrote her first novella and never stopped writing. After graduating from The Ohio State University, she lived in London, then San Francisco. Currently she resides in Southern California with her family and her muse, a Border Collie named Topper. She recently received top honors from Writer’s Digest for one of her short stories.
Visit the author’s web site at www.aewasserman.com