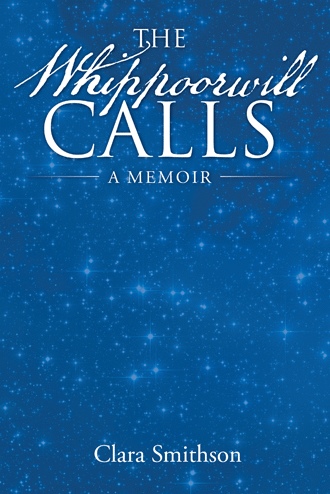 The Funeral
John 14: 6
Jesus answered, “I am the way and the truth and the life.
No one comes to the Father except through me.”

S
ometime after we returned to Pa’s farm after our visit to the Kincannon’s and Aunt Sue Dunn’s in the summer of 1950 my brother David who was sixteen months of age became ill. My father had not stayed at the farm, he never did. David had been sick for several days and on August eighteenth Pa drove Mama and David to the Doctor’s office. Aunt Daisy, Pa’s sister, stayed with us three girls. I was so worried that I waited at the bottom of the hill near the mulberry tree where there was a sandy bank leading down to the creek; it was my secret place. I waited there because I could hear when a car was coming down the hill and I could run over to the road and wave at the people or hide in the bushes so that I could see who went past. The cars always slowed down to cross the creek; only one car at a time could cross on the makeshift bridge that was just planks laid across the rocky creek.
I waited for hours and finally Pa’s dark blue, two doored, Chevrolet came to a halt as I stood by the side of the road. Mama opened the passenger side door and I climbed into the back seat area. “Where’s David” I demanded; Mama told me that David had died. I started yelling “no, no”! As I pushed my way past Mama to get out of the car Mama told me to stay in the car; Pa told her to let me go. As they rode up the hill on the dusty gravel road to the house, I ran to the mulberry tree and was crying so hard that I could not see; I threw myself on the sandy ground and cried and cried until my head hurt. My heart was inconsolably broken. The loss of my little brother David would leave me sullen and withdrawn for the rest of my childhood.
The Kincannon’s came for the funeral. All three of Mama’s sisters were there with their families. Many other people came for the funeral; the house was full of people. In those days they laid the dead embalmed bodies of people out in their homes before the funeral. The coffin was in the front room in front of the closed up fire place; the black pot-bellied stove had been moved aside. The lid to the coffin was opened and a sheer vale was draped over the whole thing.
My Aunt Geraldine Kincannon, who was fourteen years old at the time, lifted the sheer vale and touched my brother’s head. I was horrified; I wanted to scream at her “don’t touch him”, but I just glared at her.
The funeral was well attended; the church was full. My grandmother, Edna Kincannon, said that she had “never seen so many people at a baby’s funeral”. My father stayed drunk for the entire event; he would have fallen into the grave if someone had not caught him. After my initial grieving I do not remember crying anymore. I was just sad and seething with anger, I was mad at everyone. The only person that I trusted was my Pa.
Caruthersville
Acts 3: 19-20
Repent, then, and turn to God, so that your sins may be wiped out,
That times of refreshing may come from the Lord, and that he may send the Christ,
Who has been appointed for you-even Jesus.

S
oon after David died my father moved us to the Boot Hill of southeast Missouri near Caruthersville into a little house next door to the Kincannon’s. Pete was hardly ever home, I don’t remember why; he may have been on the road driving a truck. I missed my Pa and I decided that I would not talk to anyone. During that time was when the Kincannon’s decided that they liked my sister Dottie more than me. The way they made over her was nauseating. Now that I am an old woman, I can see why they would like her better, she was surely a more pleasant child than me during those years.
One day Mama was getting us all dressed up to go somewhere; she had all three of us lined up on the sofa. She was going down the line inspecting and combing our hair. I had very fine hair that tangled easily and Mama was in no mood to brush through my hair gently; every time she came to a tangle I would yell and pull away from the brush. Finely she had enough of my squirming and she hit me over the head with the brush and the brush broke into. My head hurt, but I refused to shed a tear and the incident fed my self-righteous suffering and justified my unhappiness in my own mind.
The little house where we lived was a sharecropper’s shack; there were four rooms, a small stoop on the front and a small porch on the back with an ice- box on it. All evidence of paint has been washed from the clap boards, which left the place looking gray and sad. There was an outside toilet. Mama carried our water from a pump located in back of the Kincannon’s house. The house was one of several that were lined up along the road.
Out of site and up the road away there was a lovely home with pink mimosa trees in the front yard. My grandmother told us three girls to go to the back door of that house and ask the nice lady if we could pick some apricots in the back yard garden. The apricots were delicious.
Pete did not work on the farm, but Mama picked cotton during the harvest season that year. We girls went with her and helped her. The cotton pickers wore gloves with the fingers cut out so that they could grab the cotton from its sharp edged boles. We wore long sleeves and cloth bonnets that Mama had sewed to protect us from the sun. I hated the work and I think that Mama hated it also. She pulled a canvas sack with a loop over one shoulder. One had to stand bent over in order to be at the right height to reach the cotton. As the day went by the sack became heavier and so it was harder to pull. We girls were also given smaller sacks to drag. I don’t think we picked much cotton. The only field work that I remember Mama doing at Pa’s farm was in the vegetable garden.

One of nine children, author Clara Smithson was born during World War II in 1943 on her grandfather’s farm in Tennessee. In The Whippoorwill Calls, she narrates the story of her life as she grew up in the 1940s and 1950s.

This memoir narrates how Smithson experienced a poor and somewhat turbulent childhood that took her and her family to Tennessee, Illinois, and Missouri. She describes her parents, grandparents, her siblings, her daily experiences, the characters who played a role in her upbringing, and the memories of growing up in a different time. This nostalgic look back follows Smithson through her marriage at a young age in 1960 and offers a recap of her family.

With photos included, The Whippoorwill Calls offers a glimpse into one woman’s past guided by her faith in God, and the history that formed who she is today.

Clara Smithson lives with her cat, Boo, in south city St. Louis, Missouri. She is a member of the Tower Grove Baptist Church. Smithson has one grown son. This is her debut book.