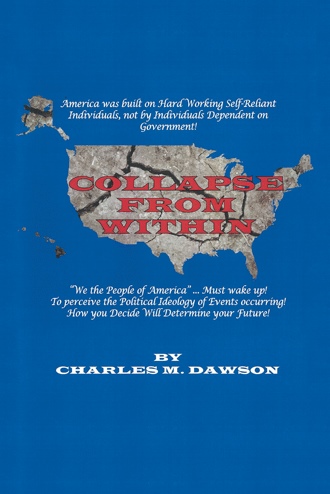 The Formula for Success in Life is Faith, Self-Reliance,

If Individuals Maintain These Attributes they shall become Successful at any Endeavor they so Desire.

Be of good courage, and he shall strengthen your

The dictionary defines self-reliance as 1: oneself: itself 2: of oneself or itself 3: by oneself or itself; also: automatic 4: to, for, or toward oneself. 1: the act of relying 2: the state of being reliant 3: one relied on.

3: something on which one relies 4: drug addiction.

America, which way do you want it? Do you want to be hardworking and self-reliant or do you want to be dependent on the government? It’s your choice. Choose wisely, because your future depends on your decision. So many Americans choose to take the easy road and depend on the government to support them. Is this what you want out of life, to hang out, do nothing and receive government support and not try to improve yourself? That’s not fair to you as a moral individual; you can do better than this. Write down the problems you have to overcome, address the hardest ones first and the rest will take care of themselves. The biggest problem you will have is if the government runs out of money and can’t support you or decides not to support you anymore. You should be real concerned about this problem. Don’t let this happen to you, be an achiever, if you falter, get up and start again.

If you’re a young person, finish school. The more education you have completed, the more chances you have for a better job and career. If you’re on drugs (we are not talking about medication) there’s help available, you’re better than that. Try your best to stop. It’s hard, but, your life will get better. If you’re unemployed, work as hard as you can to find employment. It’s not always easy, but don’t sit around and feel sorry for yourself and become lazy; it does not help you become a better person. There are millions of opportunities in America. Go find them. If you’re handicapped, older or an elder person, Americans gladly support aid to individuals who truly need it.

America was built by hard working independent individuals who were self-reliant. This type of individual does not depend on government to support him. Early Americans wanted the American dream, and with hard work and perseverance, they were successful in their endeavors. You can look all over this country and see the many success stories of individuals who found the American dream. They had an idea and they pursued it.

Can you imagine looking back in the early 1600’s the hardships the individuals had in leaving England, spending three months crossing the Atlantic Ocean and arriving in Jamestown, Virginia to a new land called America. They were sent by the King of England to explore the new world, set up colonies, and ship all the riches back to the King. One of those riches was tobacco, which started world trading for America. These individuals soon realized that it was time to separate themselves from the King’s suppressive rule that had made them so dependent on him. They wanted freedom and independence. Unfortunately, there were many battles to fight, in the end; Americans persevered to gain their freedom and independence.

The Pilgrims sailing on the ship Mayflower landed at Plymouth Rock, Massachusetts, in 1620 after enduring many hardships at sea. The first winter there were many who died. The ones who survived persevered toward their dream and left the oppression of the King behind. The Pilgrims set the stage for one of our most grateful holidays, THANKSGIVING. We all should give thanks for divine goodness.

Think about the migration of pioneers who forged their way across America and persevered through all their hardships to seek freedom and a better life. It’s a good thing these individuals were self-reliant; otherwise they would not have endured the harsh conditions to make America the great country it is today.

Government seems to think they have all the solutions to everyone’s problems. The more government hands out to Americans (taxes rise, the cost of living increases) with no end in sight. Now we become a welfare state with more and more people becoming dependent on the government. At that point America becomes a socialist country. Many Americans can’t see it coming, but you better think about it. Who’s going to bail the United States Government out of this problem, maybe some foreign country? No, the moral American people will eventually come together and straighten out our

dysfunctional government. Other countries are financing our government to spend money like crazy on our own social programs. Many of these social programs should not even be considered for legislation in congress, because many social programs should be a personal decision by the individual American. Can’t you see it coming that our government more and more is making your personal decisions in your daily lives? That’s because some people in our government believe that Americans can’t make their own decisions. They think we’re a bunch of dummies. They want to have control over your lives. The next thing you know, the government will be stopping by your house before dinner to make sure you are preparing the proper menu that is prescribed for you in your government hand-book.

“To take refuge in sorrow, only leads to more sorrow”

Our government wastes too much time and money on too many social issues. Wasting money doesn’t set too well with hardworking self-reliant Americans.

The United States is in the midst of collapse. There are many factors contributing to this decline, and most of us don’t even realize what they are.

In Collapse from Within, author Charles M. Dawson presents his take on the current state of the nation, sharing a collection of his thoughts and research gathered over the course of his lifetime. He feels Americans have lost their respect for each other, possibly due to the fast pace of life in the current times. What’s more, the country has a severe and increasing debt problem, both nationally and individually. Even so, Dawson has witnessed amazing accomplishments by brave and dedicated people in his lifetime. He holds that the formula for success in life is faith, self-reliance, hard work, perseverance, and responsibility. He believes that anyone maintaining these attributes will become successful at any endeavor they attempt.

This personal reflection presents a call to action for Americans of all ages to understand their history and prepare for their future.

Charles M. Dawson was born in the midst of World War II. He currently lives in Florida.