My View from the Bench 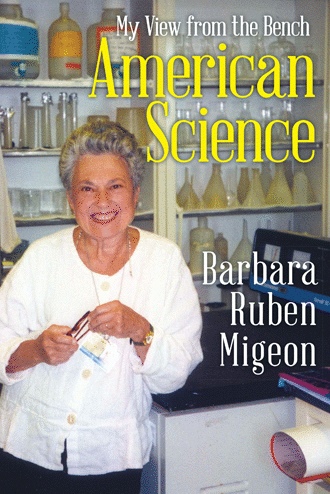 In this insider’s account of university science in America, Barbara Migeon focuses on how an influx of new technologies empowered scientists to make groundbreaking discoveries on the nature of hereditary diseases.

She begins her story with an account of how she began her research career before delving into a broader discussion of what scientists do, what they must deal with, and the changing face of biomedical science over the last half century.

“This is a fascinating, insightful and thought-provoking book, beautifully written by an excellent scientist, a pioneering female in a strongly male-centric field. Her personal history of this remarkable era of biomedical science is a “must read” for anyone – males, females, scientists and non-scientists – curious about the process of scientific discovery and progress toward gender equity. Her account shows how science is shaped by deep commitment and insights, complex human interactions, and public policy.
—Barbara Sollner-Webb. Professor Emerita,
Department of Biological Chemistry,
The Johns Hopkins University

“I was captivated by Migeon’s ability to synthesize the personal, political, scientific, and academic strands of her life over the past half-century…. To her credit, this historian speaks forthrightly; while her research clearly has been a source of deep joy, she also exposes the institutional problems (including sexism). Her inclusion of selected material from a personal journal she kept over the years is a welcome addition to a book that offers a fresh perspective to scientists as well as non-scientists, men as well as women.”
—Evelyn Torton Beck, Professor Emerita,
Women’s Studies, University of Maryland

Barbara Ruben Migeon is a physician Scientist in the McKusick Nathans Institute of Genetic Medicine at Johns Hopkins School of Medicine. A graduate of Smith College and the University of Buffalo Medical School, she was the founding director of the Ph.D. Program in Human Genetics at Hopkins. She is the author of Females are Mosaics: X Inactivation and Sex Differences in Disease.