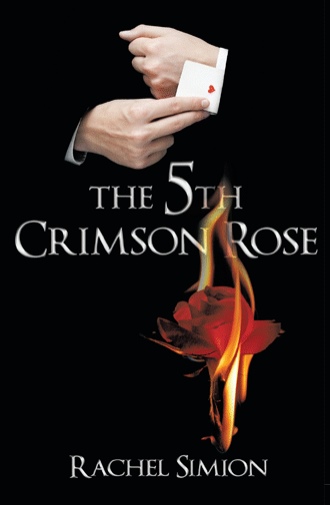 Ego te baptizo in nomine Patris et Filii, et Spiritus Sancti. Shannon had bolted from St. Basil’s baptismal service yesterday, but the priest’s benediction echoed in her mind. She argued with herself to make it cease and desist, but it wouldn’t let go. A wave of heat brushed over her entire body and seared her conscience like a hot iron.
She glanced in the rearview mirror. The coast was clear behind her, but the I-5 traffic ahead bore the signs of the Monday, three-o’clock rush hour. She reluctantly eased her foot off the gas pedal.
She blasted the radio to drown out the priest’s benediction, but the tuner wouldn’t budge from a preacher’s talk show.
“God’s always knocking on your door, giving you the opportunity to invite Him in. But make no mistake about it: He will not bulldoze your door like some religious hypocrites do, trying to convert you. That’s not His way. He’s a gentleman and He loves you. You may not answer today, tomorrow, maybe ever, but He’ll keep trying right down to your last breath. My question for you today, Anaheim, is simply this: You know your creator is knocking just to have a real relationship with you, so why aren’t you answering? What are you running from?”
“Ha!” Shannon said. “Right now? I’m running from an entirely real, fully loaded cliché…sex, drugs, and about five bullets.”
The preacher continued. “God knocks to intervene in your struggles because He’s gracious. This is Pastor Greg Anderson with Anaheim’s Throne of Grace. I’m standing by to take your call. I’ll leave you with this: First Corinthians 10: 13, ‘No temptation has overtaken you except such as is common to man; but God is faithful, who will not allow you to be tempted beyond what you are able, but with the temptation will also make the way of escape, that you may be able to bear it.’”
“Oh, somehow I doubt that, preacher! There’s no escaping what I’ve just done, not even the past year. But I do want out. I want out so bad, but they’d kill me first.”
Turning off the radio, Shannon redirected her comments to the stirring air in hushed tones.
“I know I’m bad, and probably disgusting in your eyes, but I’m begging you, though I don’t deserve it, please help me. I want out.”
Shannon floored her grandmother’s large, silver Crown Victoria to ninety miles per hour, dodging in and out of lanes. She had to get to her grandmother and move her to a safe place until everything simmered down.
Her thoughts raced faster than her driving. What am I going to tell her? This will finish her, for sure, the only person left in this Godforsaken world who cares about me. Where am I going to take her?
Rush-hour traffic came to a screeching halt, bumper to bumper, leaving Shannon stuck in the middle lane. Stress took over every nerve and muscle in her body as she stole another glance in the rearview mirror. Blue-and-red lights flashed a half-mile back. About a quarter mile ahead, the culprit of the standstill lay flipped over on its side—a black car.
Her heart nearly heaved out of her chest. She right signaled to a disgruntled BMW driver so she could exit the interstate, but he inched forward. Behind, the lights were nearing and the siren was screaming its impending arrival. Shannon inhaled deeply and tried to slow her breathing as the images of the previous half hour’s grave misfortune reeled in her mind.
* * *
Shannon stood in a back alley between industrial and commercial buildings, mostly abandoned. A black case filled with money was handed to her, but the pimp abruptly withdrew the case.
“Wait a minute. Candy, come here, doll.” He snapped his fingers at a tall, slinky, alabaster woman propped up on six-inch heels.
Candy flipped her long, red wig out of her face, exposing exaggerated rouge lipstick that illuminated sickly, blue undertones in her complexion. She submissively hastened over and leaned her head down to the thin line of white powder laid out on the black hood of Julio’s Jaguar. She inhaled deeply through her nose, then straightened. She attempted to resume her sultry posture, but Candy’s face lost all color. Her thin nose bled profusely, and her lengthy limbs twitched involuntarily, sending her eyes to roll back in her head. She fell backward and hit the street with a thud, her head landing on the curb. Candy lay in a pool of blood, which leaked out around her red wig as her body convulsed. Within seconds, her extremities relaxed and her form stilled.
Julio’s Latin accent thickened as he stared down and shouted. “Oh, hell no! She was what kept da customers eating out of my hand. You just made a beeg mistake. I’m going to rip you to pieces!”
Shannon froze and stared into the pimp’s narrowing, dark eyes, her blue eyes wider than ever.
“Or maybe there’s other ways for you to reimburse me and keep it coming, a pretty gringa like you—blonde, blue eyes like Barbie. Si, blondie?”
Julio grabbed her neck and slammed her lean frame against the back wall of the adult video store and spread her legs apart with his knee. Shannon frantically searched under her large, red T-shirt for the chrome piece she kept holstered there, suddenly remembering it had gone missing the previous night.

Seventeen-year-old Shannon Baker is the only one left to care for her feisty but ailing grandmother, Gladys. Medicare covers only so much, and Shannon’s job at Knott’s Berry Farm barely helps. Even with the support of her best friend, Jessie, and the attention of her new lab partner, Sean, the situation looks grim.

Then she meets Derek Knight. He’s more domineering than Sean, but he seems to be concerned about her well-being, while Sean has pulled away. Hesitant at first, Shannon finally warms to the idea of Derek. He promises to pay her bills and take care of her and Gladys if she’ll swear loyalty to him. It’s a welcome change until Derek becomes too possessive, and Shannon’s suspicions about Derek and his father’s hotel heighten, while Shannon is haunted by a poem her mother wrote before she died.

Now trapped in an elite gang, Shannon finds herself in the middle of a drug deal gone very wrong. She wants out. A mysterious, tuxedoed man might be the answer to her problems, but the price may be too high.

Rachel Simion lives with her family in Phoenix, Arizona. In her spare time, she is a volunteer chaplain, and she enjoys weekend road trips, creating new recipes in the kitchen, and spending time with her girls.