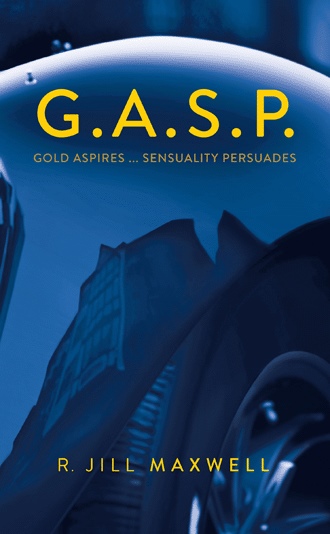 The contents of the unmarked pickup were loaded into an armored truck. Swiftly and noiselessly, the efficient team of two moved with obvious precision. A heavily armed four-man team surrounded the barren zone, clearly intending to complete their assignment uninterrupted. Everyone seemed completely unaffected by the subarctic temperatures of the remote Yukon Territory; but there was always one chatty one in a group.

“How and why are your lips still movin’?” snarled a muffled teammate.

“If you’d come from where I was to be here -” the chatty guard bragged.

“Just get the job done.”

“Jesus fuckin’ Christmas, ladies! I'm gonna shoot you both, if you don’t shut the fuck up!” threatened the Chief.

“Ordered to be quiet in the middle of the boonies? Really, sir? Holy shit! They weigh a ton! What's in these boxes anyway?” Mr. Chatty grumbled. “Deceiving little bastards.”

“Who the fuck knows or cares?” The Chief’s patience clearly waned.

“Yea, they paid us a shit-ton of cash, so shut up before we’re sent back to that Siberian freezer,” barked Muffled. Froze our shriveled nuts off over there.”

“Listen, assholes, stay focused on the mission, so we get out of this mother-fuckin’ cold, pick up our bonuses, and thaw our frozen peckers,” ordered the Chief.

In spite of the unusually bitter temperatures gripping most of the northern hemisphere, Dane Michaels awoke early sweating that cold, dark January morning. He searched for her, haunted, though he logically knew she’d never been there. He was alone. But he’d more than felt her presence, though; he’d made love to her. “How could that possibly be? Was I only dreaming?” he mumbled aloud to himself as he stumbled out of bed and headed for the shower.

Julie Archer sat anxiously at her computer. She was under deadline trying to figure out how to make girls’ high school volleyball come alive for the weekly sports update. It’d been a slow and predictable week with rivals Saint Catherine’s Prep and Solanus Catholic winning early in their seasons against much less-developed school teams. Frankly, when some of these schools play each other, it seems downright unfair, Julie thought to herself. High school sports in general, but girls’ volleyball in particular, seemed to have soared out of control with year-round playing and training. Julie knew all about this since her own daughter was a starter for Saint Cat’s, as it was affectionately known.

Six-foot-two Katie was strong, smart and slowly coming into her own. She was awaiting her college acceptance to the University of Denver after already committing to their version of a full-ride offer to play hopefully throughout college. For years, Katie had dreamt of playing for a Division 1 program while academically nailing her studies so completely that the FBI, Secret Service or the NSA would recruit her out of college.

Julie and her husband, Gabe, had supported Katie’s dreams. A huge family commitment of club training, travel teams and tournament play not to mention workout trainers, chiropractors and a variety of other specialists kept Katie healthy and strong to play. Additional costs for the family to travel to watch her added up mercilessly, and there were still two other children to follow!

Julie caught herself daydreaming about her eldest daughter’s impending future when the phone rang, and her email chimed in with a new message. She let her phone system record the message and ignored the email in an attempt to meet the deadline. She was genuinely surprised at how she struggled to get this article written. She’d never had a problem making volleyball real or interesting in the past. Having enjoyed playing in her own high school years, Julie understood enough about today’s game to write intelligently. The challenge wasn’t the writing. The challenge was that Julie’s heart was no longer in the game. She just couldn’t decide which game: volleyball or her current game of life.

Almost halfway around the world, Dane sat in a weekly meeting unsettled and agitated. His life was filled with meetings. Some important. Some just meetings about meetings. He was a lawyer’s lawyer operating at tremendous levels of stress. Bankers depended on his cool demeanor. Frantic clients called constantly. Assistants, however, held the key to his life: his calendar. He knew that without his top aide, Isabella, his professional world would be in complete disarray. She was almost as intense as he was, but she managed to keep her personal life gloriously private. Dane had had enough drama with his divorce and really didn’t want to live through anyone else’s drama, even if vicariously.

Though he was in charge of financially structuring vast deals between companies and entire countries, staggering amounts of money and the evolution of international finance, Dane had little control over his personal life anymore. Since recently taking over two huge clients from his boss, Dane’s life seemed to be on a dangerous tilt heading for disaster. The missing money would normally have been just an accounting issue but had somehow been wrongly linked to his personal life. He was becoming antagonistically aware that not only was his time not his own, his life was slipping through his fingers, too.

He loved and hated his job. His position in such an outstanding firm was unparalleled. He was highly respected, though not even a partner yet, and even awed those who worked closest to him for laser-like focus and uncanny, methodical dedication to both the client and the firm. Still, he wasn’t in a position yet to sift through and pick and choose what he wanted to really do within the company or his

own life really … or am I? He wondered.

He didn’t have time to be lonely. Though when he sat still, even for just a few

moments, an overwhelming feeling of isolation settled in his soul.

She remembered loving yet fearing him. He was handsome, strong, brilliant, adoring—his intensity frightened her though. At 17, he was far more mature and complicated than even she was.

Julie Archer’s life in the Desert Southwest lulls even the most ambitious into false security. With a struggling marriage and her kids growing up, she seeks new meaning in her life and makes one seemingly small decision. Alone at her thirtieth high school reunion, Julie’s orderly life begins to unravel.

Dane Michaels, European corporate attorney and rising law firm star, unknowingly gets immersed in the high rollers’ worlds of car renovating and gold mining. Always traveling, a shocking discovery and an unanticipated change in schedule lead him down an unforeseen path.

She was keenly aware of something unusual, however. What could his big-time corporate legal career in old-established Europe have in common with her mom-turned-author in the casual Desert Southwest? Their lives had been completely separate for decades, and now they seemed to be constantly intertwined. Volatile elements explosively change this peaceful façade, and the real question is why.

She was keenly aware of something unusual, however. What could his big-time corporate legal career in old-established Europe have in common with her mom-turned-author in the casual Desert Southwest? Their lives had been completely separate for decades, and now they seemed to be constantly intertwined. Volatile elements explosively change this peaceful façade, and the real question is why.