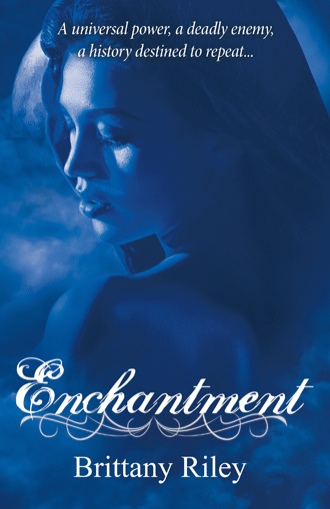 A number of men dressed in elaborate white cloaks stood on the marble staircase at the apex of the room. Veronica continued hesitantly toward them. She counted at least five dominant leaders who wore the white cloaks, while the remainder of people, whom Veronica assumed were assistants or fellow lightbearers, were scattered around the room beneath them. The Aldors observed Veronica carefully as she and Richard approached. One cloaked man stepped down from the altar. He was tall, thin, and had pale blonde hair. His cheeks were quite hollow and jolted to a dominant, pointed chin that protruded beyond his neck. “Veronica Dawson?” he asked eloquently. “Yes, my Lord,” she answered shyly. “And Richard Dawson?” “Yes, my Lord,” Richard replied. “My name is Deandro. I am one of the five Aldors. These are my associates, William, Benjamin, Francis, and Iven.” He pointed as each was introduced. William was similar to Deandro in build but had darker features. Benjamin and Francis had bigger builds and strawberry hair, while Iven had black curly hair and a speculative expression. Deandro sauntered toward Richard and Veronica, his walk one of power and intimidation. “I must say we were quite intrigued that you both requested an audience with us, especially on such short notice.” “We understand, your Lordship. Veronica and I appreciate your taking the time to assess our situation.” “What is the situation that needs our immediate attention?” Deandro asked. The room fell silent. The Aldors and their counterparts had quizzical, curious expressions. “It’s our daughter, Lords,” Richard said. “We think she might be … different.” Iven stepped forward. “And why is that?” Veronica looked desperately into her husband’s eyes, but it was too late. She had to reveal her daughter’s secret now. She glanced around the room. Not a single eye wasn’t upon her, except for her little girl, who continued to sleep peacefully in her arms, blissfully unaware of the situation unfolding before her. Veronica slowly removed the protective, cocoon-like blanket, revealing a circular birthmark on the baby’s forearm. “May I?” Deandro asked, seeking permission to take a proper look. Veronica hesitantly made the round birthmark visible. Deandro examined the mark closely. His face remained placid, until realisation, quickly followed by shock, spread across his face. His eyes locked with Veronica’s. “Impossible …” he whispered. The sensitive ears of the Aldors and lightbearers heard his whisper. “What is it, Deandro?” one Aldor asked, concerned. “The mark,” he said. “The baby has the elemental mark! One of the four elementals! She is the water faerie, ruler of the moon and ocean.” Veronica covered her daughter’s bare arm once again. Chaos suddenly consumed the grand hall; chatter danced violently off the towering walls. The remaining four Aldors were now at Deandro’s side, grabbing the baby’s arm from under the blanket like vultures on a carcass. “How does she exist? Does this mean the faeries of earth, fire, and air exist too?” Francis pondered. “The first elemental Lennox Henderson had no children!” Benjamin speculated. “She must be destroyed, Deandro!” Iven bellowed. With this, Veronica bounced back to transform from human into her true faerie form. Her eyes turned black, her dark wings manifesting on either side of her spine. She hissed with sharpened teeth at the threats now standing before her. Richard stood protectively in front of his family. “No disrespect to you all, but nobody will be touching our daughter.” The Aldors took no notice of Richard’s threat. They continued to grovel at Deandro’s feet. “Deandro, you must see reason. This child cannot exist. Don’t you know what this means?” Francis pleaded. “Enough!” Deandro silenced the hall with a swipe of his hand. The baby stirred and cried. Deandro approached Veronica. “What is her name?” Veronica looked around the room. With no danger present, she changed to human form again. “Her name is Elise.” He stroked Elise’s forehead with the back of his hand. “Veronica and Richard, who were your parents?” “We do not know, sir. Veronica’s parents abandoned her as a newborn, and my own were killed by cinn dorchas,” Richard answered. “Are you informed of our history? The lightbearers?” Deandro speculated. “We know little, sir,” said Veronica, “only what we have learnt through our own kind.” Elise was now relaxed and sleeping peacefully. Deandro stroked his chin. “There is much to be learnt. We must act immediately.” He began to walk away. The Aldors chased after him. “The child mustn’t be allowed to live!” William said. “This is exactly what happened last time. We must deal with the situation before we are declared extinct again. Think rationally, Deandro!” “Can somebody please explain what is going on?” Veronica asked, confused. “What is she? What can we do? Do we need to protect her?” “She is under our protection now,” Deandro declared. The Aldors were horrified. “Do you realise what you’ve done by granting this child leniency?” Benjamin shouted. “We’ve been in hiding for more than three hundred years, Deandro!” “Why did we flee to Barcelona in the first place?” Iven added. “We’re now cursed. You have doomed us all!” Francis cried. “I have not doomed us. She is one of us. We are not to harm her in any way. There is no time to lose. The preparations must be made. Nobody in this room is to speak a word of her existence outside of these walls, understand?” Deandro warned. “Elise is not to know what she is, not until the time comes for her activation as a faerie. Before you leave Barcelona tonight, I will arrange a spellbinder to perform an enchantment on the elemental birthmark. We will shield it with a glamour to avoid it being seen by her or any other enemy on this earth. She, the water elemental, is capable of many things, dark things.” “What does this mean for our daughter?” Richard demanded. “She’s an omen, a living, breathing prophecy,” Deandro responded. “An omen of what?” Veronica asked, desperate for answers. “Of our fate.”

Elise Dawson has led a sheltered life, home-schooled and protected by her parents from the suspicious eyes of the world. Like thousands of others, the Dawsons are the descendants of the Undeàdlic Acolitus, or Immortal Lightbearers—a subspecies of faerie with only one enemy: the banshees, a vicious version of the Lightbearers. Elise has no idea that she is the descendant of the first water elemental, Lennox Henderson, and that she has the ability to control all water sources on earth.

When the truth is finally revealed, Elise flees her London home and escapes to a town called Menithwood, where she is to remain hidden from vengeful enemies. Being a faerie is not an easy transition; she must either learn to control her power or watch as it destroys everything she loves. But when she meets Christian Vanderbilt, a kind yet dangerous banshee, he changes her life in ways she couldn’t have imagined. As her enemies increase and rumours of her existence spread, Elise is forced to defend both her secret and her life. Only time will tell if she’ll fulfil her treacherous fate as an elemental in a declaration of war against the banshees.

In this fantasy novel, a young woman discovers her true identity and must choose between her destiny as an elemental and the newfound love of someone who should be her enemy.

Brittany Riley loves mythology and folklore. Growing up in the Australian countryside, she fantasised about the communicating the magical features of our world. She hopes to inspire readers to escape from the mundane patterns of life through the majesty of literature. She currently lives in New South Wales, Australia.