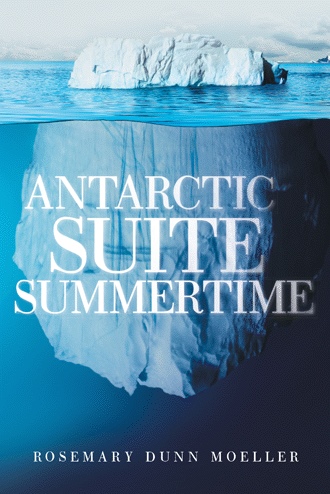 There is little human culture in Antarctica, recent and mostly violent towards other species, deadly for many humans. But its landscapes and seascapes are beautiful, its creatures amazing, and its caretakers are dedicated to saving us all through learning how to be careful of this continent together. Antarctica needs witnesses. And my truth is that it wasn’t really very challenging for my survival. My husband and I avoid tours and cruises. We don’t like being taken care of or herded about, but here we had no choice. It’s their way or the whale-way. We were fed, bedded, steered around, kept warm, dry and cozy, educated by lecturers, enlightened by expedition leaders who were all experts in their fields, wined and dined to our satisfaction, and hardly ever had a complaint beyond not enough time spent on landings.

In Northwest Africa, she met her future husband, Lester (a South Dakota farm boy), and when they saw their first wild penguin on a trip to the Galapagos Islands, she knew she simply had to see more wild penguins, so she set her sights on Antarctica.

Once there, she became immersed in the beauty and fragility of the coldest, least populated continent on earth. She saw glaciers, whales, penguins, predators, and cerulean landscapes. She boarded little boats to go ashore to hike, breathed the purest air, and was sprayed by the coldest waters that summertime has to offer.

She also listened to the sounds of the earth rising beneath melting glaciers, waves slapping shores, and icebergs rubbing against the sides of the ship in their own secret rhythms.

Whether you’re thinking about making a trip to Antarctica yourself or want to experience the beauty of vast oceans, wandering whales, pelagic birds, and majestic views, you’ll be thrilled with the adventures in Antarctic Suite Summertime.

Rosemary Dunn Moeller has traveled to all seven continents, but Antarctica provided the most unexpected pleasures. She’s been a Peace Corps volunteer; Fulbright Scholar; a teacher at the university, middle school, high school, and elementary levels; writer; and farmer. She’s also the author of the poetry chapbooks Midnight Picnic in the Fields and the Lift of Wind Across Wings.