A Spiritual Journey in Trust 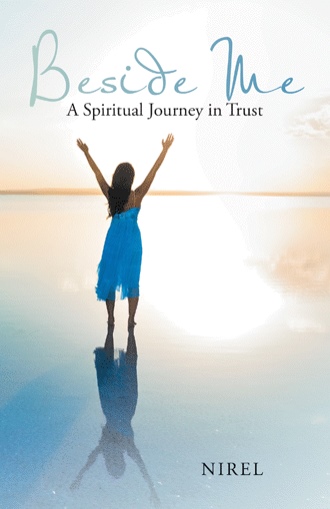 A few months earlier I had received a letter from his parents stating that $200 a month, plus interest, for our mortgage payment had not been put into their bank account for the last three years. Since there was not much left owing on the mortgage, they paid the mortgage off for us, stipulating that the money must go into their account every month. Charlie agreed to pay this because my money went for all the other bills. I did ask his family to let me know if the money was not put into the account. They did three years later. I told them their son was an alcoholic and might spend the money elsewhere. His parents did not accept that response. A few weeks later they sent me another hate letter, stating I owed them three years of payments. Their lawyer would be getting in touch with me.

This was all happening in the midst of my planning a beautiful party for their fiftieth wedding anniversary. I had sent invitations out to the mayor and police chief and many more very important friends. These threats were how they returned my kindness.

I went to Charlie to get some money for a bookcase for the living room to finish it off for the big day. I took the bank book and found there was nothing in the account. I thought there was at least $2,000 in the savings. I was in total shock. I was in tears. I am sorry now for having trusted him and for not having kept track of the account. Thank God, I had my own bank account to pay the bills.

We did have the party, and it was a success. The day was beautiful, a bright sunshiny day. The backyard had beautiful flowerbeds with lovely shrubs and flowers. We had arranged for a bouquet of red roses on the table and the pool was sparkling. The only problem was my heart, which was heavy with grief. I wanted to make a speech to say I would be divorcing their son, but did not want to spoil their day.

Not knowing what to do about my home life, I went into a state of depression. I didn’t eat for five days. I was losing weight and sleeping all of the time when I wasn’t working. My neighbor dropped by and found that I’d been in bed all day. I did not know then, but this was a sign of deep depression. I’d decided to use anorexia as a way out of this world. That way no one else could point the finger at him as the reason I committed suicide. A good friend got me out of that frame of mind, and I finally took a stand.

One time my friend from grade school, Casey said, “My friend, you have been carrying on about leaving Charlie for quite some time now. Seeing the misery in your troubled life, how long is it going to be before you step up to the plate? I hope you get this problem taken care of before it destroys both of you. The way you’re going, this could be forever. Is this anguish going to be the center of your life for the rest of your years? ” Casey made me see what I should be aiming for. I needed to stop this grumbling to my friends. Without realizing it, I must have been draining their spirits. Marley, another dear friend, and Casey gave me that strength to go forward with my life. I did not have to be an enabler for Charlie nor a victim of a manipulator and a controlling alcoholic.

I insisted on putting the house up for sale, and in no time, it sold (before the sign was even in the ground.) Charlie’s parents did not know we had put the house in the hands of a real estate agent. They talked to me in the mall, and I told them to phone their son. They did not believe our circumstances could be so bad, and wanted us to meet in their home to talk things out, especially about the letter. It was already too late. At the meeting they learned I was moving to a two- bedroom apartment for Mulligan and me not far from his school. Charlie had moved closer to his work. I was hoping all would be okay, but I was wrong.

Early days of marriage are usually filled with hope and promise for a bright future. Though problems arise, they are usually solved together. Some couples are lucky and find the happiness that comes with sharing a life with a spouse they truly love. For others, it’s not to be.

In her book, Beside Me: A Spiritual Journey in Trust, author Nirel shares the story of her marriage, which was far from what she dreamed of. The mundane troubles of a young married couple escalated to domestic assault and numerous serious attempts to harm her. With a deep faith and the Holy Spirit as her guide, Nirel escapes life with an abusive, alcoholic husband and begins a journey she hadn’t counted on.

Though covering many serious matters, this memoir also reveals the simple joys and humorous anecdotes of her life in Ontario and elsewhere. From cars stuck on the railroad tracks (and the train does come along), sleigh rides in waist-deep snow, cross-country skiing that terminates with a fire at the lodge, to the abject horror of being assaulted and strangled with her own robe sash, Beside Me: A Spiritual Journey in Trust is a story of courage, spirit, and faith.

Nirel’s secret to stability and balance in tough times comes from her continued strong faith. An author-friend and her mother encouraged her to share her story to give others hope and the important role faith can play in one’s life. She currently lives in northwest Florida.