To Fruit Street and Beyond 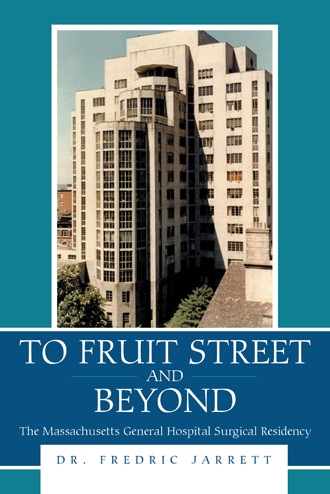 The Massachusetts General Hospital, known as the MGH, which Harvard medical students said stood for Man’s Greatest Hospital, was the most sought-after surgical training program in the United States. It was the first-choice internship for fourth-year Harvard students going into surgery and for students from other U.S. medical schools as well.

In To Fruit Street and Beyond: The Massachusetts General Hospital Surgical Residency, author Dr. Fredric Jarrett shares his recollections from when he and his colleagues—interns and residents—trained at this hospital. It was the end of an era, now long past, when general surgery was predominant and all-inclusive. When he began his internship, general surgery included thoracic, cardiac, vascular, plastic, transplant, head and neck tumor surgery, and gynecology. Eight years later, when he finished his residency, additional specialty training had been established in most of these areas.

Engaging, entertaining, and enlightening, this memoir offers insight into the lives of housestaff and medical care at one of the United States most prestigious hospitals for medical and surgical training.

Dr. Fredric Jarrett, a vascular and general surgeon, is a graduate of Dartmouth College and Dartmouth and Harvard Medical Schools. He did graduate work in French literature at the Sorbonne prior to medical school. He served as a surgeon in the U.S. Army and was surgical consultant for U.S. and U.N. Forces in Korea. He and his wife have three grown children and live in Pittsburgh.