You Can Get Here from There 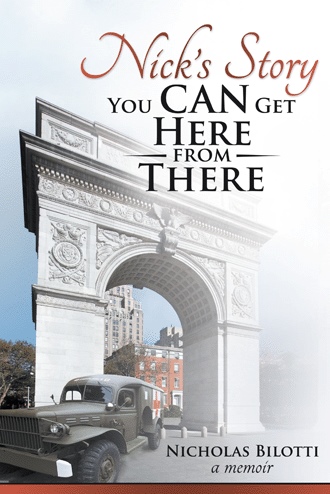 There really was no way out. I knew it all along, but true to form, I tried not to think about it in the hope that by some miracle it would turn out all right. It was August, and it was hot sitting in an economics summer school class offered to students who were either incapable or unwilling to do the work required to pass during the regular school year. The class was full of reluctant students just like me. Even at that moment my mind was somewhere else. I wasn't listening to a word that the instructor was saying. I allowed my mind to escape the imprisonment of the steamy classroom where we were all held captive. It was the silence in the room that finally brought me back to reality. The teacher had stopped his lecture. I looked up to see why he had stopped but nothing seemed unusual. The classroom windows were all opened as far as they would allow, but there wasn't even a hint of a breeze. Outside a car radio was turned up, and a voice was singing, "You saw me crying in the chapel". We all sat listening as the music, a welcomed relief from the droning economics lecture, drifted into the room. I turned toward the teacher and I saw that he had removed his suit jacket. The perspiration stains had run down the sides of his shirt nearly to his waist. He was suddenly aware that the students were watching him, and a self-conscious smile crossed his face. "That's a pretty song," he said. The students were too drained to agree or disagree.

He stood silently for a moment, and then as if he realized that continuing the lecture with this group and under these conditions was pointless, he mopped his brow with a handkerchief that he pulled from his back pocket and said, "Okay, final test tomorrow. Go home, try to stay cool and study."

Nick’s Story is a bittersweet retelling of family love, personal struggle and deceit, as well as unfortunate and unexpected betrayals in trust. The events take place in a tumultuous nine-year period in the author’s life, culminating in a remarkable ending.

A high school drop out at the age of 17, and after a series of dead end jobs, the author enlisted in the army and served in the army’s medical corps. There he met several unforgettable characters and he experienced life changing events. For some inexplicable reason and against all of the odds the author gained acceptance into New York University. In 1962 he received a Bachelor of Science degree in English and in 1964 he received a Masters Degree in English Literature from New York University. He subsequently taught high school English for thirty-four years and currently resides with his family on Long Island.