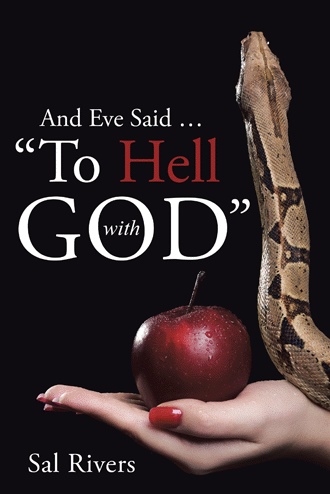 The “Old Testament”, widely recognized by atheists as one of the oldest fictional history books, but a history book none-the-less, states that God created man in his image. Chapter one of Genesis documents the creation of mankind and the rest of the lesser species. However, when you read carefully, you realize that for some unexplained reason, God subsequently designs an ingenious specimen: a special male named Adam.

Genesis does not go into too much detail as to how God decided what genitalia man should have, other than the revelation:

“God created man in his image.

In the image of God, he created him.

Male and female, he created them.”

The question arises as to what he used for a female model, genitalia included? Ahhh yes, female genitalia, brilliantly designed, musk and pheromonal aura included, destined to cause the downfall of Emperors, Tsars, Presidents and anointed ones.

No one has clarified who exactly accompanied God prior to the advent of man, but one word in the next passage gives credence to the presence of a companion. It would appear that the accompanying “Goddess”, mentioned by possessive pronoun only, was an equal, worthy of being included in the imaging process. Genesis goes on to say:

IN OUR IMAGE AND LIKENESS”

The Old Testament of the Bible states that God created man in His image, which would lead many to see Genesis as chauvinistic. What of Eve? Although greatly argued, the existence of a female Goddess is equally and vaguely documented, allowing us a clearer understanding of the influences that led to where we are today, ensnared in a “battle of the sexes.”

Sal Rivers uses his life experience in social enforcement to outline, in handbook style, said battle. His unique and blunt approach forces us to reevaluate our beliefs and explore the gender war by taking it back to the principles of creation. For example, what if this “battle” is more than terrestrial, still being fought in the heavens as we struggle to connect here on Earth?

Each of us participates in the gender war on a daily basis and seeks to find solace in a partner who seeks the same. Understanding today’s dating rules is imperative, but recognizing the decisions of the ancient and more recent past—when men attempted to subordinate women—will aid in revealing humanity’s shortcomings and assumptions about love. Perhaps, then, our relationships will become experiences of divine elation instead of fruitless endeveavors.

This is Sal Rivers’ debut book. He spends the Winter months in Placencia, Belize and returns to New Jersey for Spring, Summer and Fall.