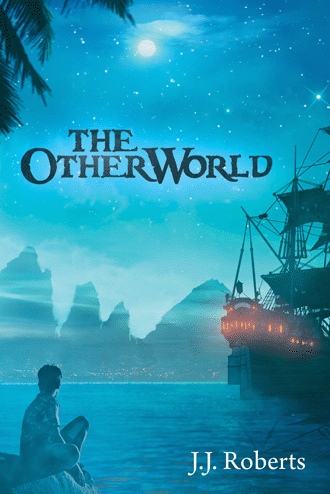 The rest of the day was pretty uneventful and he was able to ignore any thoughts about the little boy and the unusual events of the last week. The school day was winding down and Zac was about to begin his short walk home from school. He was so happy to be allowed to walk home. His parents had decided this year, his first in middle school, they would let him walk home if he kept up his grades. It wasn’t so much he liked to walk but he felt a kind of freedom in being by himself and walking along at his own leisure. He tried to be responsible and this was a sign he was actually growing up. Plus, it delayed the start of his homework, a task he thoroughly enjoyed delaying.

It was amazing how long it would take him to walk the short one mile distance to his house, stopping to look at every little creature, kick every stone on the sidewalk, and pick up any sticks or pine cones in his way. Sometimes he would walk home with his friends but today he was by himself. And he was enjoying the whole trip. As he walked forward to make the turn into his subdivision it happened. He wasn’t sure what it was but it definitely happened.

Zac stopped instantly. It seemed as though the temperature had dropped 30 degrees in just one step. The sun was out and it was a pretty day. But, as he glanced toward the sun he noticed a waviness in the sky. It was as though he was looking through a pool of water. He could see the sun but it was not clear at all. And the clouds seemed to move in a big blur. Nothing was different around him but he felt like he had stepped into a big plastic bag.

He thought for an instant about a storm but quickly brushed that aside. He took a few steps back and everything returned to normal. The sun was bright and clear, the clouds crisp and bright white, and the temperature was back to normal. Something was definitely going on and he had to find out. He stayed in that area for a few more minutes, stepping in and out of the “Zone” as he had decided to call it. Each time he stepped into it, the temperature dropped and everything looked as though he was staring up at the sky from the bottom of a pool.

He was standing inside the zone when he faintly heard someone calling his name. He could not quite make it out as he strained to listen. He was about to call out when the blast of a car horn broke the soft silence and rushed him back to reality. Jumping from the sound he realized he must have been standing there for quite a while. As he looked to his left he knew the trouble was already starting. It was his mother who had been calling his name, finally laying on the car horn to get his attention.

He climbed into the car, hoping to describe the situation he just experienced but quickly decided it would be useless. There was no way his mother would listen. She was a realist from the word go, and had never even considered a fantasy world. He wasn’t even sure she had been read stories like Alice in Wonderland or Snow White. Her father seemed so strict and down to earth. Zac had grown to respect him tremendously for his strength, intelligence, and deep love of family but wondered if his mother had any fun playing while she grew up. Regardless, he knew he must just sit and listen to the upcoming scolding for just standing there on the sidewalk staring at the sky.

Rachel began her standard speech about responsibility and growing up. He could almost repeat it, word for word, he had heard it so many times. He knew he deserved it most of the time but there were unusual circumstances now. He had to get this across to her. He had to tell her what was going on but he didn’t know how. Just as she was finishing the part about ‘You’re old enough now and we trust you to come home right after school’ it happened.

Standing there, right in front of the car was the little boy with wavy blond hair. He couldn’t be more than 10 feet away and he knew his mother was staring straight at him and didn’t see the boy. In his fear for the boy, Zac screamed out “STOP”. Of course, his mother slammed on the brakes instantly causing the car to skid to a stop. Sadly though, it was too late. The car had come to rest directly over the spot where the little boy had been standing.

Zac feared the worst as he threw open the door and jumped from the car. He immediately got on the ground to see the terrible sight he expected under the car. His mother, not knowing what was going on also jumped out of the car, got down on her knees and looked underneath. Zac was almost in tears as he bent down and popped his head beneath the car.

Sadly, the only sight he saw was that of his mother’s eyes staring back at him from the other side. They were glaring at him so hard that he could feel the pain piercing his chest. He didn’t really care what she thought at this instant because he knew what he saw. There was a little boy standing in the road and he did get hit by the car. Zac saw it all happen. What was going on? Both Zac and his mother were speechless. As Zac slowly got up to get back in the car he knew he was in huge trouble. He could not even imagine what would happen when he got home. Several cars were now backed up in the street behind them and he could tell his mother was embarrassed. That was not a good thing because she hated to be embarrassed.

Zac is a smart, athletic, twelve-year-old who enjoys life, having fun, spending time with his friends, and especially playing baseball. His world turns topsy-turvy one spring break when his dreams begin. The dreams are so real, he’s not sure if he’s dreaming or actually traveling to these unusual places.

After one dream, he wakes up with black-and-blue marks on his arms. Could they possibly be from the pirate he ran into during his dream? Zac’s discoveries leave him knowing he’s involved in a very serious fight for leadership between the aliens, the Mayans, and the current world as he knows it.

Zac finds out he’s a descendant of the Mayans, but there’s no one to ask about how to deal with his unique capabilities. He’s on his own; he doesn’t have a clue how to address the issues and save his family and his world. When his mother gives him a book, handed down through the generations and not opened for more than one hundred years, it may help him through these struggles. Or does it just make the situation more confusing?

J.J. Roberts is a technology entrepreneur who earned a Master’s degree in Decision Science and started three successful software companies. His engineering background was the motivation to learn more of the Mayan civilization and their amazing capabilities. Roberts’ motivation to write The Other World was the story telling and fun he had playing with his two daughters and currently, one granddaughter.