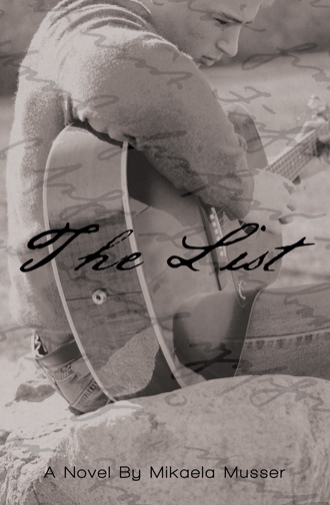 ryffin spoke, “Do hear that?”
Emery didn’t hear anything out of the ordinary. “No?”
“Listen,” Gryffin gave her hand a small squeeze, “You’ll hear it.”
She tried to focus but only heard the small breeze blowing through the wheat and grass. “What am I supposed to be listening for?” She felt impatience coming on. Gryffin didn’t answer her. Emery opens her eyes to see what he was doing. Gryffin had his eyes shut. He seemed to be at peace, even more so than he usually did. Emery watched him for a moment, studying him. Gryffin opened his eyes after a moment as if he could feel her stare resting on him. He turned his head to the left and then to the right, examining his surroundings.
Gryffin directed his eyes back on Emery. “What do you hear, Emery?” he asked inquisitively yet knowingly at the same time.
“I hear the wind. I hear the grass and the wheat rustling,” Emery says like she is hoping that is the right answer.
“Do you?” he asked in a sort of tone that made Emery question herself.
She nodded again, still not understanding what he was getting at.
Gryffin closed his eyes again, “I hear music. Music playing vibrantly all around us.” He turned his head to the left, eyes still shut, “Over there is the strings,” he turned his head to the left, “Over there is the winds.” Gryffin opened his eyes again, “Behind you, percussion.”
Emery gave Gryffin a curious look. He took a step closer to her, “Don’t you hear it Emery? Do you hear the melody sweeping through the field? I do.” Gryffin breathed in a breath of fresh air, “I hear it all.” He focused his attention back to her. She didn’t know what to say. Emery didn’t hear anything that he is claiming to hear. So, she closed her eyes again and played along. But, something strange happened.

She heard the music.

Emery opened her eyes quickly, looking around her. She saw no one else around them and no car or building was in sight. Emery couldn’t help but laugh at the thought of there being no place where the music could be coming from. Gryffin laughed too. She turns around and watches the wind make patterns in the field of wheat around them. With each gust, the melody struck the most beautiful sound she had ever heard. The song was a moderate tempo, it was relaxing yet powerful. From behind Emery, Gryffin reached around her and takes her hands. He then lifted them up over her head and begins waving them back and forth, as if she is conducting the sound the wind is making. Emery laughed even more, glee filling her spirit. The same glee Gryffin showed every day.
Gryffin continued to do this for a few more seconds. He then eased off so Emery was the only maestro of the orchestra. She allowed the wind to guide her gestures, moving her arms up and down. She knows this is all in her head, but still, the imaginary orchestra filled her with such emotion. Emery felt something wet in her eyes. Tears? Was she tearing up? No, why would this have any emotional effect on her? It didn’t make sense. Emery slowly brought her hands back down to her sides. The wheat brushed up against her fingers as the wind blew them around. The music was gone now.
Gryffin walked in front of her and saw that she was crying. Emery was not embarrassed this anymore. Not since the first time he had seen her cry did she worry about keeping her emotions in check. He looked at her with a meaningful gaze and said, “Let me take this one.” Emery sniffles and nods slowly. She knows why she is crying now.
Emery watches as Gryffin turns from her and back to the field before them. He raised his hands back up and began conducting another melody. He seemed so lost in the music, like everything he has was being poured into it. He twirled his hand up in the air as if he wanted his orchestra to repeat the song. Gryffin walked back to Emery. He extended his hand out to her like he did before. Emery takes it without any hesitation. Gryffin took her into him and they began to dance slowly to the melody he had just conducted.
“You don’t have to do this alone anymore, Emery.” Gryffin whispered. “You’re free.”

As a child, Gryffin Brooks was a musical prodigy. Now a young man in his twenties, although he has lost both of his parents to an accident, he still looks on the brighter side of life. He’s optimistic even when everything seems to be falling apart.

This view of the world is tested, however, when he meets Emery Everett. She calls herself a realist. They are drawn to each other despite their drastically different approaches to living. In an attempt to convince her that life isn’t as awful as it seems, Gryffin makes a list of various activities to do together. She’s skeptical but decides to give it a shot. The road isn’t easy, especially when Emery is forced to confront her past, and the choices of Gryffin’s troubled brother interferes with their progress. Although Gryffin’s mission is to help Emery see the best in everything, she may be changing him as well.

In this romance novel, an optimistic man seeks to change the mind of a pessimistic woman with a troubled past and soon finds his own life changed forever.

Mikaela Musser wrote her first full-length story at age thirteen. In addition to writing, she also works as a photographer. She currently lives in Fremont, Ohio.