The Ebola Outbreak in West Africa 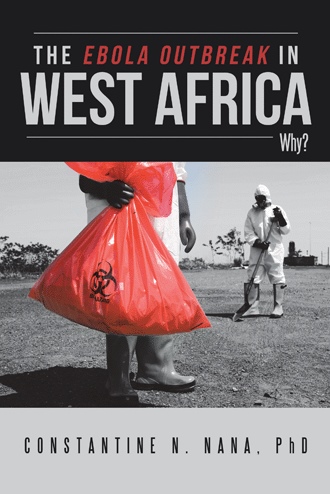 Human Clinical Trial by Tekmira
It was expected that Phase I of the trial would guide the researchers working with and for Tekmira in determining the appropriate dose of TKM-Ebola for potential use as a medical countermeasure against the Ebola virus, and possibly other hemorrhagic fever viruses. In a press release, Mark J. Murray, the President and CEO of Tekmira had noted that the results of the trial would be published in the second half of 2014. However, the company did not publish the findings as promised because, in July 2014, the FDA put the trial on clinical hold on the Investigational New Drug application (IND) in order to obtain additional information and effectively assess the effect of the drug. The FDA had initially granted Tekmira a Fast Track designation for the development of the drug. During the clinical hold, the multiple ascending dose phase of the trial was modified in order to ensure the safety of healthy volunteers. The hold was then modified to a partial hold in order to administer the drug to patients with confirmed or suspected infection. In April 2015, the FDA again modified the hold in order to permit Tekmira to repeat dosing of healthy individuals. The threshold was 0.24mg/kg/day in healthy individuals. The company surprisingly resumed the clinical trial with Phase II without publishing the findings of Phase I. It then announced that the findings of Phase II would be published in the second half of 2015.
However, on June 19, 2015, Tekmira released a press statement to the effect that the Phase II of the human clinical trial of TKM-Ebola-Guinea had reached a predefined statistical endpoint and enrollment had been closed. As pointed out by Andrew Pollack of The New York Times (June 19, 2005), the experimental drug had not worked on patients in Sierra Leone. Tekmira noted in the statement that the drug “was not likely to demonstrate an overall therapeutic benefit” even if enrollment continued. Interestingly, the company did not publish its findings and simply said that data was still being analyzed. It equally did not publish the long-awaited findings of Phase I of the clinical trial although it had promised to do so in the second half of 2015. Peter Horby of Oxford University, the chief investigator on the study (Phase II), told The New York Times that more time was needed to analyze the data. The New York Times said the trial was conducted in Sierra Leone and sponsored by a biomedical research charity based in the UK, the Wellcome Trust. For ethical reasons, the researchers did not use a control group of patients receiving a placebo or a different drug. All the patients were given the experimental drug. The Phase II single arm trial was referred to as the Rapid Assessment of Potential Interventions and Drugs for Ebola (RAPIDE).
It is interesting that Tekmira’s press release talked of TKM-Ebola-Guinea and not simply TKM-Ebola. TKM-Ebola-Guinea is an anti-Ebola RNAi therapeutic that targets the Ebola-Guinea strain or more specifically, the Zaire Ebola virus (Makona variant), which diverges slightly from the Kikwit strain that was the original target of the drug. The Makona strain was responsible for the outbreak in parts of West Africa in 2014, while the Kikwit strain was responsible for the outbreak in the Democratic Republic of Congo (previously known as Zaire). As mentioned above, the press release in 2014 talked of TKM-Ebola. Thus, it may be assumed that the Phase I of the human clinical trial was conducted in an undisclosed location using TKM-Ebola, while the Phase II of the trial (sponsored by Wellcome Trust) was conducted in Sierra Leone in the middle of the epidemic using the TKM-Ebola-Guinea. As such, there is still so much uncertainty about the Phase I of the trial: where was it conducted, and where were the healthy volunteers recruited. It is also uncertain whether the order by the Sierra Leonean Ministry of Health and Sanitation to Tulane University (The Consortium) to “stop Ebola testing” was one of the reasons that motivated the decision to discontinue the trial; apart from the fact that Phase III (administering the drug to large groups of people) was “not likely to demonstrate an overall therapeutic benefit.” The publication of the findings of Phases I and II of the trial would certainly help clarify these concerns, and it is only unfortunate that so much time is required to analyze the data.
On October 1, 2015, I reached out via email to Peter Horby of Oxford University, the chief investigator on the Phase II study. My mail read as follows:
Dear Prof Horby,

I am currently carrying out a study on the media reports of 2014 outbreak of the Ebola virus disease in parts of West Africa, as well as the information that trickled down to West African citizens and their reactions.

In this light, I would be very grateful if you can shed some light on the clinical trials conducted by Tekmira using TKM-Ebola and TKM-Ebola-Guinea. This is because the findings of these trials are yet to be published. On January 14, 2014, it was announced that Tekmira had dosed first subjects in a Phase I human clinical trial of TKM-Ebola. However, the findings of this trial (where it was conducted, where the volunteers were recruited from, safe dosage, side effects, etc.) were never published. The trial had resumed after the clinical hold put by the FDA.

Also, on June 19, 2015, Tekmira released a press statement to the effect that the Phase II of the human clinical trial of TKM-Ebola-Guinea (not TKM-Ebola) had reached a predefined statistical endpoint and enrolment had been closed. Also, the findings of the Phase II trial have not been published. Is there a tentative date on when they might be published?

Lastly, did the Ministry of Health and Sanitation of Sierra Leone influence the decision to discontinue the trial in Sierra Leone?

I would like to thank you again in advance for taking time out and clarifying the above.

The Zaire Ebola virus appeared out of nowhere and then disappeared into thin air after killing scores of humans in West Africa. In The Ebola Outbreak in West Africa, author Constantine N. Nana attempts to better understand the outbreak and answer the question: why?

Through meticulous research, combing through misleading media reports and equivocal academic papers, Nana takes a close look at the chain of events. He raises a series of questions:

• Why were there Ebola experts in the region shortly before the outbreak?
• Why did the Sierra Leonean government order a research institution to stop “Ebola testing” during the outbreak?
• Why did the United States’ government decline to renew funding for one of the research programs during the crisis?
• Why did one of the key researchers state that the epidemic may have been caused by a contaminated needle?
• Did the initial outbreak really originate with a two-year-old child in an isolated area?

In The Ebola Outbreak in West Africa, Nana challenges standard explanations of the virus’ origins and demonstrates that many questions remain unanswered.

Constantine N. Nana has held teaching and research positions at universities in the United Kingdom, South Africa, and Cameroon. He’s also published a number of academic papers and presented at conferences across the world on a variety of issues including the ethics of traditional medicine, patient autonomy, arbitration, and corporate liability.