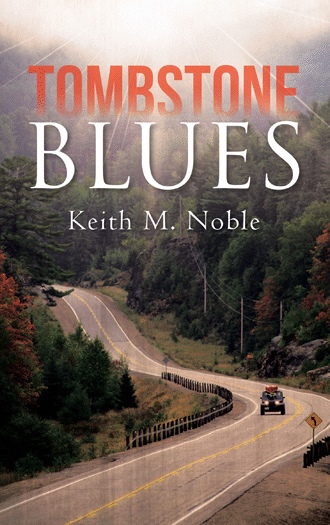 As Abel stood by a gas pump, he heard someone cough, a cough that seemed to be intended to attract his attention. From the entrance to the convenience store, a lanky, gum-chewing young man dressed in tight, faded jeans with holes, gazed at Abel through dark glasses. The young man approached slowly, hands in rear pockets, stood a few feet from Abel and gave a puzzled look.
“Never seen a human being before?” enquired Abel.
The young man shrugged. “No, sir!”
“Never?”
“I mean, yes, sir.” the young man said causally. “Got a breakdown, sir? Or run out of gas, like everyone does?”
“Listen, I felt and heard a car. You know, something like a car, go that way,” said Abel, pointing west. “It sped past and didn’t stop for gas. What do you say to that?”
The young man smiled pleasantly. “No, sir. No car passes here without stopping. No one does that to us. It’s not even allowed.”
“Not even allowed? Is there some statute to that effect? You know, a law made by the government?”
The young man looked blankly at Abel without saying a word.
“Did you see the man and his dog?” whispered Abel.
“I’m sorry, but I can’t hear you, sir.” The young man’s voice was suddenly raised, as if he were on a stage performing for an audience.
“Ah, by the way, the name’s Abel.” The two men briefly shook hands.
“I’m Tom,” bellowed the young man, returning his hands to his pockets.
Tom’s eyes seemed to search the premises. Abel sensed something theatrical about the young man’s behavior. Why did Tom feel the need to project his voice? Why was he looking around the gas station, as if he had never seen it before? And why did he avoid answering the question about Old Hiker? What was he hiding?
“Come on, Tom, let’s not play games,” said Abel. “You guys have been acting funny the whole day. I’m tired of that. There was a man here. An old man and a black dog. He wore a coat.”
Tom continued to scan the gas station as Abel stared at him, hoping to retrieve his own sanity, simply by hearing the young man admit that he too had seen the old man and his dog. Abel did not care if Tom had not seen a jet, or a rocket, or whatever it was that had roared by. That happened too fast. But Tom must have heard it. It was so loud that no one at the gas station could have missed it. Surely, Tom must have seen the old man. Old Hiker had spent a long time at the faucet.
“You’re joking, aren’t you, Tom?”
“About what, sir? A dog wearing a black coat?”
“About the old man.”
“You alright, sir?” asked Tom. The two men then stood so close to each other that all Abel could see was his own reflection in Tom’s dark glasses. “I’ve got some aspirins. They’re still good. They expired only last year.”
“The old man who was here, man!” yelled Abel. “He was here, wasn’t he?”
“No need to shout, sir. I didn’t see him.” Tom shrugged. “Maybe, I guess, because I was at my house? I didn’t see him.”
“A house?”
“Yeah, the one behind the store.”
Abel looked. The convenience store was no bigger than a small mobile home, and it was clear that there was no house behind it.
“I’m not interested in your damn house,” fumed Abel. “This is about the old man. He was here. Right here.” Abel explained how the hunched-up old man had walked leisurely across the road with a cane, a bag, and a dog. “He stood by the faucet. His dog too.” He walked to the faucet and pointed at it, as if it was an object of the greatest importance. “Right here. This is a faucet, right, and it’s yours? You saw him, didn’t you? Come on, don’t make me mad!”
“Maybe we have a communication problem, sir.” The young man inhaled a long, deep breath and shrugged. “When did this man come here?”
“Look, I was with him in Lima City, at the Moon Town junction, at the restaurant in the game park, at the bridge. You know there’s a bridge this way, don’t you? And you know there’s a river, right?”
Again, Tom shrugged his shoulders, as if he did not have a clue what Abel was talking about.
“But there has to be a river if there’s a bridge!” insisted Abel.
“No, there’s no river,” said Tom calmly. “There’s a bridge, yes, but you don’t always need a river to have a bridge. Politicians need to build things to be reelected, sir. Well, I don’t know of any river, and I don’t know about anyone standing by this faucet.”
“You saw him. I know you did. I saw him in the city.”
“But you said he was here.”
“Look, he drank from that faucet. I’m not a fool, you know. I’m a highly respected member of the Lima City Chamber of Commerce and the National Chambers of Commerce. I sit on many national committees. I volunteer. I’m a good family man with a stable marriage and kids. Are you married, young man?”
Tom knelt by the faucet and turned the brass handle. It hissed and croaked. Not a drop of water emerged. He made a fruitless, theatrical effort to turn the faucet further than it could go before he sprang to his feet.
Abel stooped to open the faucet, which responded only with a fatigued groan.
“As you can see, sir, it’s hot and dry around here,” said Tom. “You can see the area around here is as
dry as the Sahara Desert. We have had a power failure since yesterday, so we can’t pump water or gas.”

When Abel learns that his favorite uncle has died, he and his cousin, Ken, plan to meet at a convenience store the next morning to travel the five hundred and fifty miles to the funeral together. But just as Abel realizes Ken is a “no show,” a stranger opens his car door and plants himself in the passenger seat. It seems that fate has dropped Mike right into Abel’s life, whether he likes it or not. But when Abel decides to give Mike a ride, he has no idea that the stranger is about to turn the trip into a nightmare.

Mike is an arrogant control freak who seems to cause extraordinary things to happen. While he tells frightening tales about hitchhikers and deaths on the highways, Abel must summon false courage to survive the day. Mike has seen a man determine the fate of a passenger bus and people die in mysterious ways. He has slept in unusual places and met a family that refused to die. But it is not until Abel is led to a graveyard where he must unveil his father’s humongous tombstone that he is finally forced to face the brutal reality of his existence.

Tombstone Blues shares the gripping tale of an unstable man’s convoluted journey of self-discovery as a road trip transforms into a haunting roller coaster of horror and death.

Keith M. Noble is a penname for a former radio and television executive who lives and teaches in Atlanta, Georgia. Tombstone Blues is his first novel under the penname.