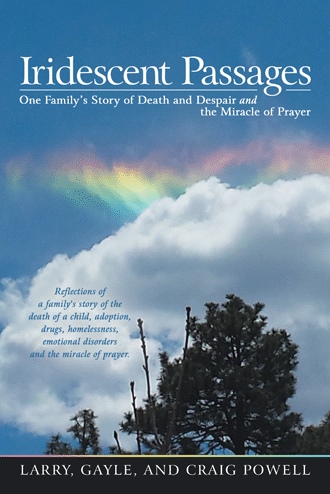 A family whose daughter died, and dealt with a son that was violent towards himself, his mother and many others. The survival of each family member and how together conquered some of the most unbelievable conditions. They come as a family to share their story of survival and love.

Larry and Gayle Powell began their fifty-five-year journey together when they were sixteen years old and attended the same church. After their marriage in 1965; the birth of their daughter, Charmaine, in 1966; and the adoption of their son, Craig, a few years later, the Powells felt like the ideal family, full of hopes and dreams.

This memoir shares how, with God’s guidance, Larry and Gayle persevered to keep the family strong. It offers hope for others that, despite difficult circumstances, healing, recovery, and new beginnings are possible.

Larry and Gayle Powell have been married more than fifty years. Their daughter, Charmaine, died at age eight.
Craig Powell, Larry and Gayle’s son, is now a father and business owner.