Everywhere the Soles of Your Feet Shall Tread 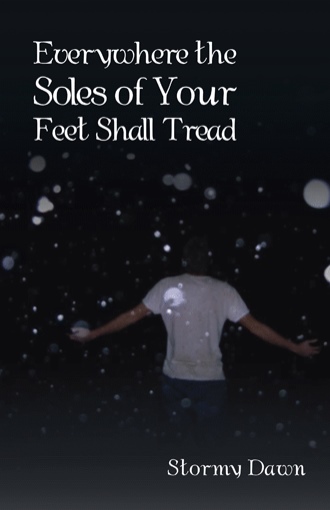 It was January 3rd, 2014 at 7:45 PM when CAM got out of his pick up carrying his daughter ASM and ran across the street with his stepson to the Police Department. The Police Chief wrote that CAM appeared to be very nervous and was visibly trembling when he entered the police office. He was so nervous that he did not want to stand in the light because he feared his wife would come and attack him again. There was swelling and bruising under his right and left eyes. His wife had used her cell phone when hitting his face. As they spoke, CAM stated that the two of them had been quarreling all day because he had found drugs in the house. This incident only ended when she left the house to meet with one of CAM's fellow employees to sell him some e-cigarettes. During this day that CAM said,”I would never like to repeat” he used his cell phone to record some of her comments. The Chief listened as the recording included her screaming “I hate you” many times, calling her husband “a piece of shit” several times. Later telling him “I'm going to bury your ass in court”. This continued as she said “I'm going to beat the fuck out of you”. Her logic appears clearly as she says “If you didn't want hit, then you should have left when I was sleeping”. This logic that was illustrated confirms why her young son was hesitant when the officer asked him what he saw. The boy stated he didn't want to get his mother in trouble and the words he used appeared to be rehearsed as he stated that he did not want “to make the wrong decision”. The dye was cast when she was taped saying to CAM “I'm going to fucking kill you”. As she continued her violent display against him, she also stated “I'm more than happy to go to jail”. She was arrested for 3rd degree domestic assault Friday night at and jailed at the nearby County Jail. This was less than 30 hours before the deaths occurred.

When asked before being arrested whether she hit her husband in the face, she simply said “no.”

Stormy Dawn asked her daughter to check on her brother in December 2009. It was going to be his last day of classes at community college until the spring term, and he hadn’t come down for breakfast.

Her daughter told her that she needed to go upstairs, as her brother—“NGH”—was not in his room. But his computer was open and there was a note on it.

Like many parents, she was left wondering why. One of his suicide notes read: Everything I have been through has turned me into a limp creature on its last breath. I tried in vain to heal these wounds. My cries for help became the twisted ravings of a madman. So I was feared as one, and that fear was the final crushing blow to my soul.

In this heartfelt account, the author explores how teachers, friends, and family members failed her son, and she also shares her other painful encounters with gun violence.

Author and 33 year Nebraska resident Stormy Dawn has written about tragedies that have happened in her family. This book is part of a grieving process to deal with the loss of her two sons and grand daughter who each died of gun shot wounds to the head. Returning to college after 27 years, she obtained an Associate Degree in Architectural Drafting, a Bachelor of Science Degree in Organizational Communication, and is currently working toward a Master of Management Degree at Doane College. For two years she worked as an AmeriCorps volunteer for the Nebraska Supreme Court System and State Probation.