The Struggle to Survive 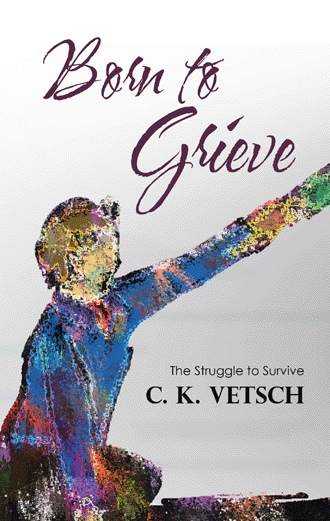 The wounded child within us can remain unhealed for many years, and possibly for a lifetime. Some bury the hurt very securely beneath a veil of traumatic amnesia because they are unable to deal with the pain. The reality of the hurt is so real and the betrayal of the one who hurt them is so terrible that they cannot deal with it at that point in their life.

Unfortunately, if the wounded child remains unhealed, it is impossible to be healthy emotionally, physically, and spiritually. We can manage to function on a daily basis and may not be aware that we are not well, and serenity will elude us because of the wounded child within us. Sometimes we bury the terrible secrets that are too scary for the conscious mind to deal with.

I read an article in the newspaper about a thirty-year-old woman whose childhood was triggered by a glimpse of her own daughter. The memory that was triggered was the molestation and murder of her eight-year-old friend twenty years earlier. Her own father had taken his daughter and her friend to run errands. On his way, he stopped along the roadside and raped her friend. The little friend got out of the van and crouched in terror. The father picked up a rock and bashed the girl’s skull as his daughter watched in horror.

This memory was buried for twenty-one years. As a young child witnessing such a horrible act, she could not deal with it in her conscious mind. She deeply buried it to protect herself. Her own daughter bore a striking resemblance to her murdered friend, and as she watched her, the memory came flooding back. She also remembered repeated sexual abuse by her father. She reported the incident to authorities, and her father was convicted twenty-one years after the crime.

Perhaps we are fortunate that we suffer loss of memory from traumatic events. Sometimes we do not remember any part of a tragedy. At other times, we recall bits and pieces a little at a time. As long as the memories are buried deeply within our wounded child, we do not deal with them. They continue to affect our daily lives in a profound way, even though we are not aware of it. We never know when or how the memory of our wounded child will be triggered. It may be something very simple and seemingly unrelated, or it may be something similar that triggers our memory.

If we suppress our memories and continue to protect the suppression of those memories, a part of it may be triggered without us being consciously aware of what is happening. We may become physically ill or severely depressed but honestly believe nothing is bothering us. We may staunchly defend our wellness when questioned by doctors or friends. Although we are still protecting our wounded child by burying those memories at a subconscious level, we are paying the price with our bodies, minds, and spirits.

The wounded child buried deeply inside my second brother stayed there for thirty-six years. He finally killed himself because he could no longer bear the pain of everyday living. He never received sufficient help to understand his wounded child. The death of our older brother seriously damaged him. From that day on, his life was totally dysfunctional. Alcohol, drugs, mental illness, prison, and numerous suicide attempts became a way of life until he successfully ended his life on the anniversary of my other brother’s death. The unhealed, wounded child caused his death.

The wounded child in my mother took a terrible toll on her life, and all the lives she touched. Since she was unwanted at conception and was considered a burden after birth, the wounded child grew larger with all the negative imprinting from the moment of birth until her death. It was like a cancer that causes terrible, excruciating pain, but there is no cure for it. She lived most of her tragic life before the world realized how much damage had been done. She inherited the grief from her own mother who had lost four children prior to her own birth. She gradually escaped into mental illness after my brother did. When she died, she felt as unloved as she must have felt the day she was born.

The wounded child never leaves us. It affects us every day in profound ways unless we are willing to work aggressively to heal it. To heal the wounded child, we have to understand him or her first. Opening the floodgates can cause a great deal of pain. We must want wholeness more than anything else. We must be willing to go through the pain of discovery and the joy of recovery. There will be times when we feel so torn apart by our memories that it hardly seems worth it. To survive the discovery process, we will need good counselors and supportive friends. It will not be easy, but it will be worthwhile. Whether you are eighteen or eighty, it is worth the time and the effort. Serenity is waiting at the end of the long, dark tunnel of discovery.

The wounded child manages to survive in adulthood one day at a time by clinging to the hope that someday he or she will be worthy in the eyes of the parents. If the child has never allowed himself to become a separate person, he or she will continue to be the parent’s child. Repressed memories of put-downs are a ticking time bomb. The child never feels good and never changes his or her lifestyle. Some of these children spend their entire lifetimes waiting to hear their parents’ words of love, acceptance, or approval. When the parent dies, these children feel angry and cheated. Or some, like my brother, will give up waiting for acceptance and get lost in the confusion of mental illness or suicide. It is a tragic ending to a lifetime of suffering and waiting.

I spent my first fifty years of my life doing things that I thought would make me worthy in the eyes of my parents. I was alive only because I was a failed abortion. I wanted to convince my mother that it was okay that she had been unsuccessful in her attempt to get rid of me. I felt it would have been better for me, and everyone else, if I had never been born or had died as an infant. Since that did not happen, I tried to prove to my parents that my life was worth the space it took up on this earth.

I was the only child to graduate from high school and go on to college. I completed many special programs and became a certified chemical dependency counselor. I became a licensed multiple-housing manager with a specialty in the elderly field. I was given the humanitarian award for citizen of the year in my city. I was involved in a children’s rights legislative committee. I became a nighttime street crisis counselor and served as an emergency chaplain for two years.

My first book was published in 1986, and I wrote a book of poems, thinking my mother would like them. I was constantly striving to achieve the one great accomplishment that would earn me some sense of worth in my mother’s eyes. I was a full-fledged caretaker and people pleaser and had been since my brother died in 1947. As the family rescuer, I would paint myself bright red like an ambulance and go out at any time of day or night for family emergencies. There were a lot of emergencies involving my mother, my brother, and his family.

I tried to achieve the “right to life” I had been denied since conception. My mother could not see beyond her own grief and low self-worth. Sometimes she was critical of me because she said I was trying to “be better than anyone else in the family.” I actually considered that a valid criticism and believed that once again I had failed to prove what a nice, intelligent person I was. Whenever she criticized my achievements, I crouched a little lower and felt more ashamed. She found one poem in my book with a minor reference to my childhood, and she did not like it, which negated the entire book.

It’s difficult to comprehend that babies are brought into this world with the predestination to grieve. It seems unbelievable that an unborn child or a newborn baby could be set up to grieve and carry that burden throughout a lifetime. In Born to Grieve, author C. K. Vetsch explains how this can happen, shares these people’s stories, and offers hope for their situation.

Using her personal experiences as an unwanted child as a background, Vetsch explores the emotional abuse of unwanted children, the loss of a child, adoption, and abortion, among others, and discusses the consequences and the impacts. In each chapter, she presents general examples and offers a personal or specific anecdote to illustrate the effects and how one may heal from them.

In Born to Grieve, Vetsch helps those affected to look at their lives from a viewpoint of strengths rather than weaknesses. She communicates how it’s time to put down the burden and find wholeness in body, mind, and spirit.

C. K. Vetsch is the published author of a daily devotional. She has been a certified chemical dependency counselor, a specialist with the elderly, an emergency chaplain, and a nighttime street-crisis counselor. She was also a licensed foster parent for victims of incest and sexual abuse. The author was a “failed abortion,” and her parents reminded her that she “didn’t have the courtesy to die.” She survived out of sheer determination.