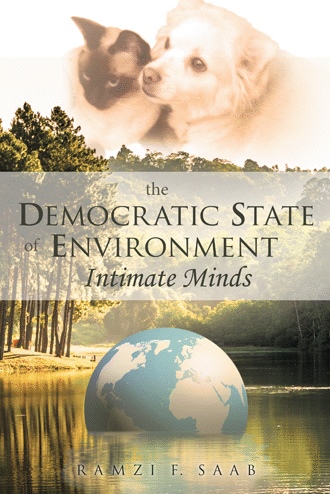 The Intimate Minds
The year was 2035. Both kids were twelve years old. Sally was a strange student. She liked to attend geography and math classes. She was so excited to study those two subjects as opposed to languages and history, which she disliked. Her father kept visiting her school to try to understand the reason.
Once her father asked her, “Why don’t you like history?”
She replied, “Because I’m not sure if what’s written in the history books is true.”
Her father said, “I’ve studied history and used to enjoy the class. It’s like listening to an exciting story.”
Sally said, “Most of history talks about wars and is written by the living. I cannot meet the dead and ask them about their feelings and their opinions regarding what really happened.”
She felt great. It was the same great feeling she got whenever she studied geography and math. She liked clarity. When she thought of leaving school, she heard an inner voice urging her not to. It was that strange intuition once more. “It’s not the right time yet. You have to study and learn more.”
Mohammad used to visit the soldier who had helped him. During one of the visits, the soldier asked Mohammad to help him put on his clothes because he felt a bit of pain due to a mission he had accomplished. During the process of getting him dressed, the soldier asked Mohammad to hit him on the back, but Mohammad was hesitant.
Then the soldier said, “Please hit me so I feel relieved.”
Mohammad replied, “I will, but it’s not my fault if you get hurt.”
The soldier used to get a kind of sexual satisfaction from the beatings. Mohammad did not get suspicious but rather was confused because the soldier asked him to keep the beatings a secret. The sweets and Western food that the soldier gave Mohammad had a great effect on him. Every time Mohammad thought of getting back home, he heard an inner voice telling him not to. It was that strange intuition again. “It’s not time to go back yet.”
To be continued …

LEADERSHIP
I remember the days when I was a student at DeVry University twenty years ago. I was asked to write a paper about leadership. At that time I wrote that leadership had been practiced throughout history as “the art of promoting fear,” and that this art was practiced by the profiteers and the leaders. I cannot forget President Bush’s speech after the end of the Cold War when he said, “Our new enemy is uncertainty.” I felt at that time that victory is worthless if it means replacing the enemy with another enemy. Also in that paper I concluded that leadership should be by example, but today I have a different view, which follows.
Every action motivated by fear is an unbalanced reaction. I will begin with what the leader is not. The leader should not direct our vision to a fearful issue, nor should the leader think for us or teach us how to think; the leader should not be the one who provides a good example. This world is full of leaders who failed to prevent September 11 and failed to bring Osama Bin Laden to an open court procedure. I have not been able to understand the real reason for the historical struggle between Arabs and Jews. None of the citizens of the democratic states were able to understand the reason for the existence of the giant state of China and the midget state of Singapore. None of them understood why they had to save money to go to Bali, where they would be entertained by terrorists and lose their lives. Today I’m fifty years old and I am always trying to see that the great scientific accomplishments will raise the level of human lives.
We have developed the cellular phone many times, but we did not try to develop the democratic system in a way to allow American citizens to understand, for example, that when they elect a president (without realizing the level of influence the United States has over the dictator regimes in the world), they decide the continuity of dictator regimes from which some big companies benefit.
The world is full of knowledge, but it’s not accessible to those who are trying to raise the level of human lives. Knowledge is a result of research. Research needs money, money is with big corporations, and big corporations create or cut down jobs just to increase their fortune. The D.S.E. universities would do research to raise the level of human lives with the least possible working hours.
The leader should be the one who can convince a group of people to use knowledge to improve their lives.
DEFINITION
We can choose one of the following definitions:
1. Leadership is the art of implementing knowledge.
2. Leadership is the art of implementing knowledge in a specific subject and for a specified period of time.
Any person, no matter how successful he/she is, will be affected by a particular incident until he or she dies. For that reason, leadership should be temporary. We have to free history from the individual’s prison. We should not think of leadership as it is now because it is disabling our brains, but we should think about it as specified and temporary, and it resides in each and every one of us.
The role of schools and universities is very important in developing leaders. In our new state, schools and universities that belong to the private sector will be mandated to teach basic education, which covers the ability to read and write one language, basic arithmetic, general law, hygiene, rights, duties, and leadership. These subjects are to be free of charge. After that, it is up to the parents to add more subjects, which they have to pay for.
This is a place for science fiction to work!

Today’s news is filled with many horrible stories of people harming other people, or animals, or the land. Humans wreak a lot of pain and destruction on others. Author Ramzi F. Saab, believes it’s time for a change. In the Democratic State of Environment Intimate Minds, he offers a clear plan for reorganizing the world in a way to bring the most fulfillment to the most people.

Alternating between descriptions of elements of a manifesto/utopian plan and a speculative-fiction story, Saab calls for a soft revolution that will improve everyone’s life, presenting answers or solutions for most of humanity’s problems in the areas of politics, economy, housing, justice, ethics, and happiness. The unique premise invites the bad guys to change the world without losing any of their benefits while the good guys need only to vote one time to start the Democratic State of Environment.

The suggested solutions presented in the Democratic State of Environment Intimate Minds were developed using the root-cause approach reflecting Saab’s way of life and his respect for nature and human life.

Ramzi F. Saab was born in Lebanon and lived there during the Lebanese Civil War until 1984 when he moved to Liberia. After he was evacuated from Liberia by the US Marines, he lived in the United States for nine years. He earned an associate’s degree in electronics and worked for large corporations. In 1999, Saab returned to Lebanon to start his private business.