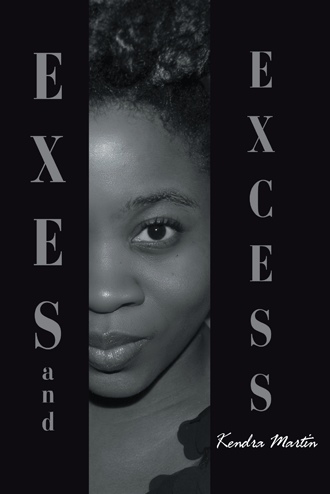 I decided to do something unexpected. I put my arms around his neck and kissed his cheek. He turned and kissed my lips. Passionately. Thoroughly.
We were somehow in my living room. He closed the door and I was against the wall. He became gentler. Calmer. We were still entangled by the same kiss. Changing us forever. I felt him harden. More. And more. But he was not like an animal. Instead he was controlled. But passionate. His hands were on my bare back. Somehow. And he was killing me, from behind with his hands and from the front with his hardness.
He leaned into me. And when his hands cupped my breast, I emitted the first sound. Ummm
Still kissing, the longest kiss. His tongue was making love to my mind. And now my neck. When did we end the kiss?
I had never been taken in such a way. Nor had I ever, exploded in this manner. I opened my eyes, and saw the reason for my intense pleasure. He had my nipple in his mouth, and seeing it, I began to soar to places foreign to me. Against the wall. In my living room. I came in the arms of a man I had known less than a week. With all of our clothes on! What the hell just happened? I had never had an orgasm like that. So powerful that I began to slide down the wall. I had lost all control.
He raised me back up. I was in a daze. He whispered in my ear, “Are you ok? You’re far sweeter than I imagined. I’ll stop if you want me to, but I hope you don’t.”
I just shook my head, and he began to undo my jeans. I was hoping we would at least move to the sofa. But he kept me right there. I couldn’t believe I was about to get laid up against the wall. That was funny to me.
He took off one of my pant legs and began to kiss my leg and my knee and then my thigh. I was anxious for him to get the rest of my clothes off, because the heat from his kisses was causing both of my legs to shake. He then began to kiss me where my panties were and my eyes opened up. He was looking up at me and said, “You smell so good. Don’t worry, I won’t let you fall. I just want to taste you.”
Well, that meant nothing to me, until he slid my panties over and buried his tongue inside of me. I let out a scream that had no sound. He began to eat me like it was the best thing he’d ever eaten ever. I thought I wouldn’t survive it. It was shameful, but I never wanted him to stop. I wanted to die right there, being sexed by him that way.
He didn’t let me fall. He sat on the floor and brought me down on top of his lap. He held me and kissed my neck until I calmed down. Then I felt his finger inside of me. He spoke softly.
“I am so turned on by you. I knew you would be good, but…wow.”
He reached in his pocket and pulled out a condom. He asked, “Am I being presumptuous? Can we take this further?”
I didn’t know what to say. I wanted to, but I worried about what he would think of me. So I shook my head yes and said nothing.
He said, “I want you to sit on me. Would you do that?”
I just shook my head again. I was ashamed, but far more turned on than ever before. He held my hand and brought it down between us. For the first time I touched another man’s hardness. It pleased me to know he was so aroused by me. That gave me the courage to stroke him and experience his pleasure. He guided my hand and I began a rhythm that was taking him to those places I’d been.
I leaned forward and kissed him sweetly, parting his lips and finding his tongue. I sucked it softly and his moans and movements told me he liked it. I was afraid he was gonna come, but he pulled away and whispered in my ear, “Would you like to taste it?”
I froze. I opened my eyes and said to him, “Harold, you probably won’t believe this, but I’ve never had oral sex before. What you did earlier was my first experience with that.”
He looked at me with disbelief at first. Then he raised my head and looked in my eyes and said, “You’re serious, aren’t you?” 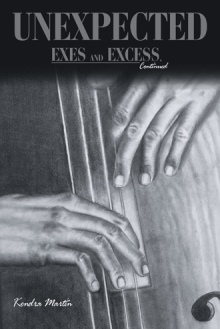 When Felicia marries Todd Wilson, she is only eighteen, and he is just twenty--both young, naïve, and sexually inexperienced. Seven years and two children later, Felicia learns that Todd is cheating on her. It takes her a year, but eventually she gets her divorce.

Kendra Martin is a wife and mother of three from Rochester, N.Y. She and her family currently reside in Raleigh, N.C.