Part One: Shade of Liberation 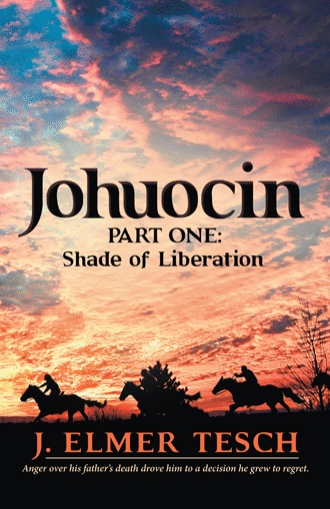 Under the old king, the kingdom of Eldwain prides itself on having a diverse and welcoming society. But the new king, Eldwa the Centurion, is far less tolerant, inflicting heavy taxes and executing those who cannot pay.

In this fantasy novel, a young man makes a deal with a wizard in an attempt to avenge the death of his father and sets out on a journey of discovery.

J. Elmer Tesch has been interested in worlds of fantasy since he was a young teenager, through both literature and games. He wrote this book as he thought about the role-playing games he created for friends when he was younger.