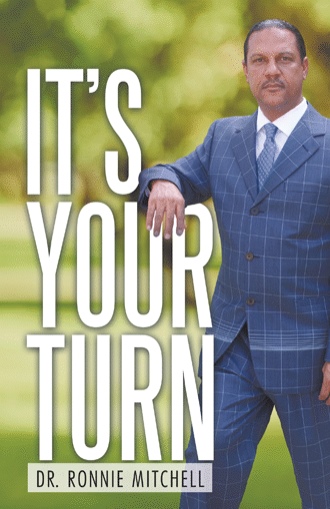 It Is in You
Often, as we pray for God to bless us and to be called from the ashes, God will allow us to stay in a place for a while because He wants us to be resourceful.
Resourcefulness is defined as the ability and creativity to find quick and clever ways to overcome difficulties. God has created us in His image, and having the mind of Christ allows us to be inventive, creative, and ingenious in any situation. We are endowed and equipped with His spirit, where we can rise from any situation by trusting Him. This is how we can go from rags to riches, from living in an apartment to residing in a mansion, from being an employee to owning a Fortune 500 company, from being a sergeant to being honored as a five-star general.
We can do all things through Christ, who strengthens us. Greater is He that is in us than is in the world. The power that resides inside of you will do more than you can imagine. All it takes to harness that power is faith and action.
Faith is believing that what you desire will happen, and action is the steps you must take to accomplish your goal. God is all-powerful, and He can do anything He desires for you without your lifting a finger. However, He is more moved by your faith. Do not be fooled into thinking that you are out of resources. The Enemy will attempt to trick you and make you believe it is over and there is nothing you have or possess that will change your circumstances.
Dig down deep into your soul, and trust God to do all He says He will do. Our minds are the most advanced of anything God has created. “And the Lord God formed man of the dust of the ground, and breathed into his nostrils the breath of life; and man became a living soul” (Genesis 2:7 KJV). He also gave man the mind and the will to have dominion over everything upon this earth. He left out no circumstances or situations. “The Lord will make you the head and not the tail. If you pay attention to the commands of the Lord your God that I give you this day and carefully follow them, you will always be at the top, never at the bottom” (Deuteronomy 28:13 NIV).
People often look in the wrong places for resources. They look for other people to provide what they need to remove them from their present situation. Sometimes there is a price to pay when people give you what you need. They will, at times, want a percentage of the proceeds if commerce is involved. Or they will want their names mentioned or placed on signage so the public will know they helped you.
So make sure you have counted the cost before you make a commitment to someone else to help you. Trust God for the resource, and give Him the glory. I would suggest, before you even consider asking for help, you pray to God for your answer. What you need could be in your house, your pocket, your hand, your backyard, or just an idea God gives you that creates a product—or a manuscript that becomes a book or a movie.
There is always a need in the land, and although you may be the one in need, it is an opportune time for you to meet a need. God always meets your needs when you meet the needs of others. It can be said another way: God will make happen for you what you make happen for others. God knows what you need, and He has provided the resources for you. It just takes a heart for the things of God, and He will give you the resources to meet a need.
David, known as a “man after God’s heart,” was chosen from all of Jesse’s sons to be the king of Israel. No one gave David anything. He was regarded by his father as an outcast and the least likely to succeed in their family. So Jesse put him out into the field to care for the sheep and did not even consider him as a candidate for king of Israel, until the prophet Samuel came to his house looking for a king to anoint.
The Bible describes David as a man who played the harp skillfully, a mighty man of valor, a man of war, prudent in speech, eloquent, attractive, and the Lord was with him. David was anointed with God’s favor. Favor equips you too with all you need to succeed in any situation. After David was named the new king, the Philistines gathered their armies to battle Israel. Among the Philistines was a champion named Goliath, a giant who stood over nine feet tall. The shield he wore weighed more than eighty pounds, along with a brass helmet. He also wore bronze shin armor and a bronze javelin draped across his shoulder. He was feared in all the land, so much so that no one would consider fighting him.
Goliath, however, told the armies of Israel to pick a man to fight with him, and when he killed that man, the Israelites would become servants to the Philistines, or if the man killed Goliath, the Philistines would be Israel’s servants. Saul, still king of Israel, was greatly afraid.
As the battle began, David’s older brothers entreated into the fight, along with King Saul. David was still tending to his father’s sheep while the battle was on and was instructed by Jesse to take food to his brothers and others at the camp. Down in the Valley of Elah, where the armies of Israel were fighting the Philistines, David arrived with the food and met his brothers.

Do you feel like everyone else is doing well while you are falling further and further behind? You are endowed with purpose and can win life’s battles—if you learn from the past while carefully planning for an illustrious future.

It’s Your Turn encourages you to take responsibility and accountability for your thoughts and actions. No matter what the season of your life may be, a positive attitude and the strong belief in the meaning of your existence on this earth can help you reach your goals. Living life intentionally with a thoughtful plan can lead to having good thoughts, taking positive actions, and feeling healthy emotions. You can live without excuses for your mistakes. God will take what the enemy meant for evil and turn it into good. You have the power inside of you to make it happen. Many say God is waiting for you to take the first step—and the first step is actually a first thought. Stop making excuses, learn from your past, and believe right now that it is your turn.

This inspirational guide seeks to help you change your approach to living and thereby enjoy the peace of God and prosper in all areas of your life.