by Walid A. Hindo 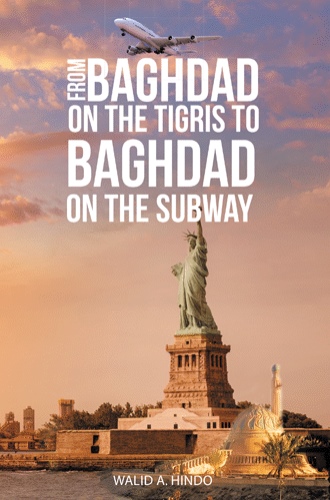 I was a resident in surgery., In July 0f 1968, in new York , when the chief of radiology( who was the only one working ) noticed me. He approached me & off handedly "have you done an angiogram" I said "no sir" "do you like to do one?" He quipped I said "sure what I have to Do" he said there is patient who is about to depart, lying\, with no identity,, picked up by the ambulance from one of the whore houses in the wharf on 50th street. He was naked like a baby. Unconscious, I would like to give you the experience of doing an angiogram, hesitated for a minute "what if something goes wrong, I have never done one before?" He said to me "don't be a sissy, Nothing will go wrong I'll be with you and even if something goes wrong, he is a charity case".

So I went to the charity ward. The man appeared in his late sixty, bald, with few red hairs in his eye brows. No signs of rigidity, normal reflexes, no evidence of trauma visible on his front or back. He looked to me as if he is in deep sleep. And had what appeared to me a grin of satisfaction. I waved all signs of hesitation on my part because the chief of radiology told me that he is going to the Angio suite and I was the only help as the day was Saturday. I shaved the little hairs that were there. Then being satisfied that the area was aseptic, I covered the body with clean sheets and covered the body with a blanket. I started rolling towards the amigo suite. I was about to enter the amigo suite. When the chief of radiology came running down the hall, barely catching his breath and yelled at me "stop, stop" then I saw a whole bunch of people following in. the chief of radiology whispered into my ears"hope you did not nick him while shaving the area" I nodded "negative"A lady tall with indeterminate girth said to me could I see his face . So I pulled the sheet from his face, he still had that smile of satisfaction. The lady said "it is him" and the rest of the people surrounding her nodded their has in the affirmative, when the corridor was empty again I asked the chief who is the man . He said to me He was the chairman of the board who has been missing for a week.

When Walid A. Hindo joined the Military Advance Surgical Group of the first division in Iraq in the 1960s, he knew he was on his own.

His father was one of Iraq’s highest ranking army officials under the old regime, but Hindo went against his father’s wishes to serve in the north, where there was actual hostility.

He soon learned that where you ended up in the army was based on your ethnicity, religion, and tribal relationship. Fortunately, he reported to Dr. B. Boghossian, who helped him escape Iraq by granting him a leave of absence to visit his sick grandfather in Syria.

From there, he went to the United States where he began working at a small hospital in Yonkers, New York. As an intern in the surgery department, he had the chance to ride on ambulance calls, earning $15 per ride.

Hindo reveals his unlikely rise to become one of the Unites States’ most successful doctors, from his early years in Iraq to his time as chairman of the Department of Radiology at Chicago Medical School in From Baghdad on the Tigris to Baghdad on the Subway.

Walid A. Hindo came to the United States to continue his training as a surgeon before switching his focus to radiology. Four years later, he became chairman of the Department of Radiology at Chicago Medical School. He was recognized as the medical school’s best teacher seven times by graduating classes.