The Curse of the Cat Queen 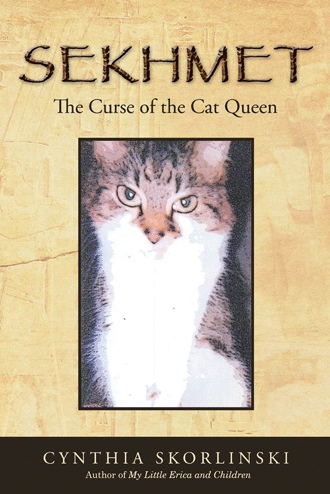 Introduction Paragragh:
The story takes place in Egypt, near the city of Memphis. The time is the Old Kingdom, 2634 BC, Dynasty III. The ruling king is King Sekhemkhet. Before King Sekhemkhet, Queen Sekhmet, a goddess, was the ruler. The new king and his followers killed her. When she died, a curse was put on the Egyptian people and the pyramid she was buried in. The curse confined Sekhmet to the tomb forever. She passed part of her spirit and magic on to an Egyptian cat that guarded her tomb. Sekhmet changed life for everyone with her strong presence and a love of cats. History wrote itself with Sekhmet as the Cat Queen.

Chapter 1:
Anneht looked at a shiny silver box that was eight inches high, eight inches deep, and eighteen inches long. The cover was decorated in glittering gold and rubies. The bottom section of the box—decorated with red and golden rocks—had beautiful green emeralds in each of the lower corners.
Anneht looked up from the box, gleaming with adventure and excitement. Anneht remembered her brother, her family, and her community. She was so excited to lift the lid and find its secret. Anneht risked everything when she decided to open the box. Nothing could stop her. She pressed her fingers against the box and closed her eyes for a second. She was almost in a trance.
Inside the box, red sand and yellow, red, green, and blue jewels glittered among the sand crystals. They danced like nothing she had ever seen. Anneht touched the rocks, and the room filled with magic. No one had told her about the magic. She suddenly remembered the curse. Sekhmet was confined in the box. The curse was real.
Everyone in the village knew about the secret curse in the box. No one would ever touch it or disturb it. The queen had been killed and was trapped in the box for eternity. There was a deadly curse on the box.
Anneht’s parents said, “Never open the box. Never search for the box. Let it stay in the ruins of the Egyptian king.” Adults told the children about the box’s curse. The vault of Queen Sekhmet was never to be discovered or opened.
Sekhmet was confined to the cursed box forever. 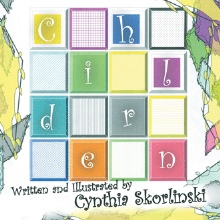 Within the Old Kingdom of ancient Egypt, seventeen-year-old Anneht knows it is a great time to be a woman. But everything changes when her brother enters a pyramid, finds a secret box that contains the cursed spirit of Queen Sekhmet, and opens it. As red sand spews out of the box and swirls around him, Anneht’s brother takes his last breath.

Although Anneht has promised her father she will never enter the pyramids like her brother, curiosity and a thirst for a great adventure eventually lead her to the entrance of Sekhmet to unearth the box—and hopefully the truth. As she heads down the passageway and into the unknown, Anneht makes an amazing discovery that leads her to a new destiny.

In this juvenile mystery, an Egyptian teenager sets out on a dangerous quest to discover the truth behind an ancient curse trapped inside a pyramid.

Cynthia Skorlinski grew up in Cochrane, Wisconsin and graduated from the University of Minnesota where she studied art, music, biology, and education. While at the Mayo Clinic, Cynthia worked as lab technician and computer medical graphics artist. She currently works for Carolinas Healthcare System, Levine Cancer Institute. Cynthia owned Cynthia’s Designs, a graphic design firm, and has displayed her art in galleries in Minnesota and North Carolina. The mother of an adult daughter resides in Charlotte, North Carolina. Sekhmet is her third book.