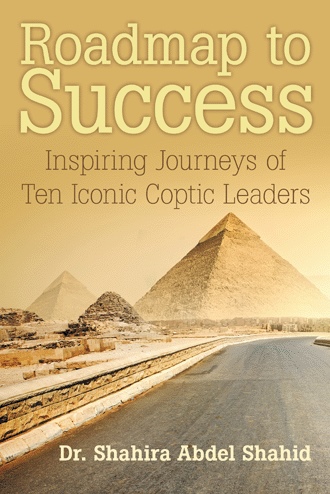 A Brief Introduction to the Ten Iconic Coptic Leaders Professor Rashad Barsoum is an emeritus professor of internal medicine and has been the chairman of the Cairo Kidney Center since 1987. Professor Rashad is a legend in his field. He has written many research papers in his area, chaired several international societies, worked as a visiting professor in various countries, and earned several international awards. Professor Rashad taught many students who are now famous doctors in Egypt, the United Kingdom, the United States, Canada, and Australia. His students follow his pioneering school of thought, which includes being ethical and using evidence-based medicine.
Dr. Georgette Kalliny is vice chairman in the Administrative Prosecutor’s Authority. She was previously a very prominent member of parliament in Egypt, serving for a period of ten years (2000–2010). She addressed a number of difficult political issues during that time, and was particularly concerned about defending individuals’ rights. She is also a former member of the National Council for Human Rights in Egypt and the National Council for Women in Egypt.
Dr. Gawdat Gabra is a visiting clinical professor of Coptic Studies at Claremont Graduate University, California, USA, and co-editor in chief of the Claremont Coptic Encyclopedia. He was the first Egyptian to earn a PhD degree in Coptology, at Münster University in Germany. Dr. Gawdat is also the former director of the Coptic Museum in Cairo, and was in charge of its renovation and revival. He has written several books about Coptic Egypt.
Dr. Mona Zaki is an international strategist and marketing expert, whose excellent communication skills made her successful in chairing two companies. She is the founder and chief executive officer of Global Strategic Consultants in Egypt, and Art and Business International Company in Hungary. Dr. Mona received the Grand Cross of Honor from the Republic of Austria in 2004, and the Knight Cross of Merit of Hungary in 2012.
Father Daoud Lamei is a visionary priest at Saint Mark Church in Heliopolis, Cairo. He is well known for his Bible-based sermons and community development projects in poor villages in most of Egypt’s governorates. He has recently called for a renewed emphasis on evangelism outside Egypt, which is encouraging the Coptic Orthodox Church to re-engage in a very important role it has neglected for centuries. His preaching work encompasses twenty-nine countries in Africa and Asia.
Ms. Marie Bishara is a fashion designer and vice chairman of Bishara Textile and Garment Manufacturing Company (BTM). She was the first fashion designer in Egypt and the Middle East to be invited to attend the formal Official Fashion Week in Paris, in 2007. Marie succeeded in strongly building her brand name, Marie Bishara, in Egypt and internationally. She is also very passionate about reviving Egypt’s leading role on the international scene, promoting young Egyptian designers, and supporting philanthropic activities.
Mr. Maged Shawky is the vice chairman and managing director of Beltone Financial Holding. Maged resigned from the helm of the Egyptian Exchange at a critical time, just six months before the first Egyptian revolution erupted in January 2011. Maged not only survived the challenging period after his resignation, but succeeded in shifting his career and joining one of the top investment banks in Egypt. He completely turned the bank around, from loss to profit, in one year.
Ms. Reem Asaad left Egypt to attend university in the United States. She stayed there for seventeen years, and successfully became an information technology projects manager at AIG. She returned to Egypt in 2005, and purposely declined offers to join multinational firms operating in Egypt, choosing instead to become the information technology manager of one of the fastest-growing companies in Egypt, Raya Holding Company. After a short period, Reem was promoted, and became the first and only woman CEO of Raya Data Center in 2012, one of the eleven affiliate companies owned by Raya Holding Company.
Mr. Karim Saad is the chairman of Samcrete, a conglomerate that focuses on engineering and construction in Egypt, and the managing director of Sami Saad Holding (SONID). SONID has undertaken various projects with several international companies, including Daimler, Schweppes, Siemens, Steigenberger, and Samsung. Much can be learned from Karim’s focus on promoting leaders in Samcrete. Karim is currently involved in the transformation of his family business into a publicly traded company on the Egyptian Exchange, to ensure its sustainability and growth for the coming fifty years.
The youngest leader, Ms. Mira Nassif, is a former African judo champion, and currently a professional judo coach. She started her own jewelry business, Miracle Design, in 2010. She is the first Christian jewelry designer in Egypt to mix traditional Arabic calligraphy with Christian verses. Mira moved to the United States in 2012, where she earned two certificates in sports and arts, and began her MBA studies in 2015. She intends to return to Egypt in 2017, after earning her MBA degree, to start a new business, Miracle Center, which will specialize in training athletes in fitness, visual arts, and fashion.
Why Did I Define These Leaders as Iconic?
I deliberately chose the word iconic because it has a double meaning. In the dictionary definition, iconic refers to famous people who are significant and notable in their areas of expertise. In Coptic art, an icon is a painting depicting religious figures and saints, such as Saint Mary. I am defining the ten Coptic leaders as iconic because of their excellence in their areas of expertise, just as Coptic saints were remarkable in their lives.

Dr. Shahira Abdel Shahid focused on Copts, or Christian Egyptians, to draw attention to their achievements and contributions to the Egyptian society, and to the world at large.

She conducted in-depth interviews with ten iconic Coptic leaders, including an investment banker, a fashion designer, a Coptologist, an emeritus professor of medicine, a renowned priest, and others. Women are equally represented to emphasize the important role played by women in society.

The interviews covered various topics such as the interviewee’s mission, their values, their role models, the impact their Coptic faith had on their success, their definition of leadership, the challenges they have met, the lessons they have learned, their daily schedules, their future projects, and the impact they want to leave on the world.

The book will motivate any person facing difficulties or challenges, living in Egypt or in another country, to be positive, proactive, have faith, take action to change his or her circumstances, and fulfill his or her mission.

If you’re facing any type of challenge, you’ll be inspired by the message of hope in Roadmap to Success.

The Middle East Outreach Council (MEOC) is a US national non-profit organization established in 1981. It is working to increase public knowledge about peoples, places, and cultures of the Middle East.

MEOC established the Annual Middle East Book Award in 1999 to recognize books for children and young adults that contribute meaningfully for the understanding of the Middle East.

Books that are nominated for the awards are judged on the authenticity of their portrayal of a Middle Eastern subject, as well as, their characterization, plot and appeal for the intended audience.

A committee of MEOC members including teachers, librarians, outreach coordinators, and other educators select award winners and (if deemed appropriate honorable mention titles) in three categories:

The announcement was made during MEOC Business Meeting that took place at Marriott Wardman Park Hotel, Washington D.C. on 19 November 2017.

Dr. Shahira Abdel Shahid earned her master’s and PhD degrees in finance, from the universities of Strathclyde and Aston, in the UK. She holds a BA and an MBA in Business Administration from the American University in Cairo, Egypt. She has thirty years of experience in advisory services, investment banking, feasibility and research writing, and part-time teaching. She is the senior advisor to the executive chairman of the Egyptian Exchange.