We Are Our Own Worst Enemy 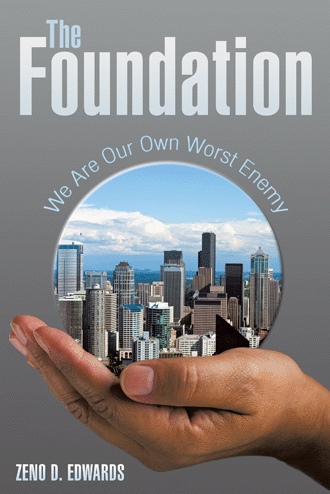 Odell was reviewing his calendar for the upcoming month, when he received an urgent phone call from Mike Boller. “Odell, I just finished visiting with your main man, Jimmie Nelson. He just informed me that he is concerned about your leadership, and he wants to opt out of your operation. He wants to go to work for Brad Henry in Chicago. He cites that your operation is out of control, and he wants to go somewhere where he can make a difference.”

Jimmie had driven some fifty miles in his rental car to San Diego to have a personal conversation with Mike Boller.

Odell was both stunned and embarrassed by the news! He reflected on how he had gone through great lengths to talk Mike into allowing him to hire Jimmie and give him a full relocation package, instead of hiring a local talent. Mike had to get a special exception from headquarters because the Zywork Corporation policy didn’t allow relocation money for any position outside of the general manager’s role. Jimmie had already spent over $30,000 in relocation fees. Now he was deserting the operation and leaving Odell with mud on his face. Odell was flabbergasted! Jimmie Nelson, his friend, whom he had been defending against Francis Ambrosia, the biggest and most influential monster in Los Angeles—had just sold him down the river. There was nothing that Odell could say to Mike Boller. He knew this was another strike against him. This one might be that final blow. Also, it didn’t help that Jimmie was a fellow African-American. At this point, all Odell could do was apologize to Mike for the money spent.

Jimmie never had any intentions of relocating to Los Angeles; it was all a sham: He used Odell to increase his base salary by 15%, which established his new baseline for future pay. Also, he used much of the relocation money to buy personal things for his wife and family back in Chicago.

Being somewhat of a politician, through his connections, Jimmie had discovered some information that Odell didn’t have. There was a rumor going around that something big was going to happen to the ZBS LA operation. Thus, Jimmie had been secretly working with Brad Henry, his former boss who was also black, to get him a job back in Chicago. He convinced Brad that Odell was in over his head, and the ZBS LA operation was falling apart. Brad never bothered to call Odell to validate Jimmie’s story. He readily believed everything that Jimmie said because he had met Odell back in Chicago and frankly, didn’t see him as a good Joe Corporate citizen—politically astute.

Odell Williams grows up amid a humble background, encouraged by a loving mother who teaches him that working hard and treating people with dignity and respect will bring success. After vowing to make something out of his life to reward his mother for her selfless investment in his college education, Odell begins his journey into the business world.

Fulfilling his mission to repay his mother for her personal sacrifices soon becomes challenging as Odell realizes that diversity and individualism are not understood or tolerated in corporate America. Still, even as he faces numerous roadblocks, Odell manages to persevere within a vicious environment of deceit and betrayal where he finds himself constantly struggling to understand the unwritten rules of corporate behavior. But as his destiny leads him into an unknown future, Odell must rely on his wife’s strength and his own as his journey comes full circle and takes him to a place he never could have imagined.

In this inspirational tale, a courageous black man seeks a new beginning in corporate America where he discovers that achieving success is not easy in the unforgiving world of big business.

Zeno D. Edwards earned a bachelor’s degree in Accounting from North Carolina Central University and an MBA from City University of Seattle. His diverse career has led him to serve in several leadership positions at five fortune 500 companies and now as an adjunct professor at Strayer University. He currently resides in Morrisville, North Carolina.