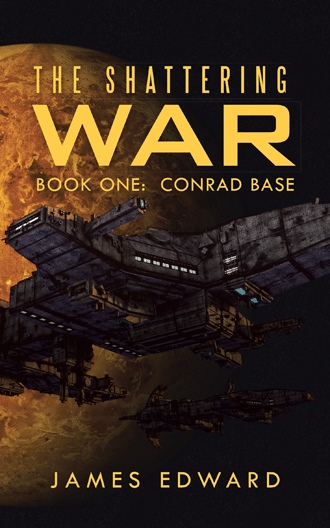 “Sir! We have missile launch, coming from approx. 90 degree on our starboard side.” The tactical officer exclaimed.

“Go to General quarters, full power to the shields. Where and what kind of missiles and from whom?” Jeb Julliard barked as both he and Ray started scanning their readouts.

“Sensors go active full range. Lt. Braden I want counter measures up now, I also want a target. Coms, start announcing us to whomever is out there that fired those missiles.” Ray said as calmly as he could as the claxton for General Quarters started to pulse away. “And turn off the claxton.”

“Tactical sir,” Lilly said it identify herself from other reports coming in. “6 missiles on a bearing of 92 degree relative, range 70,000 klicks impact in 12 seconds. They are identified as tiger class ship killers. Countermeasures have been launched.”

Ray could feel the ship shudder as the counter measures started up. He could almost hear the roar of the chain guns as they tracked the 6 incoming missiles. His lasers were lit up the darkness as they engaged the missiles. One by one the missiles exploded.

After twenty-two years in the service, Ray Hunter is a disgraced fleet captain, having put his crew and frigate in harm’s way. He’s about to get kicked out, but he is offered an enticing off-the-books proposition.

Admiral Weatherfew tells Hunter he has the right mix of experience in both command and administration, and he’d be a perfect fit for a black operation to build a force to counter the rising threat of the Parliamentary Ruling Council. If Hunter accepts, he’s told not to fail or the world will be plunged into a dark age of despotism and mayhem, and millions will die.

Hunter is asked to enter a non-descript system with no habitable planets to create an infrastructure as a last-ditch effort against the anarchy and chaos that’s slowly destroying the empire. He must not only build this safe haven, but gather people and materials to defend it against all comers.

James Edward worked most of his life in the oil patch in northern and western Canada as well as in Jordan, United Arab Emirates, and the Philippines. He is now retired and spends his time writing. He currently lives in British Columbia.