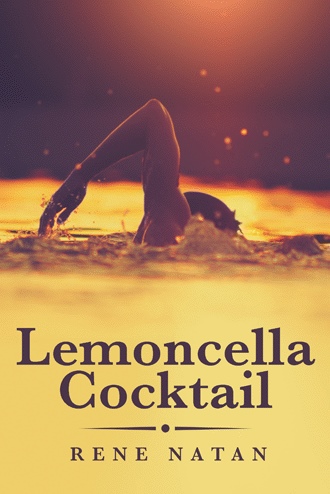 Patrick Carter trudged along the road, dragging one foot after the other. Life was full of miseries, he thought, as he kicked a stone out of the way. His pickup had exhaled its last breath, his job as bartender had evaporated, and he had no money to pay the rent for that dump his landlord called ‘living accommodation.’ He wondered why he was walking home. Home? What home? He didn’t have one! It was twilight and getting chillier by the minute. He would probably be all frozen up by the time he was home.

As the road turned to flank more closely the Ausable River, he heard a cry, then a distinctive shout: “No, no! Don’t!” A splash. Then a soft but insistent yap, yaap, yaap! Patrick rushed down the steep incline, holding on to the biggest branches to avoid slipping. The river flowed fast at that point, and stones punctuated the shoreline. The arms of a person emerged out of the surface, only to disappear underneath soon after. Patrick climbed on the highest boulder in front of him and plunged into the water. With a few powerful strokes he got hold of the struggling person but it took him several minutes to overcome the strong current as he swam sideways to carry the woman ashore. She was young, a teenager, it seemed, her short dress ripped in several places. By the time they reached safety there was very little left of her clothing, her young body almost exposed. He kneeled, ready to practise CPR. There was no need. She spat water right away, making Patrick sigh with relief. She was alive and safe, fortunately. A noise from the bushes became insistent and soon after a pup appeared and rushed to the girl’s side. He began licking her face and her arms.

“What happened?” Patrick asked. He helped the girl stand up and tried to keep the dog away from her.

The girl dismissed his question. “My car is here, somewhere,” she said and looked around. “The keys are inside.”

“Let’s go back to the road. This way.” He pointed at the direction to his right. “It must be somewhere there since I saw no car when I walked this way.”

The girl shook water from her long hair, got rid of the only flip-flop she had on and, in doing so, lost her balance. Patrick grabbed her by the waist and held her up. “Why don’t you sit here while I look for the car?”

She grabbed him by the arm. “No! No! Stay with me. I’ll walk with you.” For the first time she looked into his eyes. She was clearly frightened, shaking from head to toe.

There was no answer. This was what I need, Patrick thought as he half supported, half dragged the barefoot girl toward the road. A parked gray Buick soon drifted into sight. Patrick opened the door, lifted the girl up and gently deposited her in the passenger seat. The pup jumped onto her lap, uninvited. He then walked around, turned on the engine and set the heat to max. He clicked the trunk open and went to look for a blanket or something of the kind. He found an old coat. “Get rid of your clothes and wear this,” he said with authority to the girl as he took his place in front of the steering wheel. He moved the seat back as much as he could to accommodate his long legs. He then took off his windbreaker jacket and threw it in one of the corners of the back seats. He grabbed the pup by the neck’s nape and set it on the back seat behind him. “Stay,” he commanded in a firm voice. He glanced at the girl, and he couldn’t decide if she was very scared or just sick.

“I’ll take you to the hospital.”

“No! I’m fine. My grandma’s cottage is very close. Take me there.”

“Yes. Straight for a couple of miles then turn left. I’ll tell you when we’re there.” She’d gotten rid of what remained of her dress and wrapped the old coat tight around her body.

Because of his troubled past, twenty-five-year-old Patrick Carter is determined to live a life without confrontation. A lifeguard by day and a bartender by night, he’s content with his care-free daily routine, whiling away the summer on the shores of Lake Huron in southern Ontario.

But one day, as he walks along the Ausable River on his way home, a cry for help makes him plunge into the river’s strong current and pull fourteen-year-old Samantha McLeod to safety. Samantha, believed to be a witness to a massive weapons exchange, is marked to death by ruthless arms dealers—along with the man who saved her.

A task force, established to safeguard the country against terrorist attacks, hunts down Oscar Calander, responsible for the weapons trade that is spreading from the Yukon to Ontario. They don’t spare efforts or technological advances, even using drones in the attempt to destroy the deadly traffic.

Patrick Carter is not keen on cooperating with the task force, reluctant to move from his comfort zone to a world of suspicion and violence. He wavers—and his hesitation could be costly.

Rene Natan (aka Irene Gargantini Strybosch) is the author of several short stories and ten novels, in genres varying from thriller to romantic suspense. Some of these have gained international recognition. The Blackpox Threat won first place in the 2012 Dragonfly Book Awards and was a finalist in the 2011 National Indie Excellence Awards; The Loves and Tribulations of Detective Stephen Carlton got Silver in the 2015 Global Ebook Awards; The Woman in Black won Second Place in the 2015 Five Star Dragonfly Awards. Her books are available on Amazon.com and Smashwords.com. A former professor of computer science with Western University, she lives in Strathroy, Ontario. Visit her online at http://www.vermeil.biz.