Everyone wants to be on the guest list…except the reluctant bride and groom. 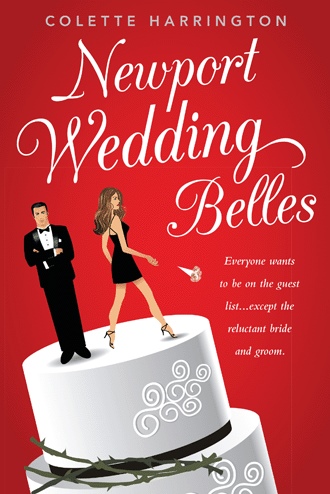 Prescott Borden tumbled out of bed like dice itching to be rolled.
“I’m in love and this time I mean it,” the devilish bachelor mused to himself on a wicked hot May morning in Boston.
It was the city’s second straight week of blistering heat, and across New England, everyone was on fire with spring fever. Particularly Prescott. He could hear chirping birds and smell the blossoming flowers from Bean Town’s famous Public Garden beckoning him to the balcony of his Four Seasons penthouse suite. Even though the sliding glass doors were closed, in his mind romance was springing up everywhere.
For Prescott there was no bigger thrill than finding the one true love of his life. The incorrigible single firmly believed in “love at first sight” since it happened to him so often. And last night was no different than many others. Boy sees girl, boy likes girl, and boy decides to spy on girl - from a non-stalking distance, of course. Very few things fell into the stockbroker’s hands by accident. There was always a bullish plan of action. But the only inside information he’d gathered about the “head turning” blond checking into the luxurious hotel was her room number, 508. A mere 10 floors down from his penthouse. He might need to “accidentally” get off on the fifth floor and linger around the ice machine. Certainly, his old pal Joe from security, who he needed to speak with anyway, could help facilitate an accidental meeting. With cameras rolling everywhere and a handsome tip, the entire hotel was a player’s paradise.

Sugar Lynn Limehouse is a feisty Southern belle desperate to save her family owned newspaper from going under. She invests everything into a Broadway bound play written by her best friend and award winning columnist, Tiffany James. The Boston debut will determine their future and ticket sales are dismal. On opening night, a chance encounter with billionaire Prescott Borden and his supermodel girlfriend changes their fortunes. Tiffany stumbles into the arguing couple headed out of their hotel suite. The pretty playwright is mistaken for the “other woman” by the notorious cover girl. All the tabloids have a field day with the fierce attack, caught by security cameras. Now they have the world’s attention and Prescott takes an interest in the head-turning writer. He charms Tiffany into allowing him to manage the media inquiries, with a hidden agenda of clearing his own name. She’s infatuated and agrees to attend the premiere together. Sugar is shocked. Her newspaper is at risk and he’s bad news. Their charismatic personalities clash, while the sweet natured Tiffany tries to please both, to no avail. Their banter heats up and heightens the sexual tension simmering between them. Despite the disagreements, the show is a huge hit. The press loves the playboy and playwright pairing. Everyone expects favorable reviews, but instead a new video tape surfaces. One that will cause a tabloid frenzy and force the rivals to partner up in the most unexpected way.

Colette Harrington is also co-writer of the film, Only God Can, which was released at the box office to outstanding reviews. She hosted the TV show Sweet Carolina and has worked in talk radio. She’s a member of the Screen Actors Guild, and writer of the award winning play Marble House. She currently resides in Newport, Rhode Island, along with her husband and 3 cats and enjoys acting in local theater. Visit Colette at: www.coletteharrington.com https://www.facebook.com/coletteharringtonauthor/